The young designers from the architecture firm, ORA based in Znojmo, Czech Republic, completed a house inside the remains of an old building in Zadní Arnoštov, a village in the Moravia region. A project for the grand architecture that respects its layers of history without creating a historical fake. 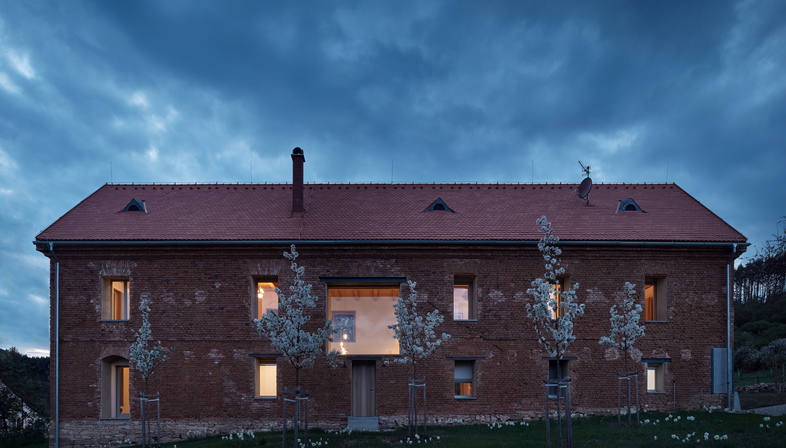 The architects from ORA, young designers who operate in Moravia, and who specialize in projects for rural and small contexts, were faced with a tough ask for this work. The clients wanted to rebuild an old farmstead. This grand old building from the past suffered considerable damage after being turned into a granary during the communist regime. Unfortunately, when the architects carefully studied the construction, they discovered that the interiors had been completely destroyed by that conversion, although the home had lost none of its original grandeur.
Even now, its position, the way it soars skywards and the way the building material has stood the test of time all showcase its innate value. The problem was that only the brick shell and roof of the original homestead survived.
So, together with the owners of the home, ORA came up with a concept that makes the most of the layers of its unique past rather than just reconstructing an imitation. So, they completely gutted the interiors and recreated the layout of the farmstead with two floors rather than the three of the granary, all to the original scale as well. Then they added new, large openings in the facade to respond to the changing needs.
The new core, to all intents and purpose a house inside the ruin, was slightly offset from the shell to make it clear that it was a new, separate entity. The architects reused the structurally sound wooden beams in the ceilings and as trusses. Most of the original material remained and was simply rearranged.
The result is a visual juxtaposition of past and present, where the new building is visible through the openings in the old walls and, against this, the old walls become part of the add-in home through the new windows.
The landscaping was also an essential part of the project by ORA and was entrusted to the landscape architect, Štěpánka Černá. The garden of the house was designed to become a natural part of the local rural landscape of the village of Zadní Arnoštov in the Moravia region. There is no real fencing, and the boundary is hinted at only by fragments of low walls and a corten steel gate, connecting the garden to the surrounding orchards, meadows and hawthorns that are “borrowed” from the immediate vicinity.
The architects from ORA consider “House Inside a Ruin” to be their manifesto of how it is possible to treat old houses. According to them, when confronted with testaments from the past, it is not necessary to lose the authenticity of old age. The wrecking ball is not required and nor is the dogmatic reconstruction of what had been there in the past, which in the end would stand out as a historical fake. At the same time, for ORA, it is possible to build economically using modern materials and achieve the required parameters, as we can see here. 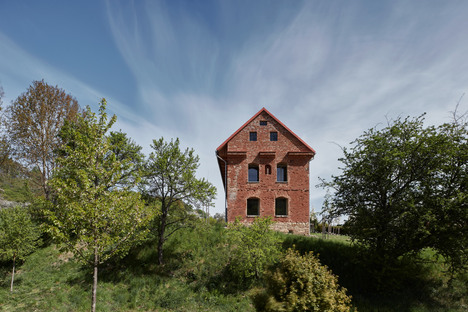 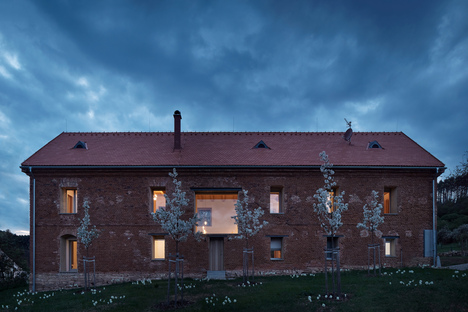 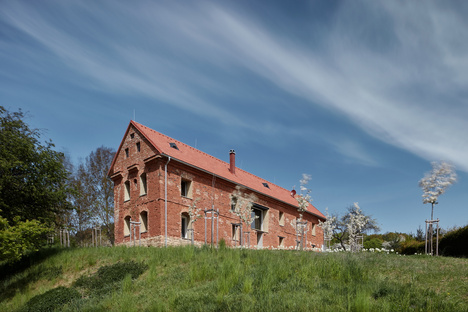 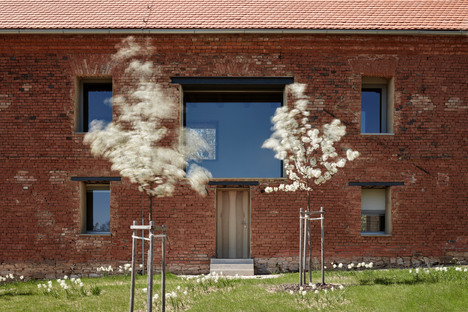 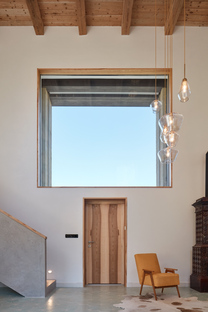 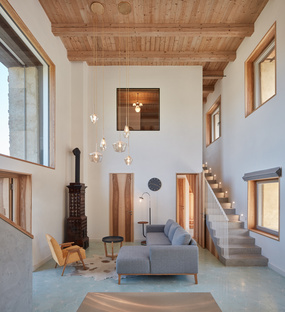 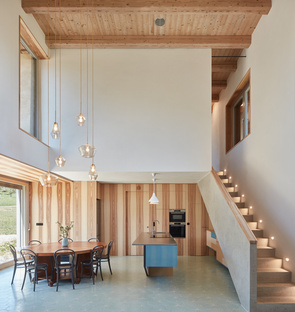 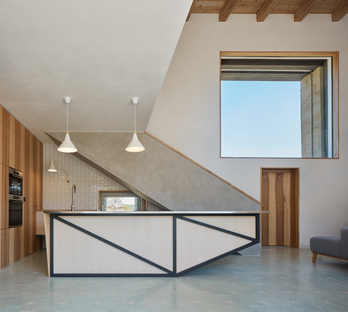 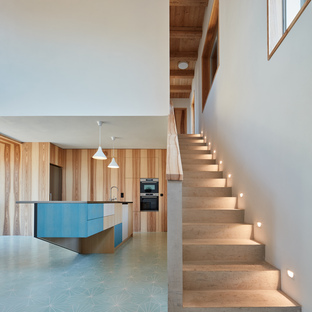 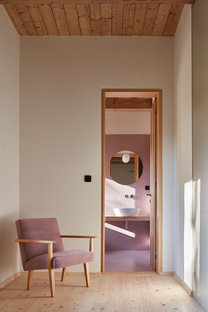 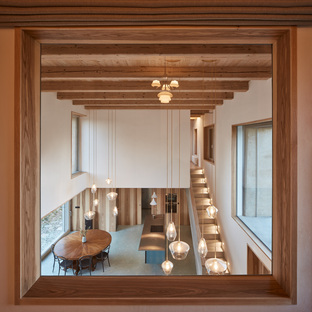 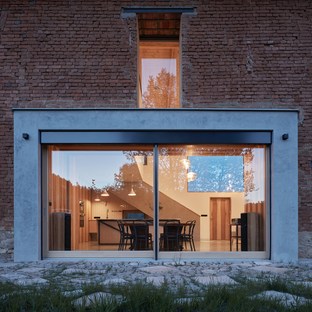 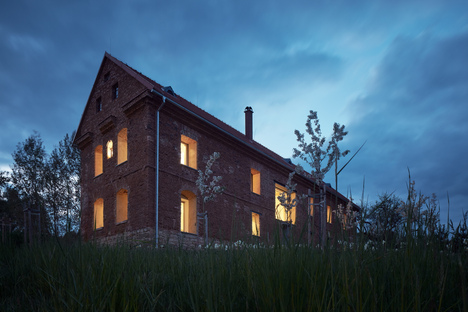