Czech studio ORA Architects has completed the first stage in conversion of a former ceramic factory in Moravia into a venue for social events and farm holidays, with refurbishment of the Baroque building in the centre of the complex, which was originally built as a coach inn on the road between Prague and Vienna. 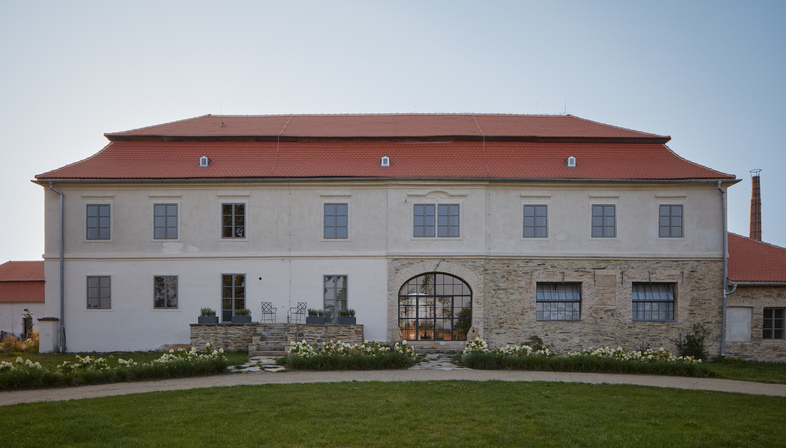 We already know Barbora Hora, Jan Hora and Jan Veisser, the architects of ORA, which stands for “Original Regional Architecture”, for their work in the local and historic context of Moravia, the region they live in. In this project, they worked on part of a stratified existing construction, a former ceramic factory complex located in the hills outside the village of Kravsko, near Znojmo. The central building in the complex is a Baroque construction which used to be a coach inn accommodating travellers on the road between Prague and Vienna. Kocanda Kravsko arose out of this historic context, paying tribute to it. The construction continued to fulful its original function as an inn even after a ceramic kiln was added in the nineteenth century, remaining in operation until the 1990s. After this, the complex fell into ruin, until the current owners, natives of Kravsko, decided to redevelop the property to host social events and an agritourism establishing, and contacted ORA Architects.
The first step in the project was refurbishment of the Baroque construction, removing subsequent additions to create a harmonious whole and restore the compact nature of the original construction. All this was to be done without adding too many new elements. In fact, the visible traces of the work performed have become an integral part of the design, as in the case of the plaster, which has been repaired only where necessary, creating an interesting pattern on the façade that visually and materially tells the story of the building’s past and present.
The architects report that their work in the building’s interior was “intentionally Spartan, but it does not lack friendliness. It is clear everywhere that we are in an old house.” To achieve this they also used old furniture, such as tables, wardrobes and chairs, as well as old cast iron bathtubs: all items the architects found and brought from various parts of the country, or bought from their preferred antiquarian.
A key part of Kocanda Kravsko’s storytelling is the original gypsum moulds used to make ceramics. These found objects, in themselves mere utensils for production, are hung up around the house, so that they become objects with an aesthetic quality of their own, recalling local history while offering visitors an insight into how pottery is made.
ORA Architects also designed the exterior of the complex, where the garden has been divided into different sections: in front of the Kocanda is a representative park with centuries-old Douglas Fir trees, while in the newer part of the complex there is now a restaurant with a small garden for growing zero-kilometre produce. Around the older industrial constructions, the architects opted for wilder, more informal landscaping, encouraging a sort of rewilding of the site. Lastly, a pond in one corner of the garden is filled with rainwater from the roof of the renovated building. The refurbishment project will be followed by subsequent steps in the conversion of the former ceramic factory site measuring more than six thousand square metres. Kocanda Kravsko opened its doors to guests in 2020 and was immediately named best restored monument in the region of southern Moravia. 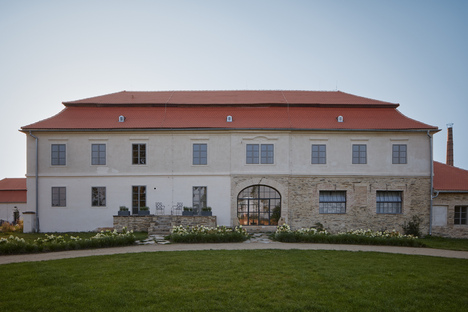 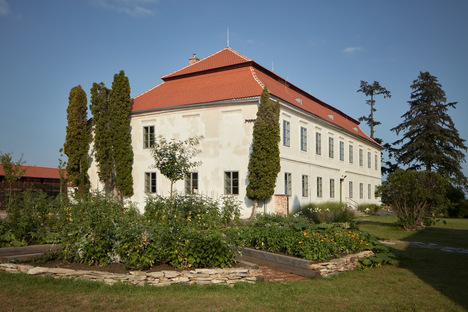 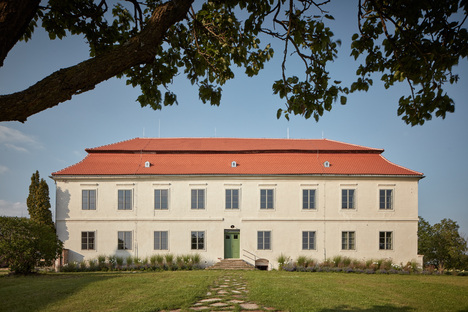 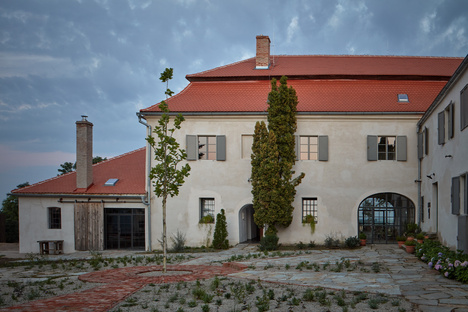 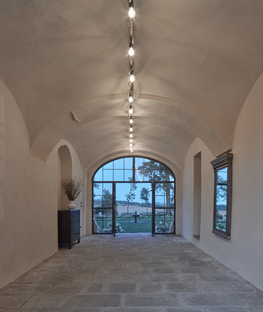 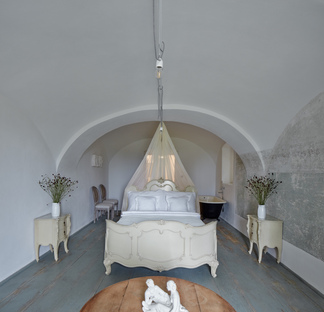 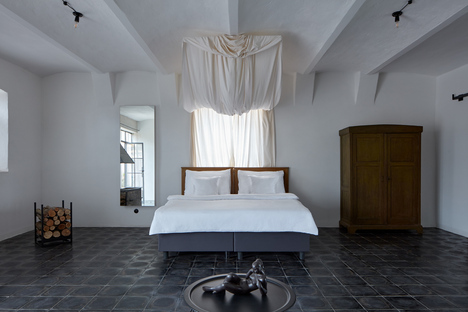 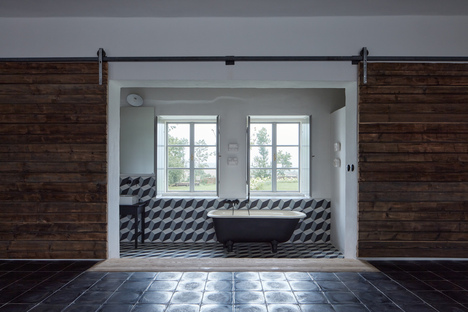 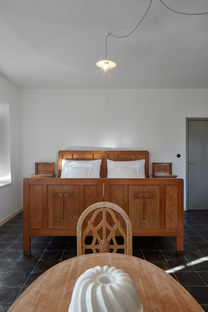 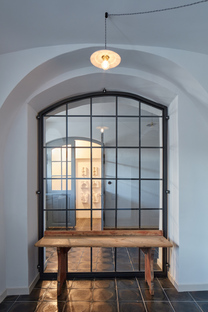 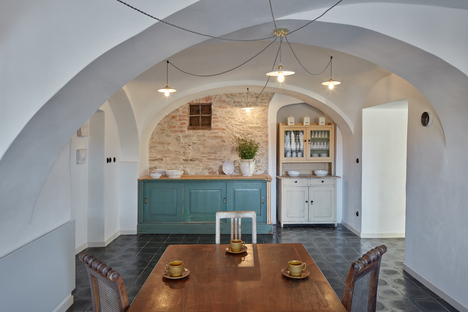 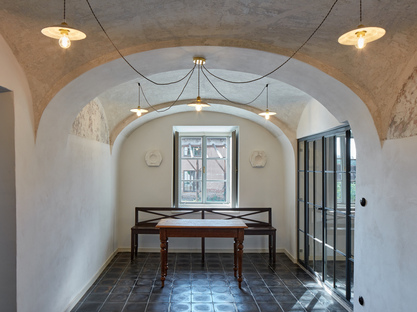 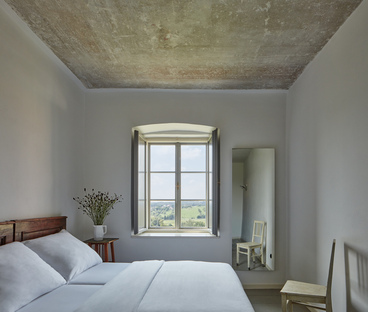 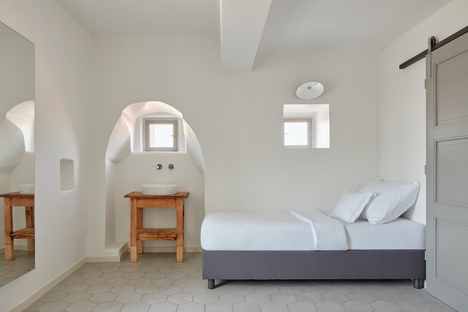