The architects of Czech studio ORA have built a winery in their home town, Znojmo, blending local history with contemporary conviviality, using carefully chosen construction materials in a prestigious landscape and urban setting. 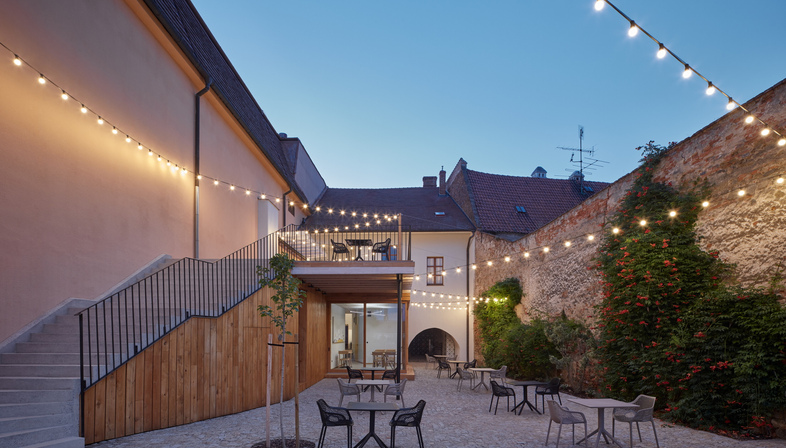 “ We're young studio based in Znojmo in South Moravia in Czech Republic. We're interested in the environment we live in. Our main focus is the small town and its context.” This is how the architects of Czech studio ORA, Jan Veisser and Jan and Barbora Ora, introduce themselves. In their hometown, Znojmo, on the River Dyie, only a few kilometres from the Austrian bornder and 55 km southwest of Brno, they created Winery Nešetři by renovating and extending a Renaissance home on Masaryk Square in the town’s historic centre.
The idea was to create a place for making, selling and tasting wine which could also host parties and events and provide accommodations for guests. Not an easy task, in this dense urban fabric, where the architects had to make good use of every available square centimetre and propose an addition capable of fitting harmoniously into its historic context.
The architects of ORA began by opening a little wine bar in the existing building, in a space naturally divided in two by a pair of cross vaults.  The first part, with a distinctive chandelier in the shape of a cross like the vaults, provides seating, with a long bench, while the second part is dominated by a bar and an elegant wine rack.
The second element in ORA’s project is the main entrance to the Winery, the gateway to the wine cellar where the wine is actually made and to the first-floor guest rooms. Next to it is the true fulcrum of the project: an open courtyard between high walls. The imposing main wall is the ancient stone wall of a former Capuchin monastery, while the second wall is bare, part of a vast cultural centre built in the late 1980s but no longer in operation for many years now. The courtyard offers fine views over the monastery gardens and the town’s iconic courthouse: an effect the architects obtained by lowering the enclosure wall and demolishing sheds standing in the courtyard.
The client also asked ORA to build an extension on the existing building to respond to the winery’s operative requirements and contain service areas. The architects strategically positioned the addition in the courtyard, along the wall of the cultural centre, constructing a contemporary pavilion of wood, concrete and steel with a walkable rooftop terrace. In short, a pleasant extension of the courtyard which can be reached via a staircase.
Below this new element are the cellars, accessed via a door hidden in the façade. In this part of the construction, it is interesting to note that, in order to retain the authenticity of the underground, the architects of ORA limited their interference to making the vaults safe. In terms of layout, however, the cellars on the first level, the winery’s main production area, contain stainless steel tanks, while the barrels in which the wine is aged are located on the second level, directly connected with Znojmo’s vast network of underground passageways dating back to the Renaissance.
In Winery Nešetři the architects of ORA confirm their talent for working in difficult historic contexts, demonstrating great respect even while adding elegant, highly contemporary new elements. 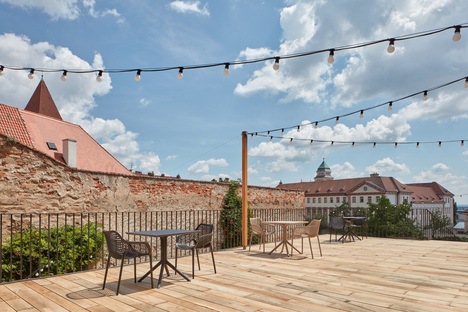 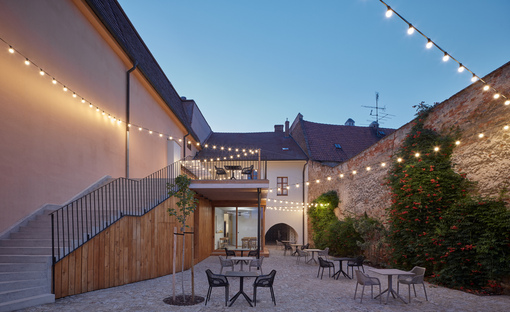 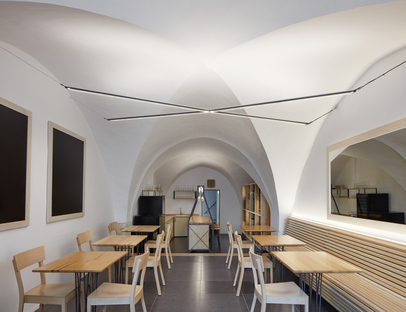 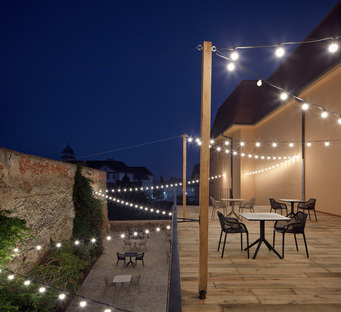 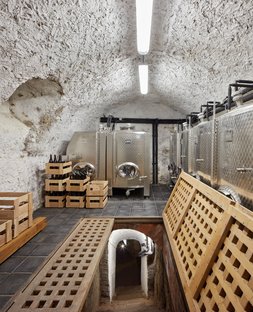 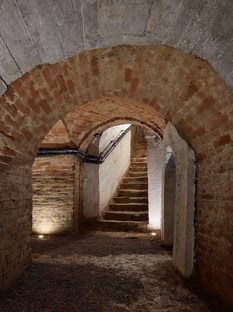 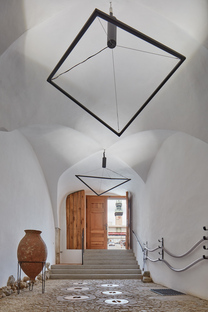 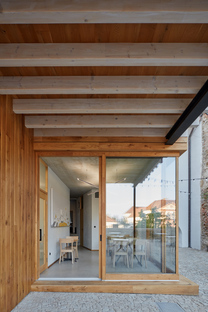 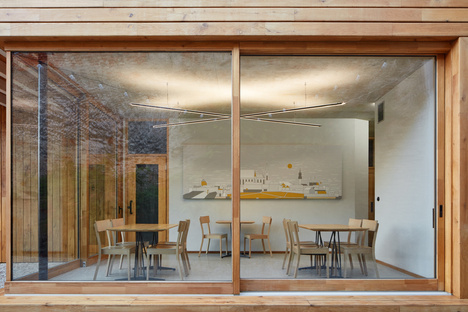 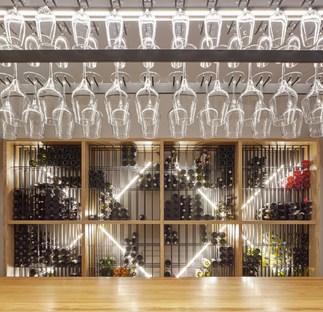 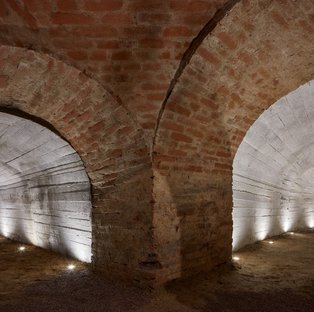