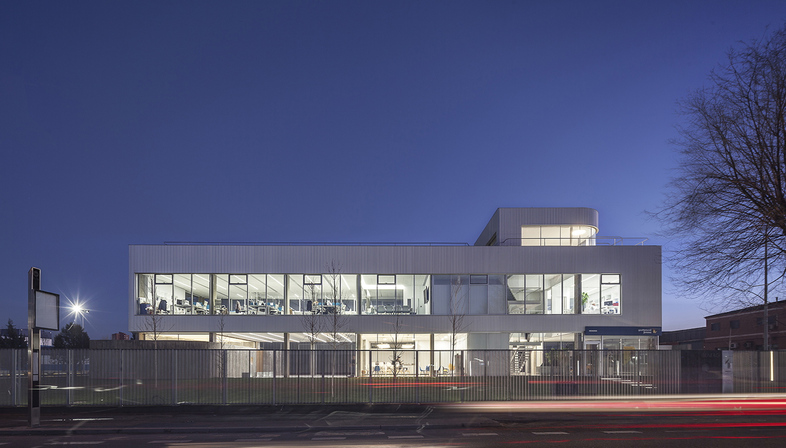 Spanish architecture firm Taller Abierta designed the Ibenergi headquarters in Toledo. A project that proposes a more person-centred and enjoyable workplace, seeking to connect the interiors with the rural landscape around the building.


Ibenergi is an energy consulting company and its new administrative and logistics centre is located in an industrial estate in Toledo, Spain. The town's harsh summers forced the Taller Abierto architects to come up with design solutions that would use daylight and at the same time protect the interiors from direct sunlight.
The architects divided the project into two volumes, one housing the offices and the other a logistics warehouse. Reinforced concrete was used for both structures and the stairs and bathrooms are the only permanent fixtures. The rest of the floorplan is designed to be as flexible as possible. Rounded transparent methacrylate room dividers and light wood panels are used to separate areas, and the layout of the technical systems make configuration of the workspaces quick and easy to change and adapt to future needs.
The main office building has a large open space for phone operators, smaller office areas and some meeting rooms, distributed over two levels. A classroom area has been set up in a separate, external closed space with daylight entering from above.
The office building facade is glass and aluminium, with large, north-facing windows on the first floor guaranteeing a visual connection with the outdoor area. By contrast, the south-facing openings are mainly on the ground floor to take advantage of the slight overhang from the first floor that filters the light in summer. Taller Abierto also came up with a clever landscaping design, integrating trellises and pergolas that provide shading and are even more efficient in summer due to the climbing plants.
All the plant species in the garden were carefully selected, and the branches of the
deciduous maple, ginkgo, lime and pear trees draw pretty patterns of shadows on the white facades of the two volumes. Then, when the leaves change colour in autumn, they create spectacular chromatic effects.
The perforated sheet metal fencing around the Iberenergi headquarters emulates the aluminium cladding of the screened facade. The interiors - floors, ceiling, lighting and air-conditioning - follow the same grid pattern as the structure and facade.
The end result is an ethereal and light architecture that despite its bulk blends harmoniously and pleasantly into its surroundings, as we can see in the photos taken by Spanish architecture photographer, Montse Zamorano. 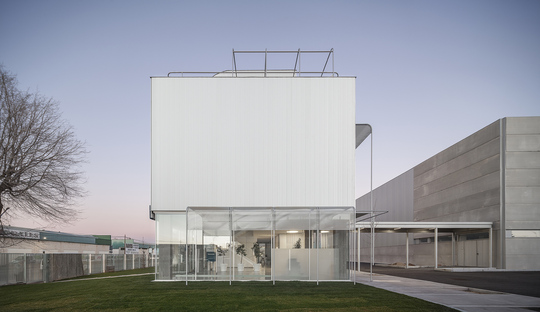 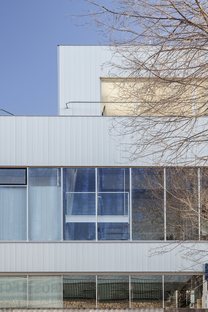 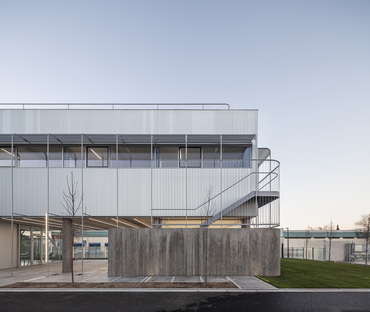 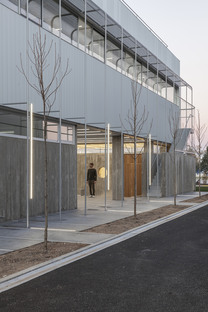 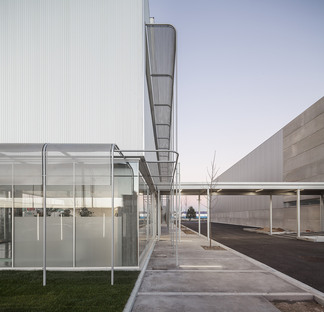 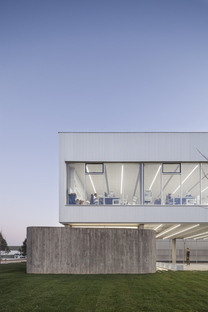 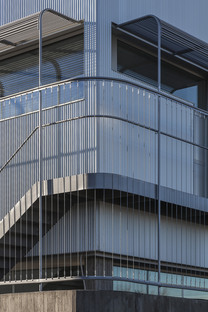 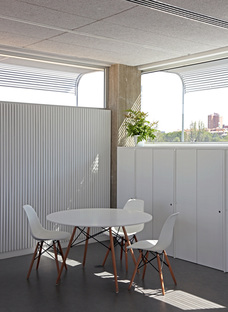 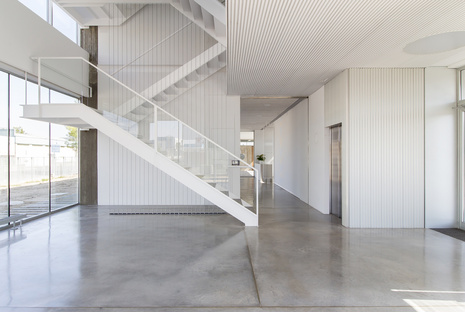 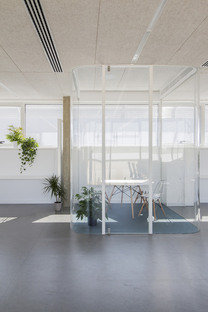 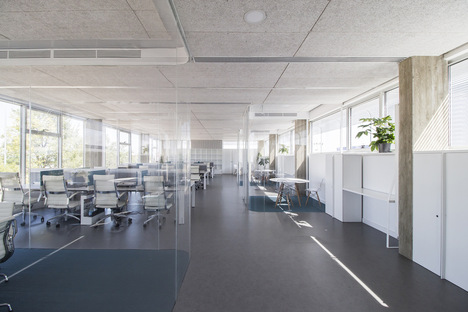 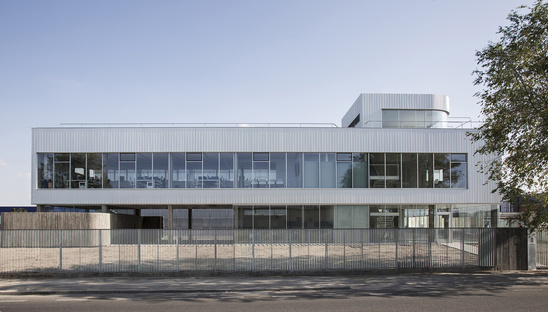 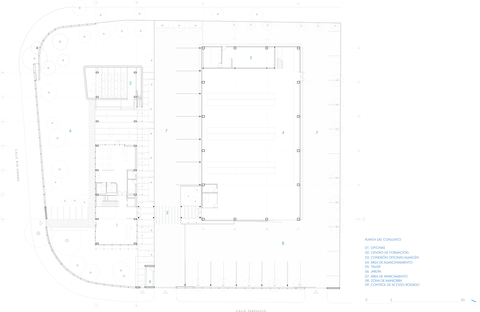 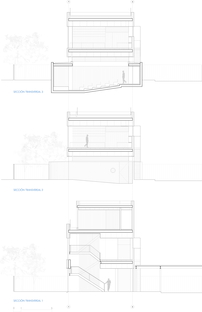