The Jorge Almazán Architects studio has designed the renovation of a pre-existing building in Honjo, Japan, as a new home for a fashion critic. The architects' intervention made it possible to create a spacious house full of natural light, as well as respectful of resources and of the environment. 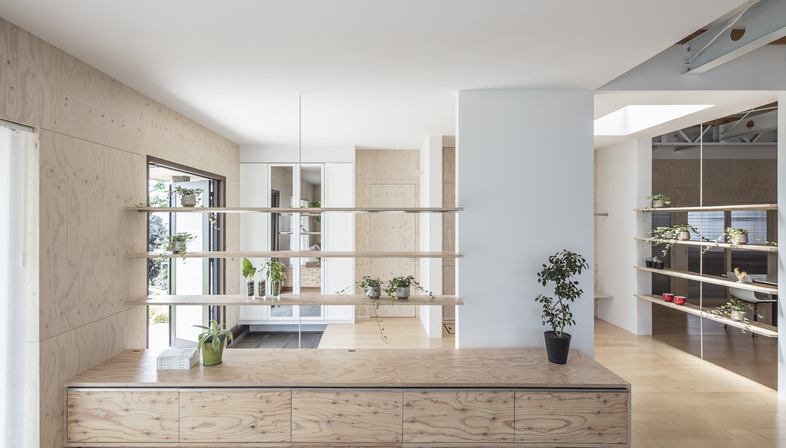 What happens when fashion and architecture meet? Something very beautiful and balanced, yet with an equally strong character! At least this is the result of the project conceived by Jorge Almazán Architects for a fashion critic in Japan. In line with their vocation to create "environmentally responsible and socially inclusive spaces", the fact that the client was looking to renovate a pre-existing building close to the company where she works, rather than have something new built, was already a great source of inspiration for the Tokyo-based studio, with projects completed in Japan and Spain. With a graceful mix of Japanese material sensibility and Mediterranean urban liveliness, a home is born conceived not only for living, but also for hosting gatherings with family and friends.
The focus of the intervention carried out by Jorge Almazán Architects was to reorganise the existing spaces, adapting the house to new needs. The original building was initially subdivided into several small and rather dark rooms. The proposal eliminates most of the interior walls to create an open space and removes the existing ceiling to increase its height. With this design gesture, the steel beams are partially exposed, to create an industrial feeling.
The resulting large open space is subdivided into various areas: the entrance, slightly separated from the rest of the home by a bookcase, the kitchen, the dining room and the living area. The choice of the hanging shelves for the separation allows to filter the degree of transparency thanks to the number, type and position of the objects arranged on the shelves.
The centre of the open space is the kitchen, a multifunctional island where the person cooking faces the dining area, while the necessary storage and appliances are built-in under the counter and into the surrounding walls. As architect Jorge Almazán explains, his idea was that of creating a dining room and a living room with multiple uses. The large dining table, 3 meters long, can be used for dining, but also for holding conferences. The simplicity of the furniture is the very basis of the flexibility with which the spaces of the renovated house can be used: by simply moving the furniture, it is possible to make room for physical exercise or for children to play. Moreover, the new panoramic window features a deep sill, so much so that it has become "livable". Indeed, the new owner grows herbs on this windowsill, adding a small indoor garden to the living room.
The owner's passion for clothing is reflected in the marked materiality of the intervention. As architect Jorge Almazán explains "each element is "dressed" with a distinctive tactile and visual experience: the cold hardness of both the stainless steel kitchen and the white marble dining table; the softness of the leather sofas; the warm roughness of the plywood of the walls and shelves, the smoothness of the birch wood flooring, and the plaster on walls and ceilings."
As for sustainability, the designers have placed a great deal of emphasis on the home's thermal comfort factor, which plays an important role in a city characterised by sweltering summers and cold winters. The solutions chosen by the architects are cross ventilation and underfloor heating.
The attentive remake of an old house in the countryside of Honjo by Jorge Almazán Architects and photographed by Montse Zamorano offers us a pleasant internal oasis, in step with the times. 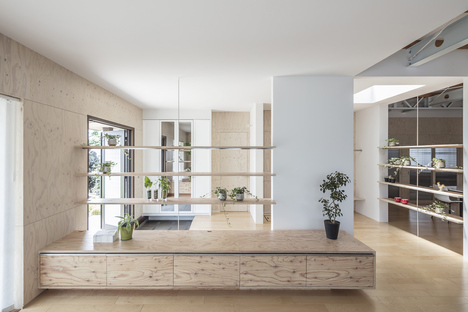 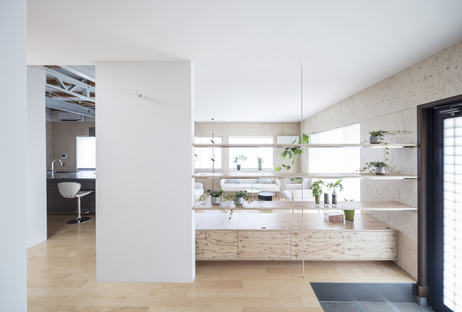 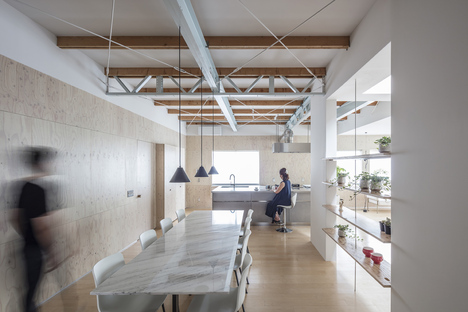 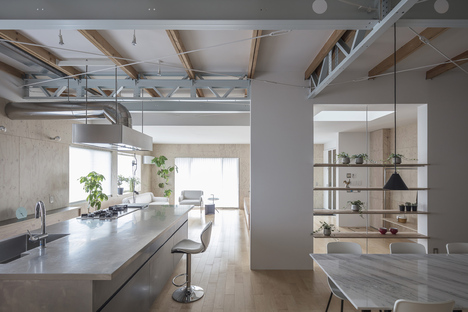 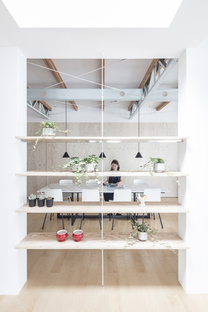 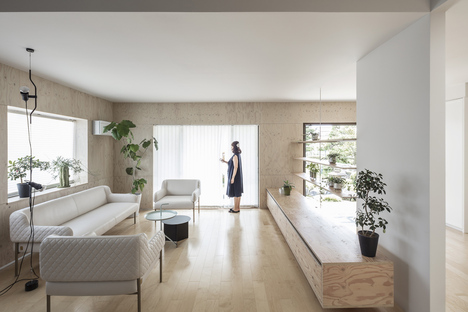 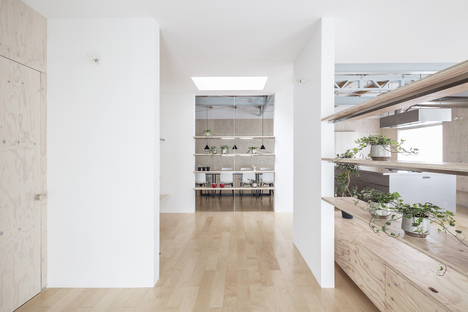 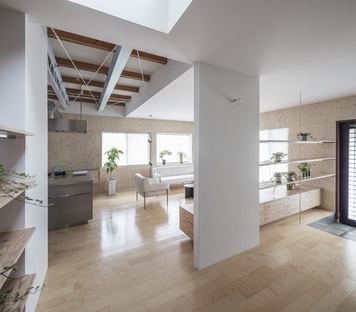 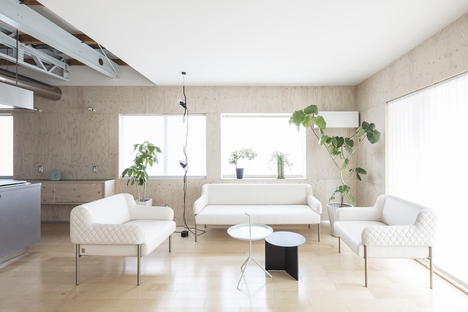 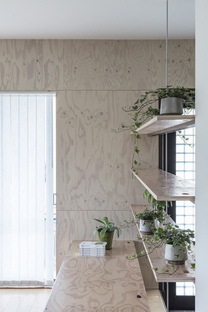 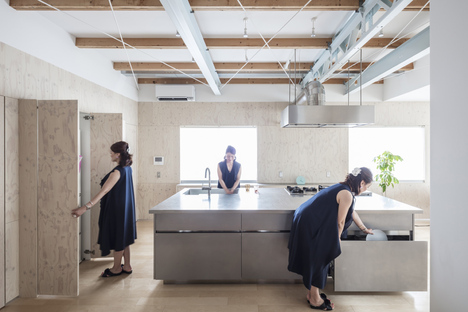 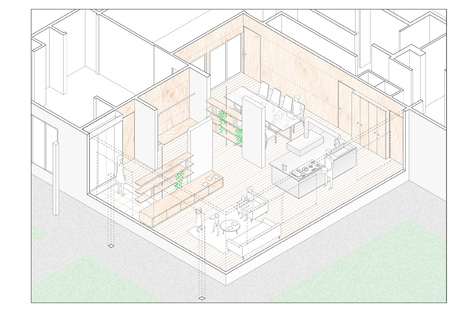