Luzinterruptus, the Spanish creative collective was in Sierra de Guadarrama, where they created a small environmental lighting installation that they call an act of artistic guerrilla warfare. A creative, temporary action resulting from the observation of this drought-ridden landscape, interpreted with the use of light. 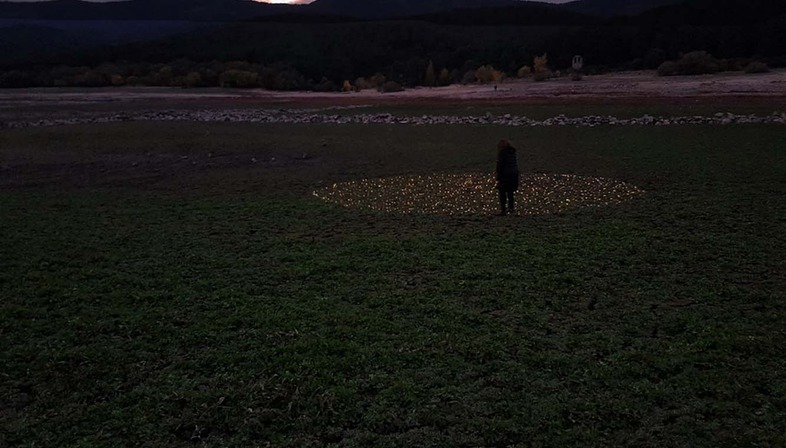 “Life is what happens to you while you're busy making other plans” is a famous John Lennon quote that could easily describe what happened last October to the artists from the Spanish creative collective Luzinterruptus. They were at the Valle de Los Caídos basilica and memorial monument to Francisco Franco in the municipality of San Lorenzo de El Escorial, near Madrid, where their intention was to leave a luminous mark after the exhumation of the dictator’s remains. At that point, they realised there was really nothing they could add to an event of this kind.
At that point, they turned their thoughts elsewhere so their journey would not be in vain and they found the perfect landscape to engender an artistic project that had been in the back of their minds for ages.
La Jarosa is a reservoir in the Sierra de Guadarrama mountain range that has been decimated by a radical reduction in water due to the lack of rain and last summer’s searing temperatures. A fact that is directly attributable to the climate crisis. At the end of October, this large body of water had shrunk to 30% of its capacity, 26 per cent less than the same period in 2018.
A bleak situation with a small reserve of water that looked more like a pond leaving an area of cracked mud lightly covered in lichen and weeds that had grown after some light rain had fallen on the days prior to the arrival of Luzinterruptus. The dam, once invisible because it was covered by the water, seemed even more distant and at odds with its purpose, as if it had no place being there given the lack of water. Of course, this is the kind of situation that gets the creative juices of the team from Luzinterruptus flowing and they determined the centre of that dry field towards dusk, where they used blue powder to draw a circle, 10 metres in diameter. Then they proceeded to position thin strips of LED lights between the cracks in the parched terrain, using their bare hands to move the clumps of earth, with this physical contact bringing the effects of the drought even closer to home.

It took them a couple of hours to fill all the cracks and as darkness fell, a circle of light appeared. This was a truly poetic, elegant result in the middle of this large patch of land, now exposed, once covered in water. The artists left the lights in place until the middle of the night because they wanted people to see it from the roads around the reservoir, sparking their interest and driving them to wonder about this mysterious circle in the middle of the reservoir. In the end, as they always do, they cleared everything away, leaving no physical traces of their work, their only physical evidence being the great photos taken by Melisa Hernández that give us an idea of the emotions of the moment. We can now only hope that the autumn rains will restore this landscape to its original state and that the wounds of the earth can slowly heal under a generous stream of water.
A small act, with no damage at all to the context, leaving only the images of a striking visual impact. Knowing how attentive they are to environmental issues, we can’t wait to see what Luzinterruptus has in mind for the UN climate summit to be held in Madrid in December. 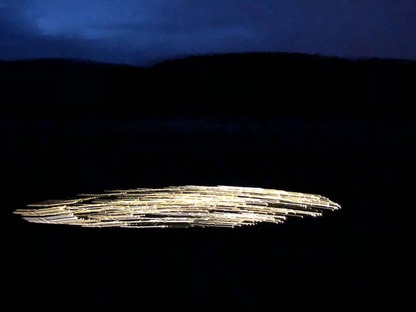 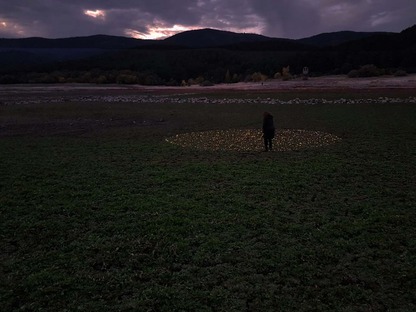 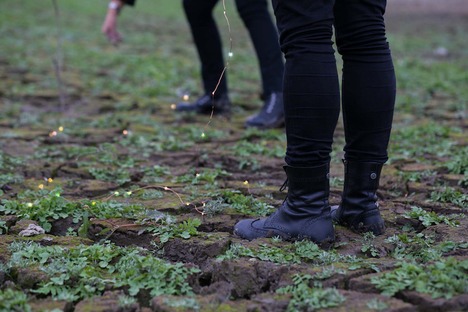 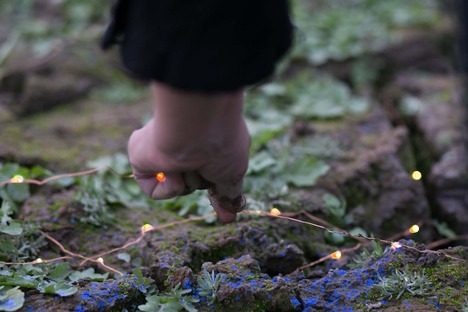 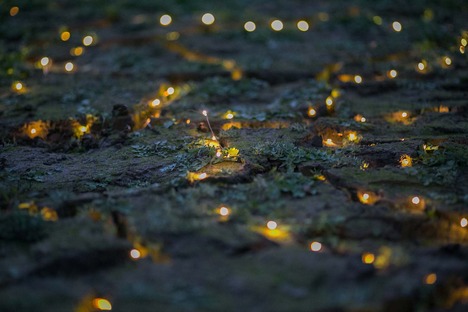 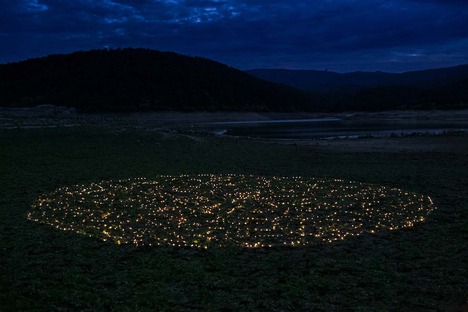 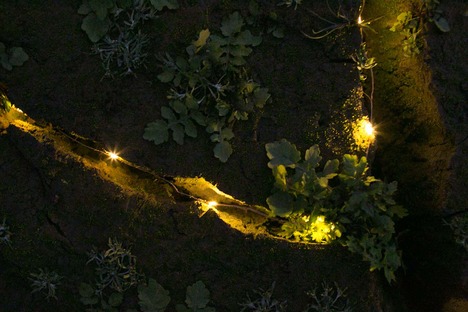 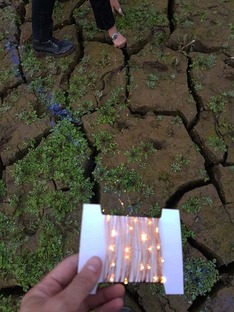 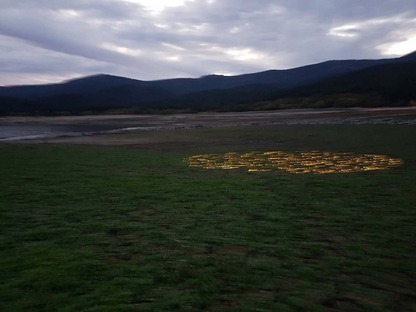 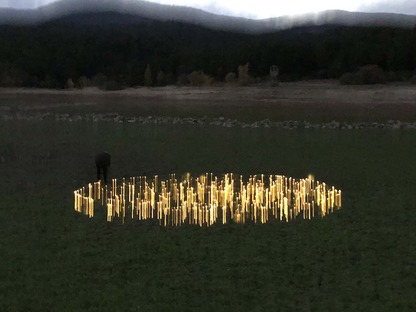 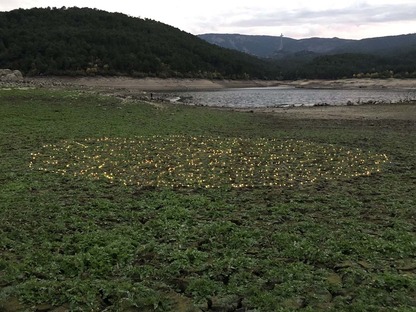 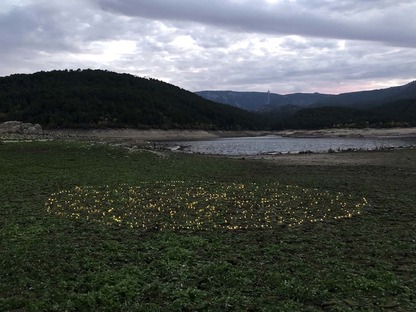