The national participation of Indonesia at the Arsenale for the 16th International Architecture Exhibition – La Biennale di Venezia really blew us away. 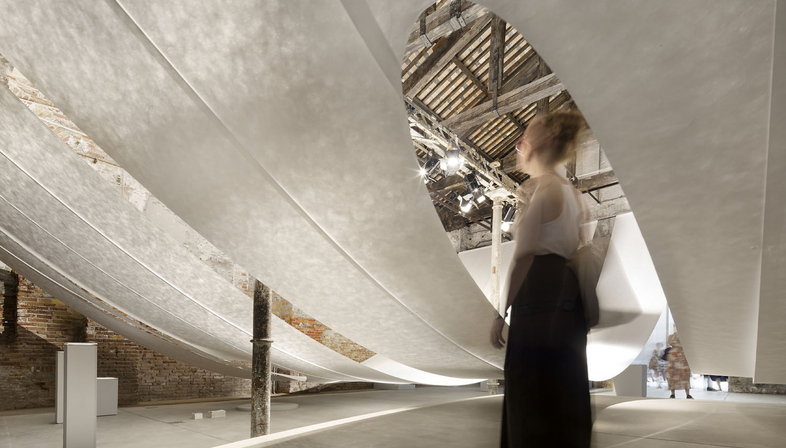 The national participation of Indonesia at the Arsenale for the 16th International Architecture Exhibition – La Biennale di Venezia really blew us away. Sunyata: The Poetics of Emptiness is an installation that explores the beauty of empty space as the essence of Freespace.


Anyone who knows the Venice Architecture Biennale, particularly during the preview, is well aware of how crowded the pavilions are, witnesses to a real pilgrimage of industry experts. In a context as fast-paced as this, an installation like the one offered by Indonesia is even more impressive. No videos, no images, no colour - just a large space defined by long sheets of soft white paper, hand-sewn together by the curatorial team with some 9,600 stitches, punctuated by circular openings where visitors can stop and look at the abstract emptiness symbolised by the pure whiteness of the sheets. And if you concentrate hard enough you can also hear the soundtrack - the sounds of everyday life in Indonesia.
“Enjoy the silence” is the invitation on the long benches alongside the installation that immediately made us think of the Depeche Mode song of the same name, where this contemplation of emptiness is at the centre of the music video, perfectly summing up the atmosphere created by Sunyata: The Poetics of Emptiness.
We had a conversation with Ary Indrajanto, curator with David Hutama, Adwitya Dimas Satria, Ardy Hartono, Jonathan Aditya Gahari, Johanes Adika Gahari about Indonesia's national participation in this exhibition that conveys the quintessential Freespace, the intangibility of space, which turns out to be a sensation. An installation whose provocative nature matches its elegant, harmonious presentation.
The Republic of Indonesia is a presidential democracy, the world's largest island-state with more than 17,000 islands and the 4th most populous country with over 261 million people. It has a long history and tradition, documented since the seventh century AD. A country where it is easier to know local places like Bali or Lombok than its entirety, composed of various ethnic, linguistic and religious groups.
It was almost impossible to come up with a common denominator in the architectural tradition of such a diversified nation to bring to the Venice Biennale as an example of Freespace, not least of which because, historically, space-making was not an urban planning prerogative for the Indonesian archipelago. What's more, Freespace in such a densely populated land is a real luxury.
This led to the choice of emptiness as the common basis for the research of the Indonesia pavilion curators, who represent its intrinsic value with simple but powerful resources. Because Sunyata. The Poetics of Emptiness allows us to plunge, at least for a moment, into a space without distractions where we can feel that spatial vibration that goes beyond design and architecture, instead becoming a singular and personal experience, a bit like in the video we mentioned. Emptiness is manifested as an absence of form, whose quest and creation - in keeping with Javanese tradition - is first and foremost spiritual.
The exhibition is accompanied by an app and a catalogue with examples of Indonesian architecture - historical and modern - that makes emptiness its focal point. Because “Emptiness here is comprehended as an active entity; a singularity that functions as a prominent agency in life and at the same time, as a void which demands to be conquered.” 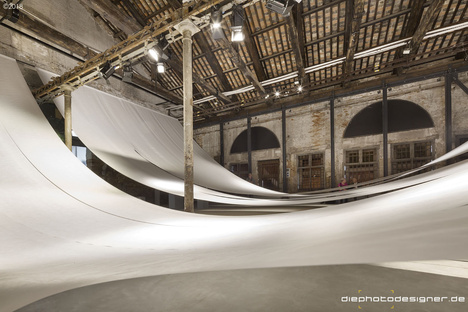 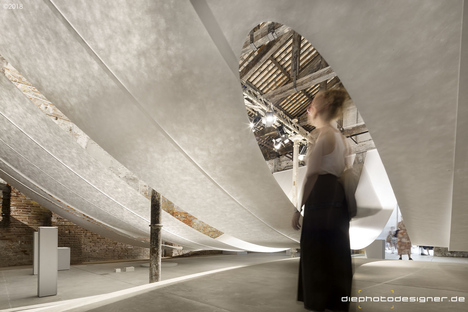 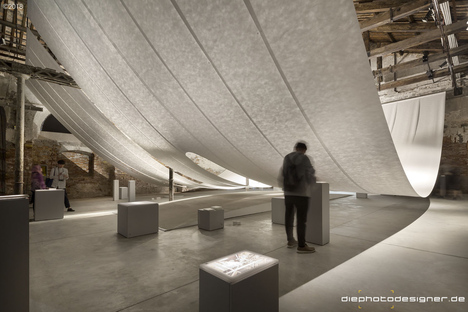 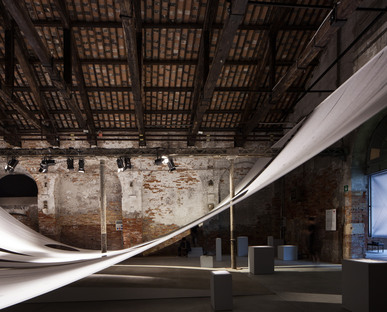 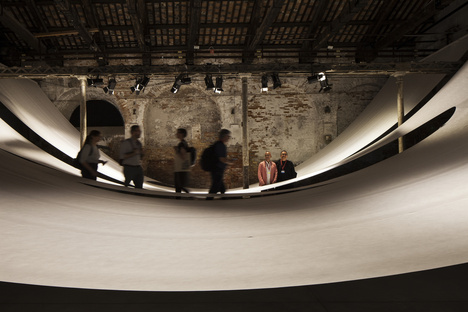