Rotterdam is a Mecca for fans of contemporary architecture, with impressive buildings and landmarks. But this Dutch city hides some of its oldest treasures, magnificent examples of industrial architecture that include the De Esch waterworks, turned into a residential zone in the 1970s. 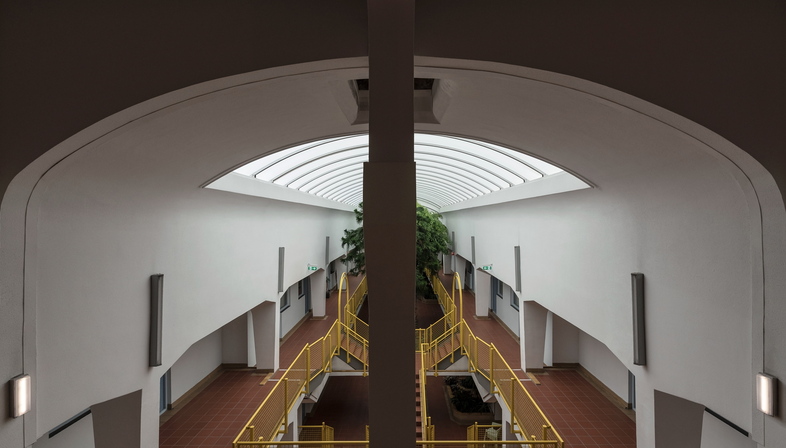 Downtown Rotterdam, most of which was destroyed in 1940 is a mosaic of contrasting architectural styles: icons of the Dutch school of modernism represented by Nieuwe Bouwen stand alongside the quaint post-war reconstruction architecture of the ‘60s, ‘70s and ‘80s. These historical buildings cheerfully communicate with the hypermodern towers and urban landmarks built in the last few decades, like the Erasmusbrug by UNStudio and the Markthal by MVRDV,
Making it a real paradise for architecture buffs. But you can also find some architectural gems outside the city centre, places like the Rotterdam waterworks (De Rotterdamse Drinkwaterleiding - DWL) constructed in 1873, a complex on the Oude Plantage in line with the Honingerdijk, way outside the city limits of the time. The complex was designed by a local architect, Van der Tak and water from the river was first treated in two large settling ponds and then biologically purified in a series of smaller ponds with layers of sand and gravel.  A 48-metre tall water tower with a 1000-m3 reservoir at the top of the building was designed in a hotchpotch of styles: Romanesque, Neo-Renaissance and Moorish.
After the DWL waterworks was decommissioned in 1977, the site was turned into a residential zone, a very early instance of reusing industrial architecture in the Netherlands. Some of the buildings were retained and repurposed. The former pumping station was converted into a shopping centre, even featuring a dance hall, while the director’s residence is now into a medical centre. The water tower houses a restaurant, apartments and offices, and one of the workshop buildings (pavilion 4) has been turned into a theatre. Two of the industrial filtering buildings were converted into housing for young people and a third is an architecture studio.
Along the Abram van Rijckevorselweg is an elongated residential building that acts as a barrier against the traffic noise from the nearby expressway. Lots of attention also went into the courtyard garden on the ground floor. A row of urban villas partly sits on a pond, which ensures that the buildings remain some distance from the open central monumental strip. This green zone sets up a connection with the De Esch polder. The mix of monumental old buildings and services infrastructures with new buildings has generated a residential zone with an unprecedented spatial quality on the site of the DWL waterworks.
We can enjoy the real beauty of this use through the shots taken by the architecture photographer Gianluca Giordano. His photos accompanied the brief of the “Ivrea, industrial city of the 20th century” application for UNESCO heritage-listing and his respectful approach to industrial architecture can also be seen in these images, which have been given special dignity. 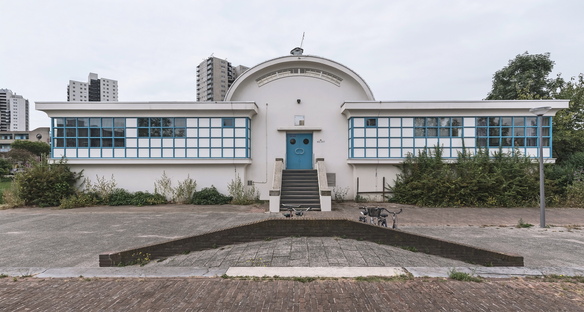 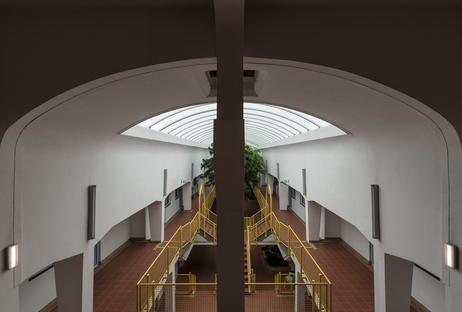 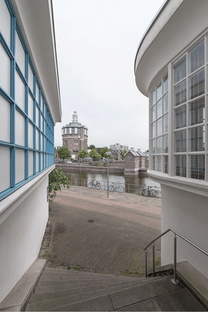 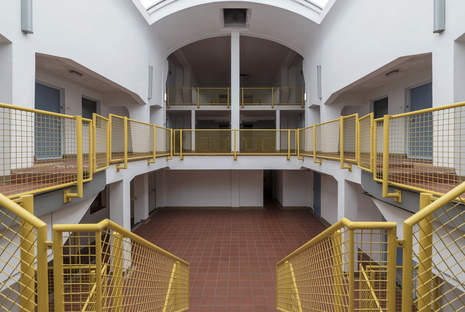 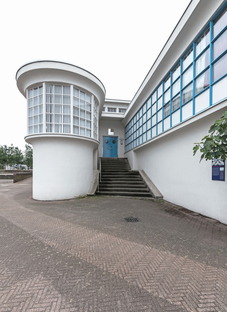 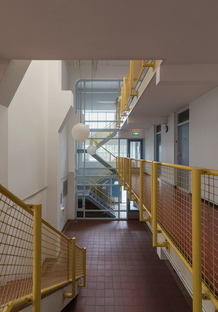 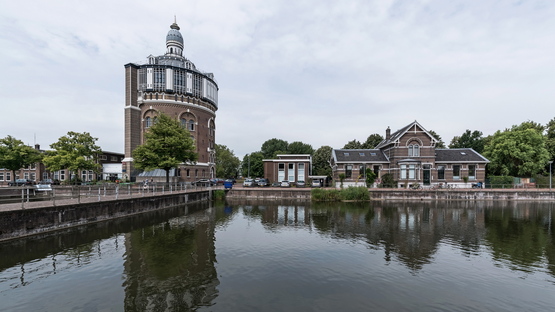 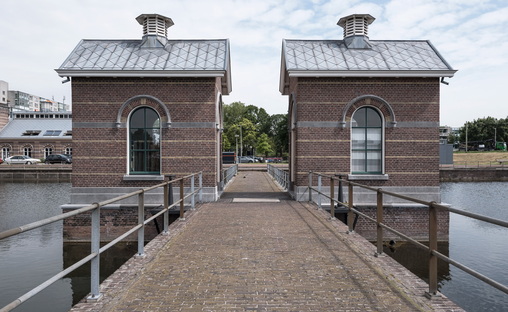 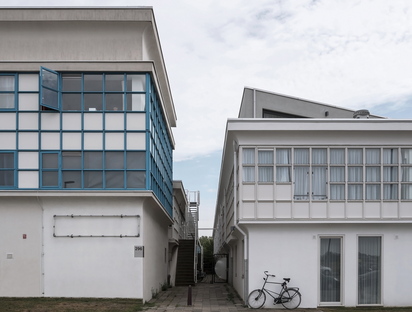 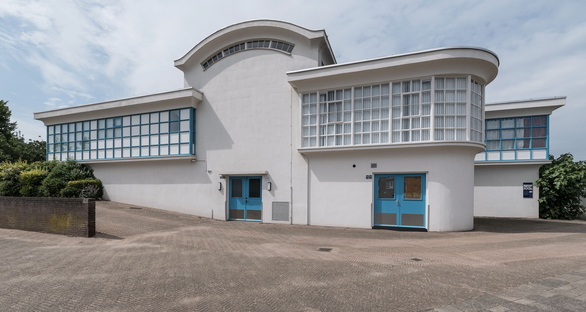 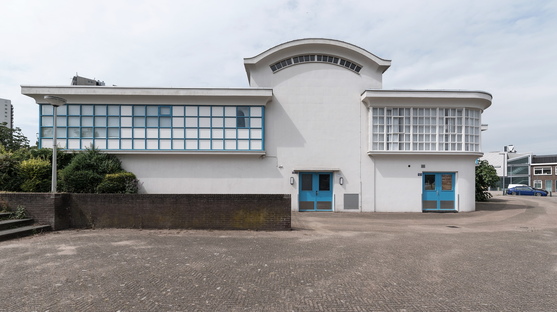 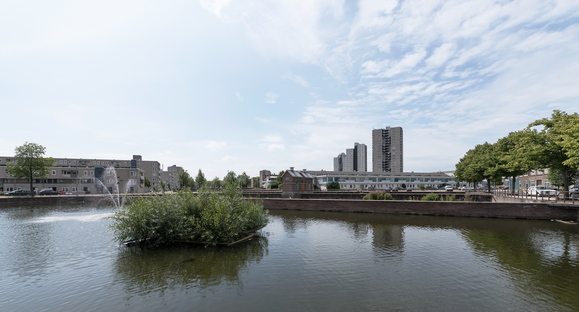 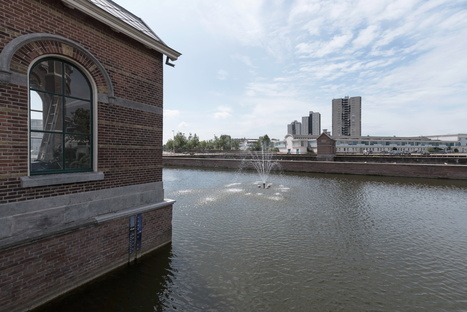 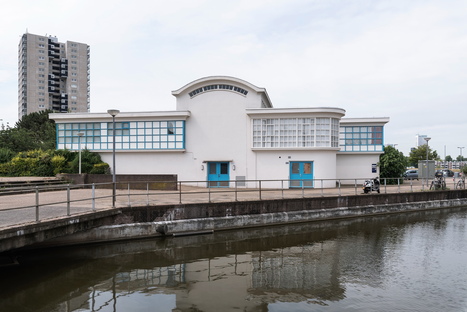 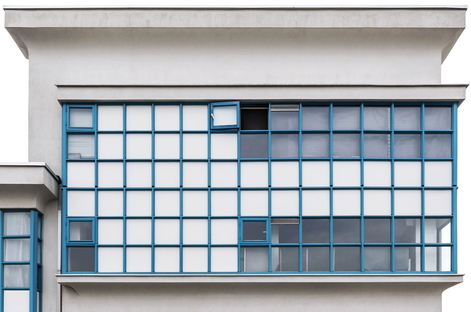