Josep Ferrando Architecture, in collaboration with Gallego Arquitectura, worked on the renovation of the former prison in Reus (Tarragona). The complex, built in 1929 and classified as a Cultural Asset of Local Interest, included in the Inventory of the Architectural Heritage of Catalonia, has been transformed into the El Roser Social Centre. It is one of the finalists in the Architecture category of the FAD 2022 Awards. 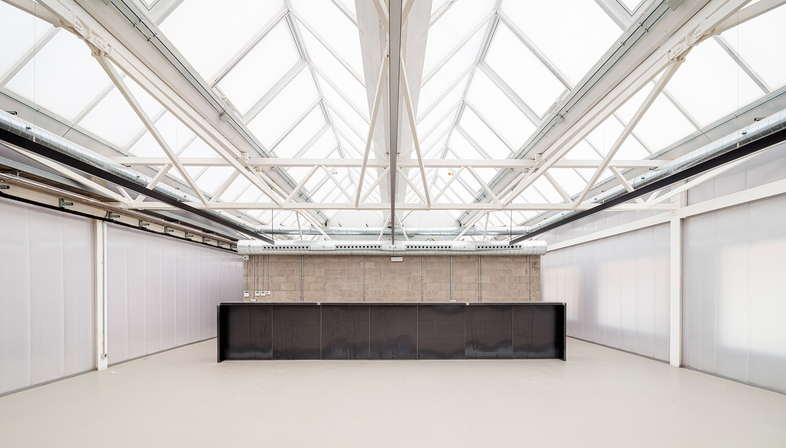 Working within the existing buildings, and reclaiming buildings with new uses, is the major theme of our times. Again with a view to minimising the environmental footprint of architecture, these works save CO2.
This virtuous category includes the latest work by Josep Ferrando Architecture in collaboration with Gallego Arquitectura. It is “the transformation of a transformation” as Josep Ferrando writes in a press note. The El Roser Social Centre is located in the former Reus prison building, which is classified as a BCIL (Cultural Asset of Local Interest) and registered in the Inventory of Architectural Heritage of Catalonia. The client's idea was to create a new social centre, namely a shelter for the homeless, a soup kitchen and a community space. Essentially, they wanted to concentrate all social services in the city, the first complete structure of this kind in Reus.
The building was originally built as a prison, in 1929, before being converted into a school in 1979, and serving this purpose until 2013. Hence the desire to develop “a project in which the various time strata dialogue with each other.” It was a matter of selecting and enhancing the various previous architectural expressions to inscribe architecture in time. As Ferrando says: “The project respects and recovers the original building, revealing its structure and the construction typology of the time, previously hidden, in order to evoke an image of austerity.” In this sense, the material choices help, where the contemporary intervention is clearly readable thanks to a greater degree of lightness. First and foremost, the transparent elements, which flood the interior with beautiful natural light, giving what were once cramped spaces a new lease of life.
One of the greatest challenges for Josep Ferrando Architecture and Gallego Arquitectura was to open up and make permeable a structure that had been created with precisely the opposite purpose. Thus, the architects created new transversal openings in the “H” floor plan of the complex, redesigning the paths within the building and opening it up to dialogue with the urban context.
In order to achieve this, the designers removed the wall that bordered the prison yard, creating a shared public space. The old demarcation line is recalled by a slender steel structure, where the preservation of the old monumental portal represents the link with the almost 100-year history of this site, which is now once again in the hands of the city. Because thanks to this urban square, citizens can experience a portion of the city that was previously “off limits” and integrate it into their daily lives. This is a very elegant formal solution that removes any inhibitions, as those who now turn to the new El Roser Social Centre need to be welcomed in the easiest way possible. In total, the centre can accommodate 16 people so far, but it is still being developed.
The project to transform the former Reus prison, which can be seen very well in this time lapse was not only a hit with the public and the people there, but also with the FAD Awards jury, who included it among the finalists in the Architecture category. 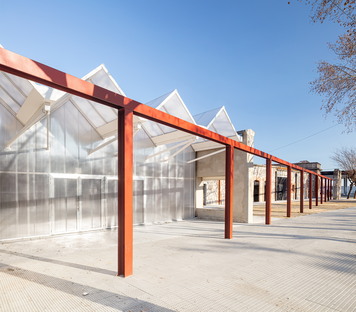 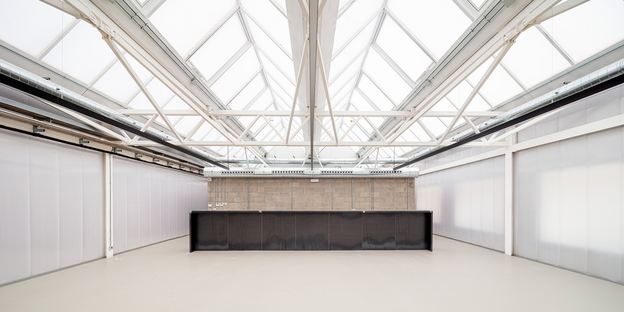 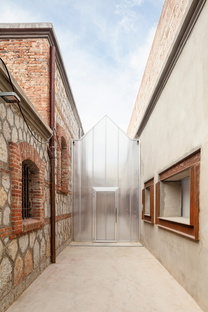 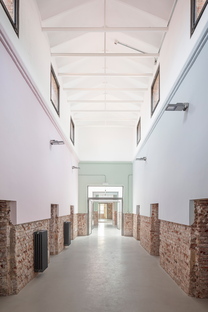 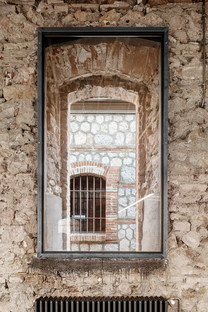 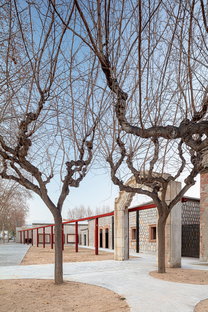 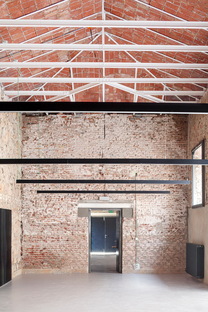 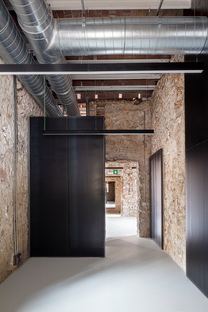 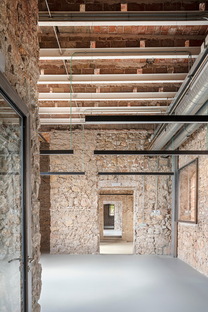