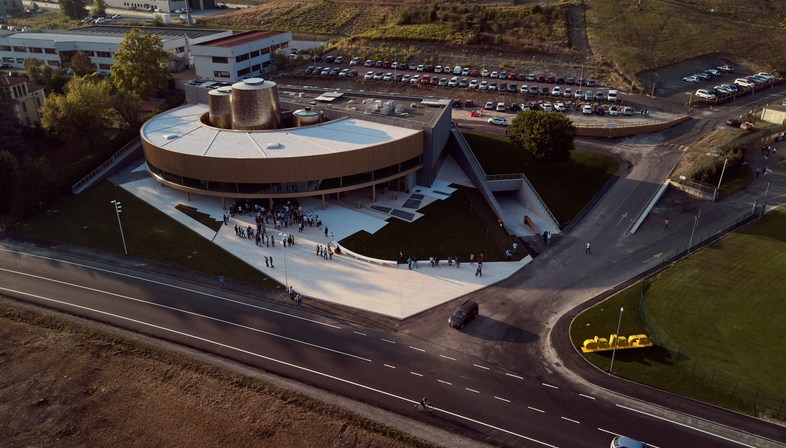 All-round excellence: the new Dallara Academy building in Varano de' Melegari in Emilia Romagna officially opened to the general public on 21 September. Interaction with the territory, support for future generations and generosity are the standout features of this project for the racing car manufacturer, Dallara, which commissioned an Italian architect - Alfonso Femia - for the design.


There comes a time to give back, as  Giampaolo Dallara said during his address at the inauguration of the Dallara Motorsport Academy. The founder of the renowned racing car manufacturer of the same name decided to do this through a landmark building. Architecture that provides a vehicle for the firm's historical narrative and for the future. This is because it will be contributing to the training of young engineers through its collaboration with MUNER, the Motorvehicle University of Emilia-Romagna, a partnership of regional universities and historic car manufacturers of the Italian Motor Valley. It will also be providing workshops for middle school and secondary school students.
The architect, Alfonso Femia brought this premise to life after winning a private, invitation-only design competition in 2015 from fifteen Italian design studios and his project won last year's Best Future Building (under construction) at the ABB Leaf Awards, London because of its highly innovative content.
Alfonso Femia says that the idea for his building, which is a symbol of pooled expertise and interaction with the context, shaped somewhere between organic and futuristic, came to him as he looked down on the valley from the top of a nearby hill.
Visitors arriving from the road are greeted by a volume with a convex wall that seems to grow out of the hill, covered with bronzed aluminium rods. A glass incision reveals the ramp where the cars are on display and gently enfolds the landscape of Val Ceno in a continuous play of references between indoors and out. This connection is also emphasised by the public square in front of the building that separates the road from the hill.
Atelier(s) Alfonso Femia has crafted the Dallara Academy as a harmonious ensemble of geometric elements - circles, truncated round cones, rectangular boxes. The laboratories are located in the wedge-shaped main axis, and alongside this is the parallelepiped that accommodates the 350-person auditorium, which sits in an asymmetrical position with respect to the weight of the other volumes in the complex. The upper floor of this is covered in dark-textured biocement. The semi-circular ramp showcases the cars in chronological order and its shape resembles the curve of a race track. It is supported by circular beams, overlooking the auditorium and partly covering the outdoor areas. The three cones have a shimmering, dynamic surface and accommodate the classrooms; the central cone forms the apex of the lobby.
Architecture with feeling is how its designer defines it, architecture defined by the history of Dallara, where the idea of giving back was expressed when the building was presented to the press, in an emotional gesture: Alessandro “Alex” Zanardi, famous car racing driver and para-cyclist, rebuilt his sports career after his accident at Germany’s Lausitzring, transitioning to the world of handcycling. At London 2012, he won two golds followed by another two in Rio de Janeiro 2016, racing on handbikes that were designed in collaboration with the Dallara engineers, whose know-how helped him on his way to victory. As a mark of his gratitude and in response to the generosity and sharing spirit of Giampaolo Dallara, Zanardi gifted him with the individual gold medal won at Rio de Janeiro.
A special moment and a perfect way to conclude the opening of a new landmark crafted not only as an architectural gem but also one that looks towards the future of the valley in Emilia and of the generations to come. 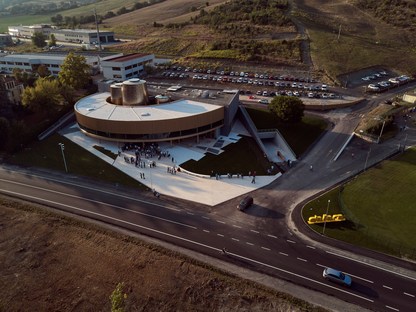 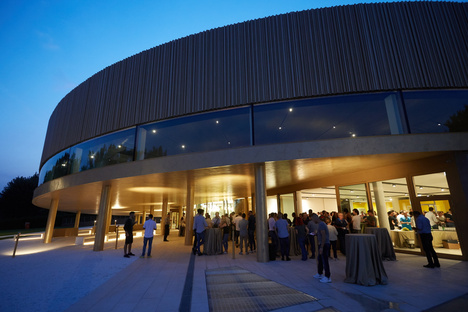 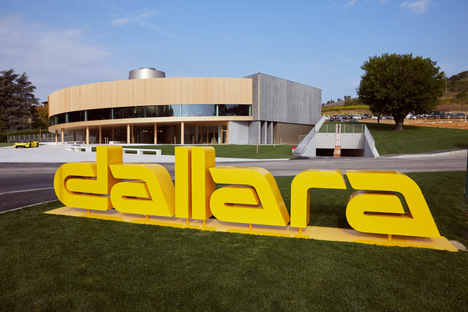 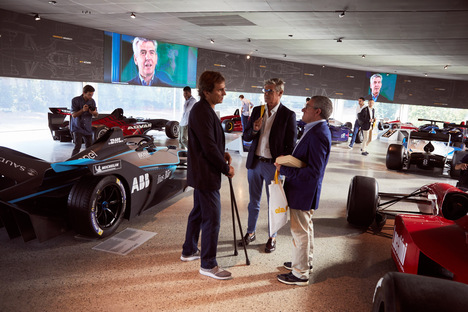 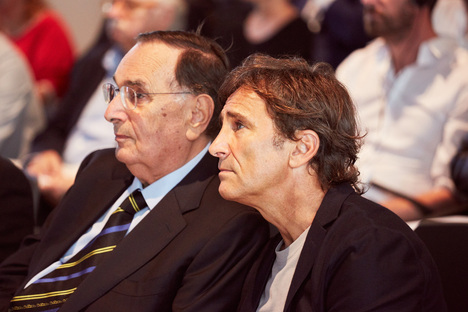 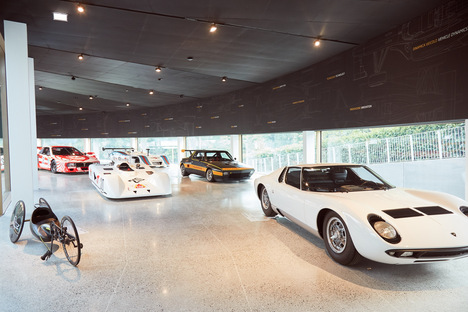 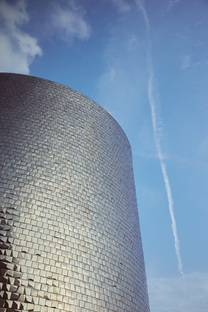 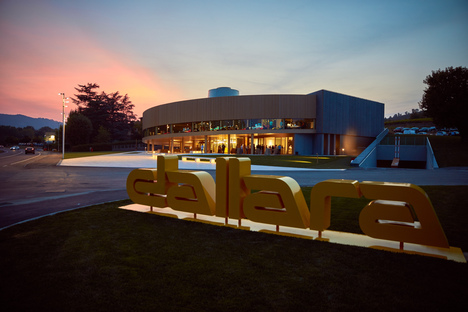 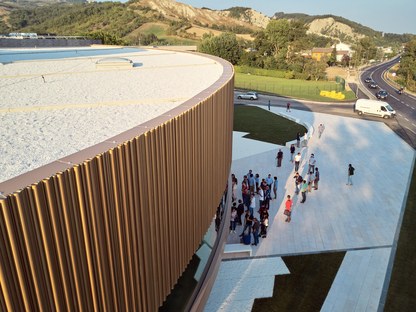 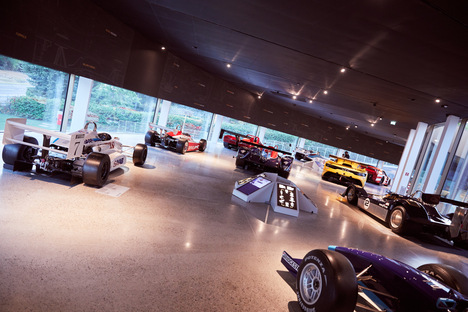