Spanish architecture firm EstudioHerreros continues to add to its national and international awards, the most recent one being the “Best Project” prize at the Colombian Architecture Biennial. 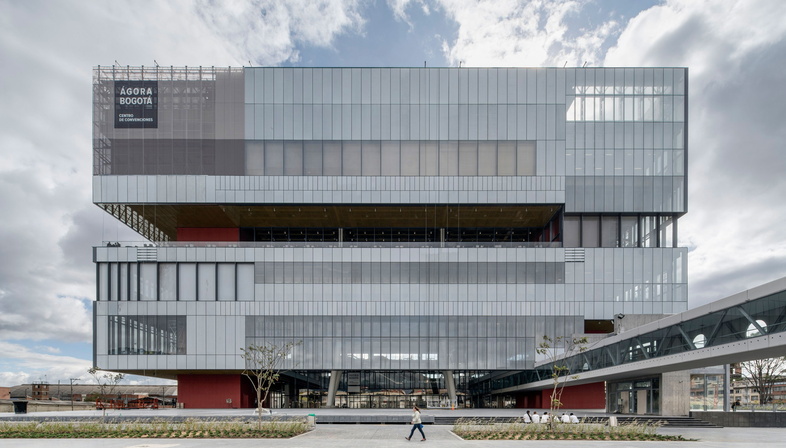 Spanish architecture firm EstudioHerreros continues to add to its national and international awards, the most recent one being the “Best Project” prize at the Colombian Architecture Biennial. The ÁGORA-BOGOTÁ multi-format events centre was designed in conjunction with local firm Bermúdez Arquitectos.


ÁGORA-BOGOTÁ by the architecture firm EstudioHerreros, founded by Juan Herrero who works with Jens Richter, and as part of an international competition, it snatched the commission from some of the world's most famous architecture firms, including BIG, Zaha Hadid, Diller Scofidio+Renfro and Snøhetta. The project by EstudioHerreros convinced the commission because of its standout sustainability as well as its focus on the social context and on the country's future development. The building reinforces the message that “Colombia is now a peaceful country Colombia after having signed the treaty with FARC”, says Juan Herreros. “ÁGORA-BOGOTÁ is a symbol, a meeting place for thousands of people.”
In keeping with the architecture and with the sustainable approach of estudioHerreros and despite its use for the wider public and its size, the building uses only natural ventilation and operates without any climate control equipment. This design decision drastically reduces energy costs and turns the whole building into a living device that performs in harmony with the weather conditions.
The architects made other significant design choices too, like the concept of the lobby as an open indoor urban space for everyone and the idea of replacing the classic sloping auditoriums with flat, multiple-configuration rooms. This means that the ten rooms in the 12000-square-metre area can be converted into eighteen in order to host any trade fair, conference, exhibition, sports competition, celebration or concert, making the building suitable for any kind of present and future use.
Its vertical configuration also means its footprint is smaller than many other centres of this kind allowing the architects to give back a generous portion of public urban space to the people. An important gesture for the community and tangible proof of the attention that estudioHerreros pays to the context. Indeed, the architects see the city as a collective construction where expansionary growth is replaced by measured, conscious growth that doesn't take space away from the community.
ÁGORA-BOGOTÁ, the multipurpose building designed with local firm Bermúdez Arquitectos, was selected from 283 entries at this edition of the Colombian Architecture Biennial. The “Best project” comes on the back of a string of other prizes: The Madrid Architects' Association Global Practice Award; the NAN Group Award for the best Spanish project abroad and the 2017 Colombian Building Federation Award for the most innovative building. The project was also recognised by the prestigious Holcim-2014 Sustainable Architecture Awards for its commitment to the fight against climate change. 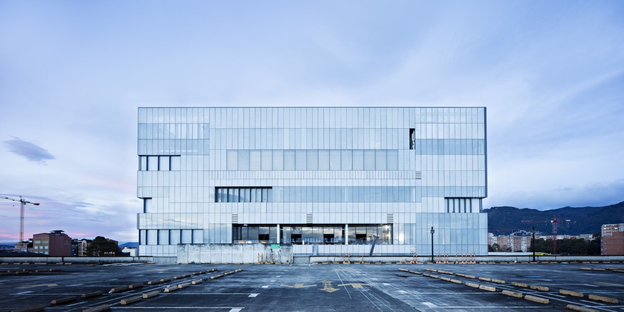 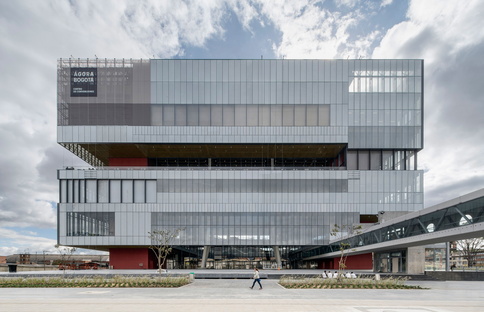 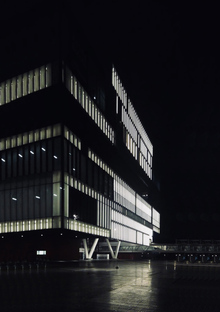 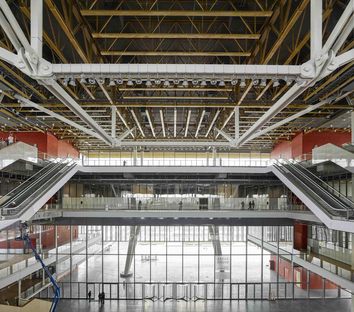 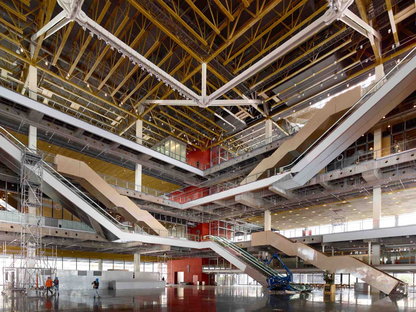 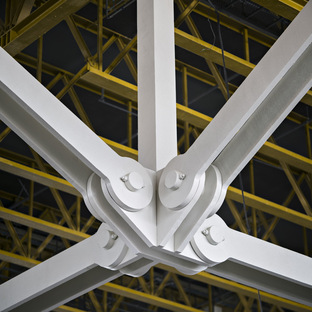