Felix Meritis is a building on the Keizersgracht in Amsterdam, constructed in 1788 for a society of scientists, artists, entrepreneurs and thinkers. The Dutch architecture firm i29 was commissioned by Amerborgh investment group to revamp its interiors. The design concept is standout, charismatic, inspired by the building’s rich history. 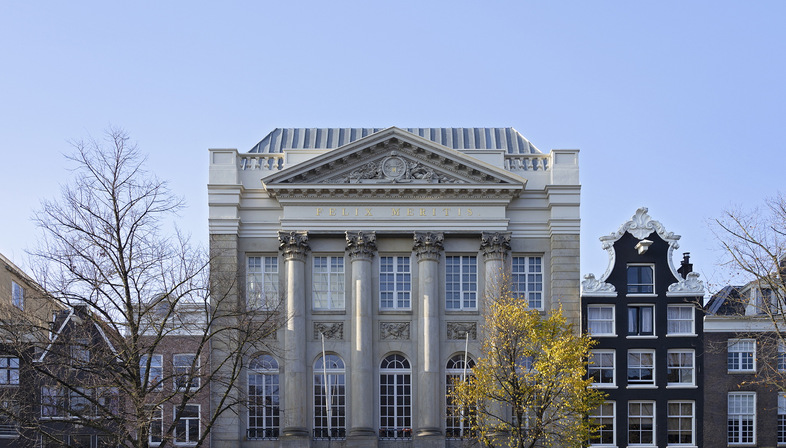 It’s never easy for an architect to take on the past. And it’s an even more significant challenge when the history is famous and filled with memories, like the Felix Meritis building in downtown Amsterdam on the Keizersgracht. Built in 1788 for a society of scientists, artists, entrepreneurs and thinkers, it was a hotspot for the intellectual movement known as “The Enlightenment”. Five different departments were housed in one building; music, commerce, literature, physics and drawing.
The Amerborgh investment group commissioned the complete makeover of the building, appointing i29 for the interior design, and the architects from MATH for the structural redevelopment.
The starting point was to showcase diversity and give each of the areas its own identity, just like back in 1788. The building, still counted as one of the most important listed monuments in Amsterdam, was completely renovated in collaboration with a large team of specialists and advisers; new installations and acoustic facilities were carefully inserted inside the monumental shell. The plan is based on the restoration of the original building contour, with a massive total area of 4500 square metres, and the necessary installations are entirely hidden.
In contrast to the existing classical environment, new interventions and finishes by i29 in the interior are clearly recognizable as such, bringing the building to the present again. In keeping with the original philosophy of Felix Meritis, a society for curious minds, the new interior is progressive but crafted with respect for its background.
The entrance area includes a restaurant and reception, which are modern interpretations of 18th-century-style rooms. For the restaurant, an image of a typical Dutch sky has been translated into a tactile wall covering. In the reception area, an old etching from the original Teekenzaal is showcased on the textile walls. i29 collaborated with Buro Belen for custom design textiles which match material and colours within the project. A light installation connects the two rooms to create a grand entrance as a modern “chandelier” from the ceiling. LED signage is incorporated behind a large mirror wall for information about the program. The same mirror information screens with interactive LED signing have been placed throughout the building.
The Koepelzaal and attic have been restored to their former glory, with the original wooden beam construction. New additions have been kept as simple as possible to emphasize the existing quality of the space. The wide corridors and connecting areas are finished in a neutral colour palette of white and grey, highlighting the iconic staircase in the centre. To respond to the vast diversity in programming at Felix Meritis, all the rooms can be converted fully flexibly and quickly. For this reason, in particular, it was essential to find a suitable stackable chair because they are used in all the halls. In the end, i29 worked with Lensvelt to design the “Felix” chair that meets all the requirements: stackable, comfortable, light, and an aesthetic match for the grand environment of the 2020 version of Felix Meritis.
After the joint effort between i29 and the team of specialists, Felix Meritis now has a renewed spirit, ready to be once again a “top location” for the cultural scene of Amsterdam and up to the challenge of exploration by the new generations of curious minds. 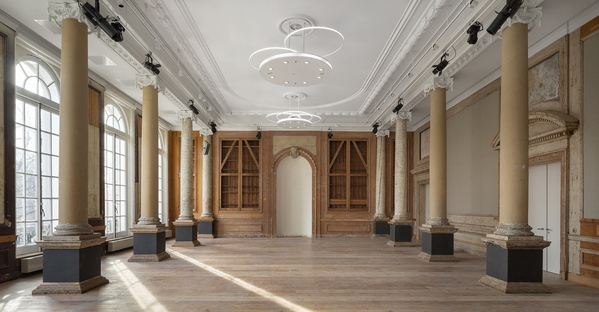 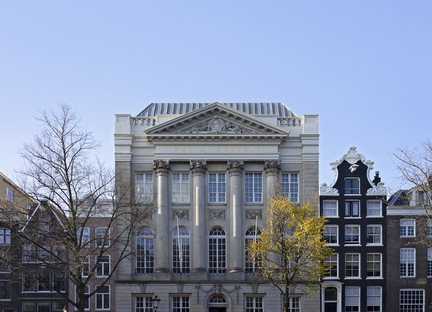 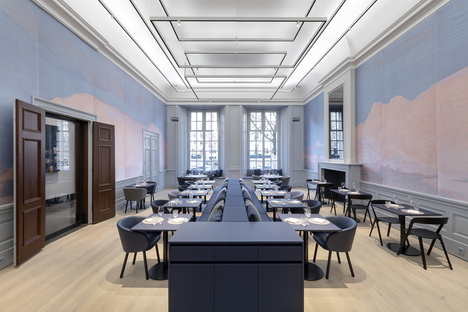 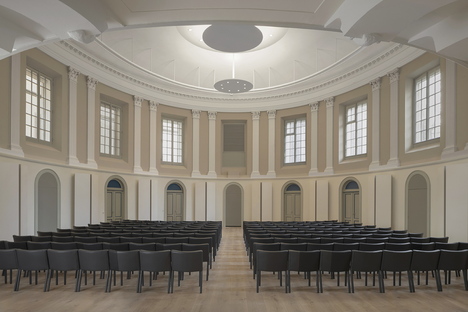 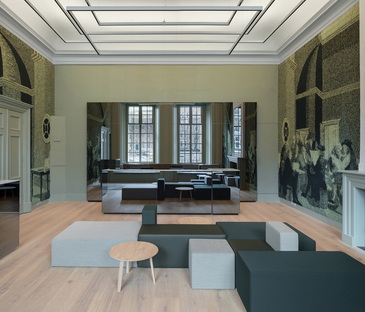 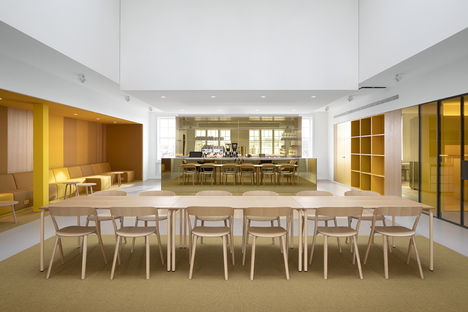 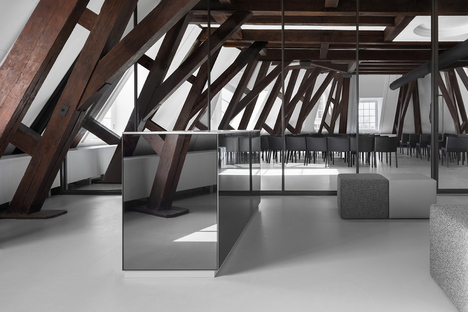 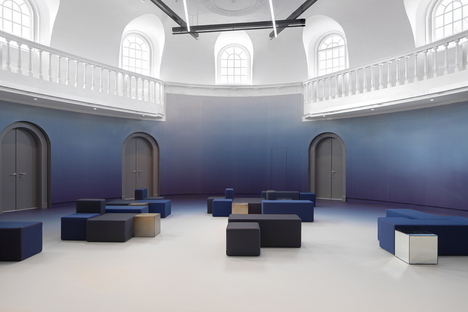 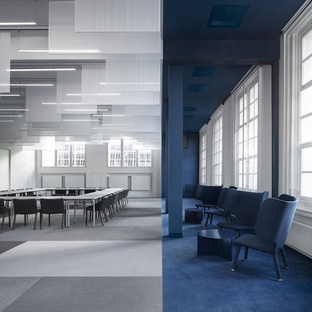 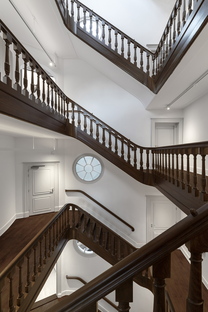 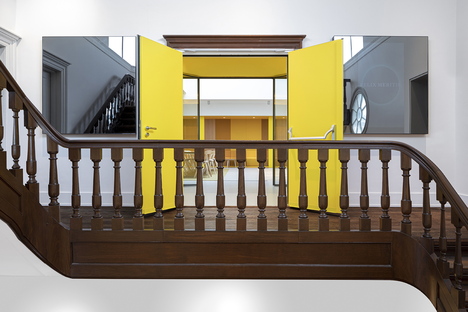