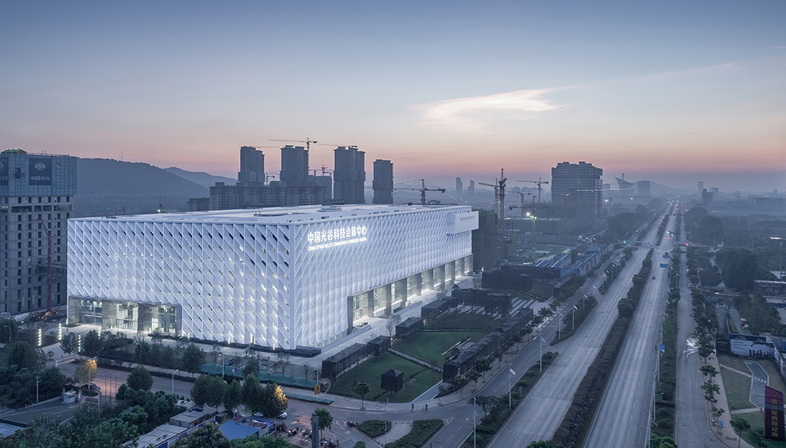 WSP Architects designed the China Optics Valley Convention and Exhibition Center in Wuhan, Central China. An awesome building in the Optic Valley of the Chinese metropolis that plays with light as its defining element.


Wuhan in Hubei province is the most populous city in Central China with a population of more than 10 million. Because of its key role as a domestic transportation hub, Wuhan is sometimes referred to as “the Chicago of China”.
WSP Architects, one of China’s top 10 international architectural design institutes, founded in 1996 in Munich by Baviera da Wu Gang, Zhang Ying, Chen Ling and Knud Rossen with more than 350 projects to its name, and offices in Munich, Beijing, Shanghai, Hefei, Shenzhen and Wuhan are the creative brains behind this project located in Wuhan’s optics valley, basically a dedicated high-technology district bounded by the Jiufeng Forest nature reserve to the north. Nature and technology standing side by side, with a range of office towers as well as public buildings, like the Museum of Science and Technology, the Services Centre, and now the China Optics Valley Convention and Exhibition Center.
This landmark building was constructed for use as a convention and exhibition centre for the world of optics, so the design team from WSP Architects opted to play with light as its defining element. The first two floors of this three-storey, 37-metre tall building have been designed for exhibitions and trade fairs, so the floor plan is modular, meaning it can be turned into a number of different halls or even a single, large one. The third floor accommodates the convention centre but from the outside, you can't tell how the building is divided up inside because of its stand-out facade.
The white metal cladding is inspired by the traditional Chinese handicraft of ivory carvings but also has the practical function of providing shading for the glazed curtain walls behind it. This design option adopted by WSP Architects greatly improves the centre’s environmental performance because the geometric pattern of the facade protects the interiors from overheating and reduces energy consumption for air-conditioning by 30%. The building uses daylight and geometry to create flowing patterns of light and shadows inside, and in the large Registration Hall in particular, where guests enter both from the outside and from the public transportation routes that meet at the complex.
This minimises the environmental impact of the architecture, and at the same time it accentuates the building's role as a landmark in the district, both due to its impressive size - the Registration Hall stretches for over 250 metres along the high-tech avenue - and because of its beacon effect when darkness falls. The integrated lighting system inside this huge light-cube style structure turns it into a visual attraction for optics valley. With the China Optics Valley Convention and Exhibition Center in Wuhan, WSP Architects have crafted architecture that reflects contemporary technology, opting for a design that boosts the project's overall sustainability and at the same time connects with the Chinese culture. 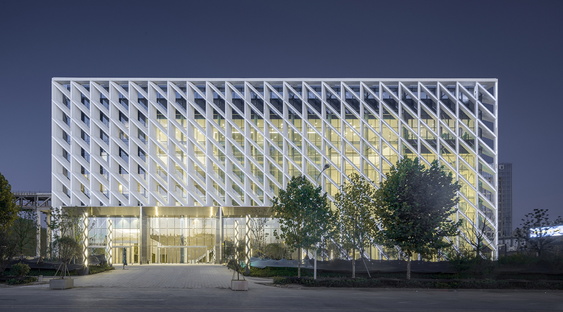 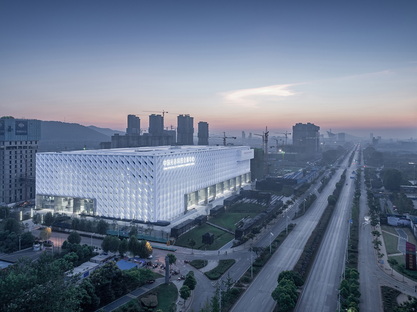 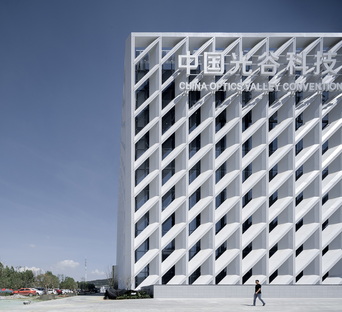 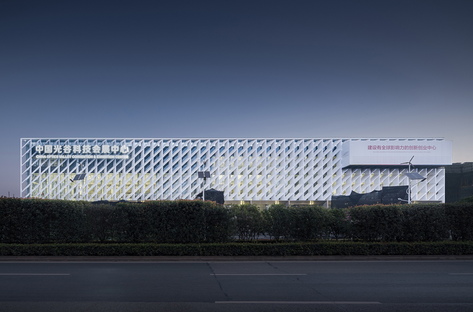 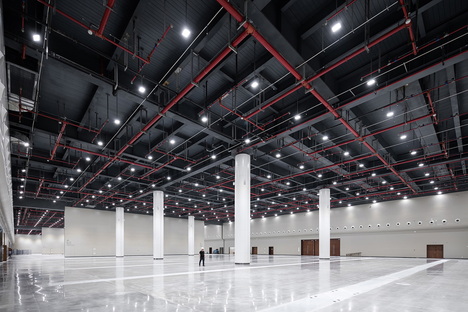 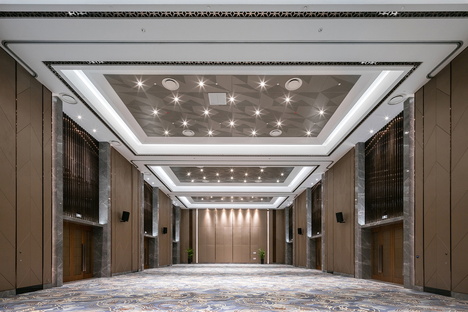 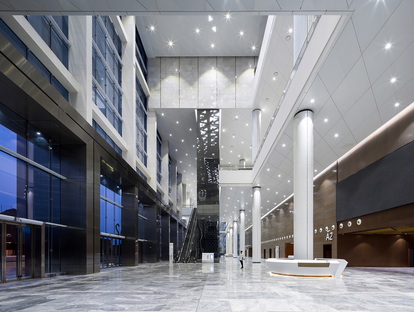 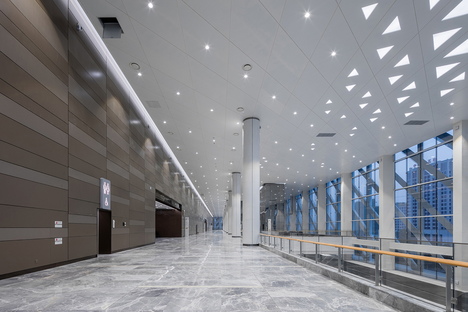 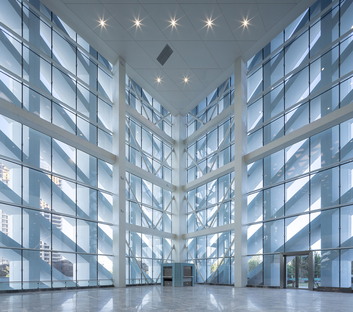 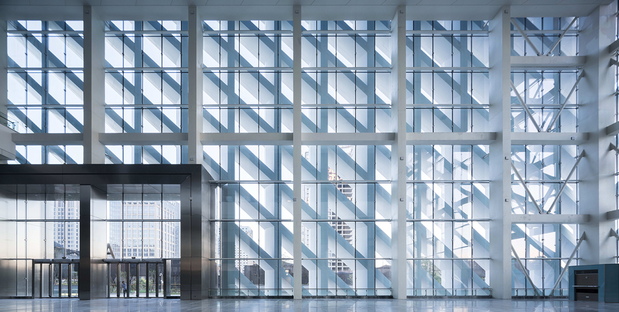 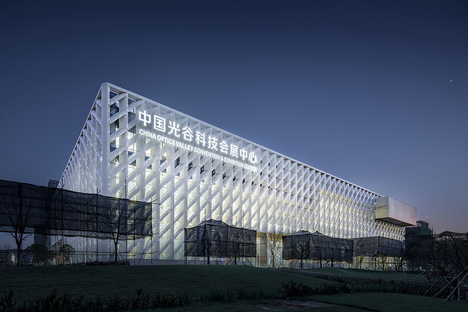 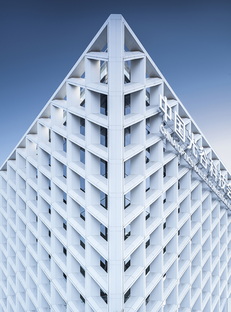 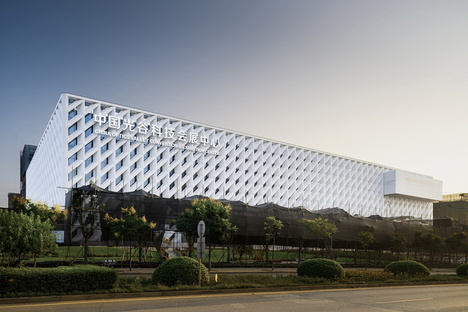