The Castelo Branco Arts Centre in Portugal is the last building in the project by Mateo Arquitectura to redevelop Praça Largo da Devesa as a new town centre. 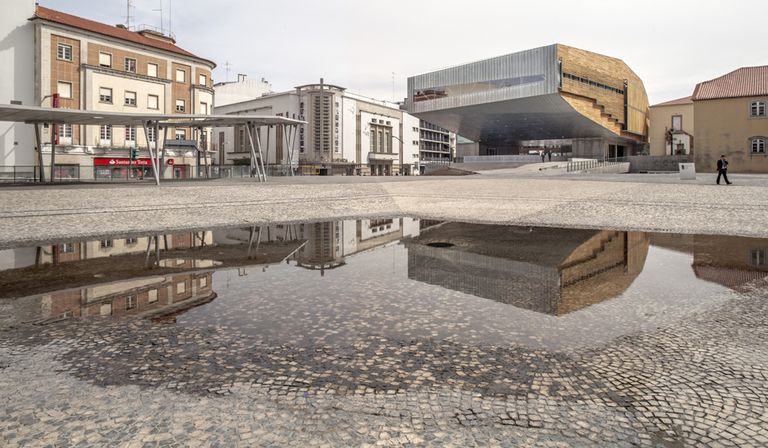 The CCCB, Castelo Branco Arts Centre, designed by Mateo Arquitectura is part of a global project to redevelop Praça Largo da Devesa, and stretches majestically, but with a light touch, towards the new city centre. In 2000 the Portuguese town launched a contest to redevelop one of its large squares that was extremely neglected. The contest was won by the Mateo Arquitectura Studio from Barcelona and the new layout of the square, with pedestrian areas and traffic flows, was completed just 6 years later. However, in 2006 a vital part was still missing for the new equilibrium imagined in the Spanish project, the Arts Centre that was to be built on the north-east corner of Praça Largo da Devesa.
The site extended over the slopes of a hill that rose to the medieval castle from which the town takes its name and which Josep Lluís Mateo interpreted as a large public park on various levels, with different areas of interest. There is an upper pedestrian walkway with the tourist office, which stretches outwards like a viewpoint, a level with shops and cafes on the square and a hidden floor of underground parking. There is also a lower street level that leads to the entrance of the famous Cine Teatro Avenida, in Avenida Gen. Humberto Delgado, open since the 1950s and an even lower one with the central water basin that is fed by fountains that rise up from the new pavement of the square, saving tourists and passers-by from the summer heat. Finally, the medieval castle is high above the city, far away, and can be seen from the opposite side of Praça Largo da Devesa, compared to the centre for contemporary arts.
Although its concrete volume is an imposing presence, from this perspective the Castelo Branco Arts Centre interacts openly with the site, offering various points of contact and access.

With the aim of prolonging the extension of the square towards the north-east, Josep Lluís Mateo continued the stone paving under the building, which is raised from the floor on two concrete blocks, representing a kind of access gateway to the urban site.The entrance to the interior is here, but the main entrance is located on a lower level, to which you descend via a ramp that starts in the square. In the direction of the square the raised section of the structure forms a curve upwards, which is not only for reasons of form but also houses the steps of the auditorium. As well as the stage and dressing rooms in the centre, the outer part is home to an exhibition gallery that occupies a space on two levels, connected by a ramp that follows the curve of the architectural perimeter. A ribbon window cuts the perspective onto the square, revealing the lights of the auditorium foyer on the second floor, while another on the southern façade accompanies the visitors to the bar beside the space along the stairs that descend to the gallery on the first floor.

An integral part of the project that links the Arts Centre with the square is an ice skating rink, proudly created by the architects at the base of the building and open all year round, despite the torrid continental climate of summers at Castelo Branco. 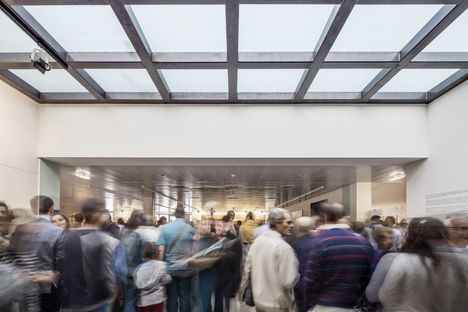 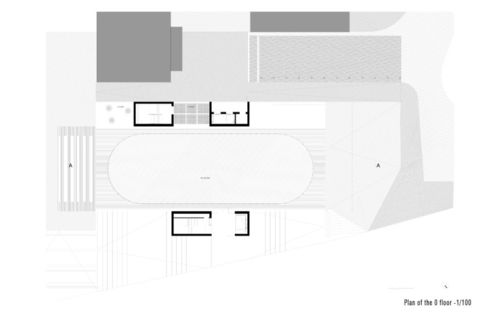 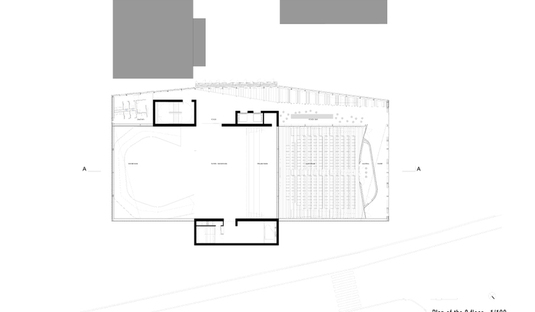 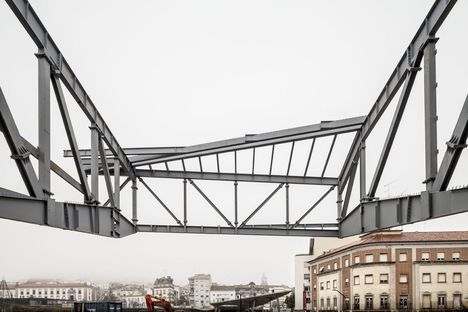 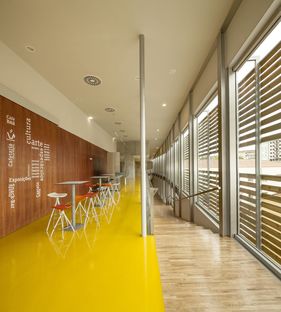 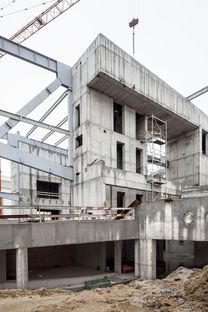 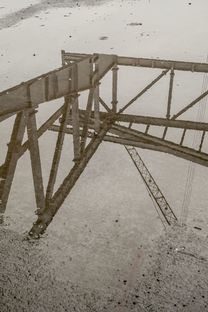 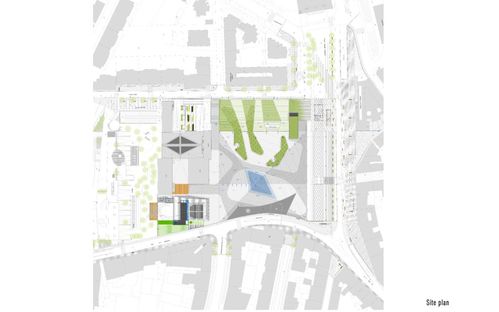 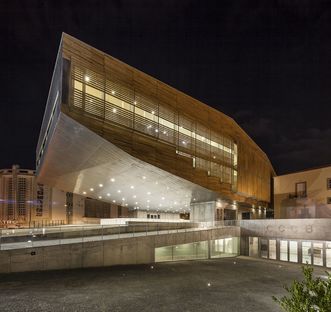 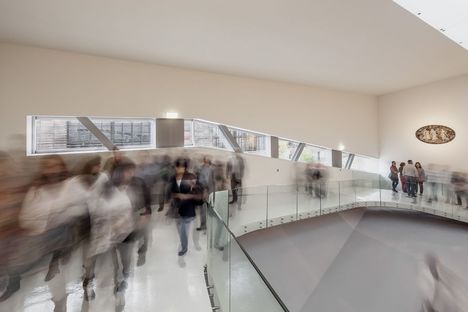 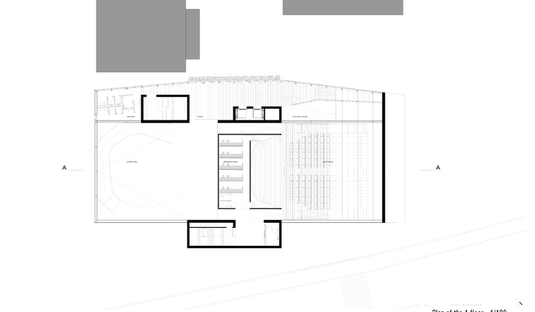 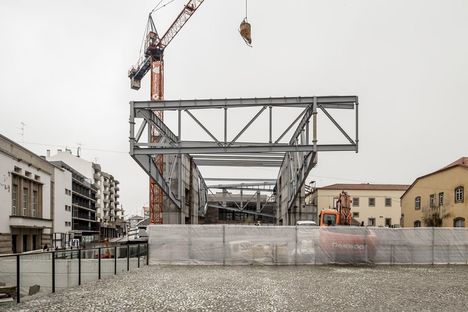