Urban Spa is the winner of the Next Landmark 2015 contest, in the Landmark of the Year category. The project was created from a workshop by the PKMN studio with students from ISAD,Chihuahua (Mexico). A landmark to re-appropriate Parque Urueta by the people. 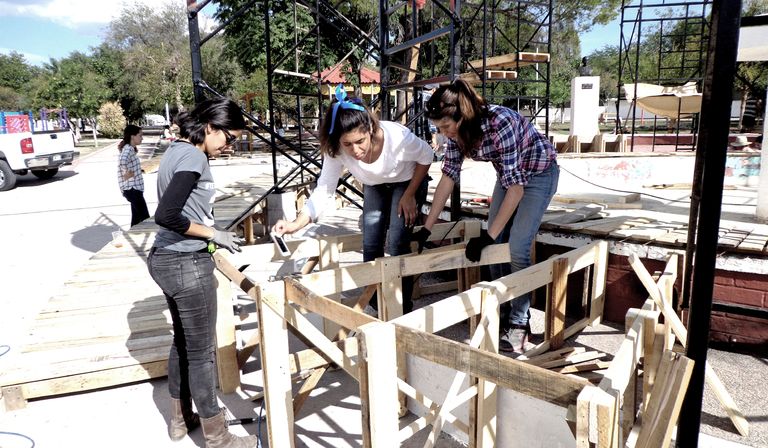 Urban Spa is the participatory architecture project created by ISAD, the Instituto Superior de Arquitectura de Chihuahua, which called on the young PKMN studio to guide its students in a workshop entitled “Taller del Desierto”. This look place in July 2015, after a competition between projects presented at ISAD, and Urban Spa won the International Architecture Contest organised by the Floornature portal, now in its fourth year.
Floornature often reflects on the concept of a landmark, drawing the attention of its public to architecture all over the world that has the aim, for example, to orientate one in discovering a city, to make the presence of an institution felt or to organise new ways of using a space. Urban Spa is a landmark which, although temporary, has an important social aim: that of bringing the people of Chihuahua, Mexico back to an open space. The space chosen by ISAD was Parque Urueta, built in 1930 and abandoned in recent decades as a result of the emptying of the city centre and of increased crime. The students found a park with no identity: on one side there were some playing fields, on the other a wood and a pedestrian walkway in the centre that not only did not help the shared spaces, but underlined their different uses and distance. Along this path there was once a public water fountain that hadn’t worked for years but was still dear to citizens.

The aim of the “Taller del Desierto” workshop was to involve citizens as much as possible in creating a community-inspired project, to revitalise the centre of Chihuahua. The students, led by the PKMN collective, were the mediators between the features of the place and the means at their disposal (simple scaffolding and pallets) and the desires of those who visited the park, who were asked to say what was missing in terms of structures and services. The participatory dynamics produced extremely concrete proposals, like the simple maintenance of benches or the creation of a shady area in which to sit, but the greatest success with the view to a future increase in the functions of the park was reactivating the fountain.
The Municipality was involved in the initiative and agreed to take part in the project, reactivating the spring by installing a pump. Local people and those who visited the park regularly offered their help to built the structure themselves and this took place in only a week.
As the theme is already linked to the idea of a landmark – in the sense of an urban symbol and a meeting point that has often had a historical scenic value – restoring the fountain stimulated the students, led by PKMN, to design temporary structures that could enhance the spaces of a symbolic place like the fountain.

Urban Spa is a fountain that enlarges to become a swimming pool and rises upwards to create protective structures from the sun and to support lighting and other technical services: the circular access platform has seating at various heights for swimmers and passersby. The idea behind the work is that of a fairground attraction or circus tent, serving as a landmark by day around which yoga and dance courses are organised and by night as the setting for performances and concerts. 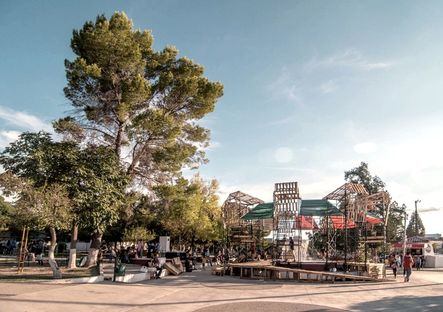 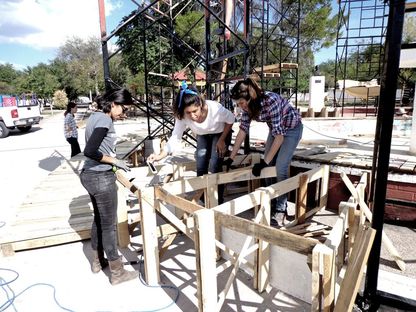 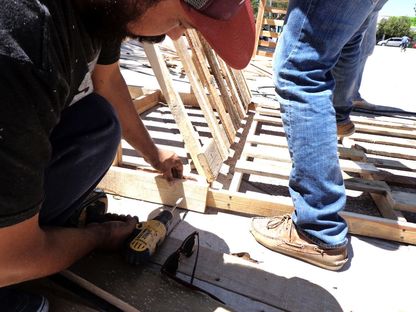 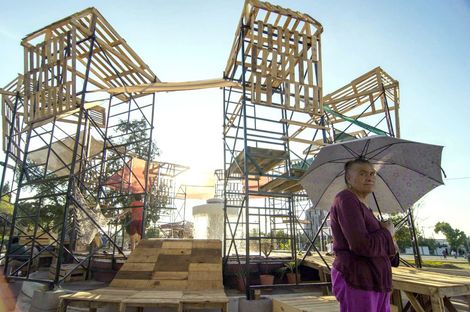 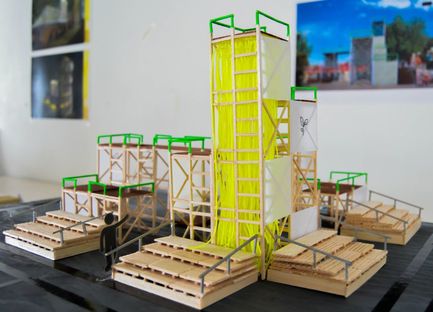 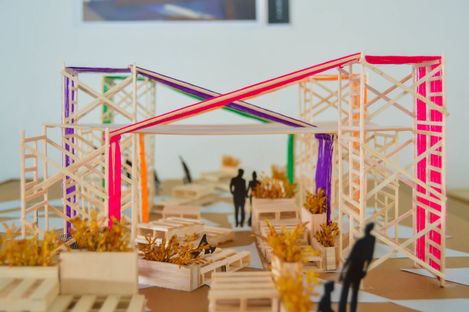 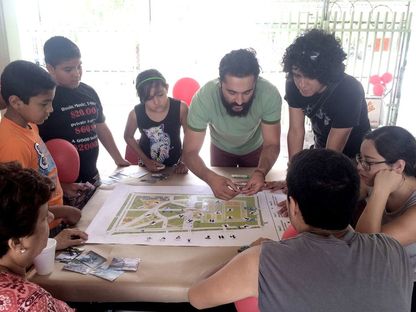 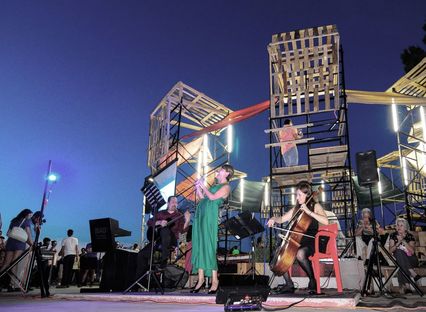 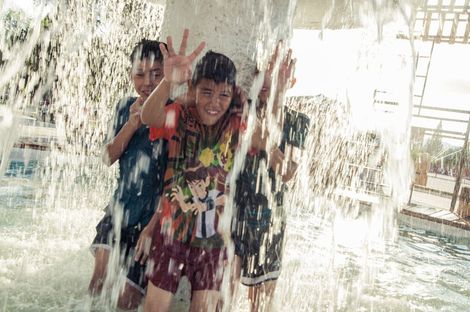 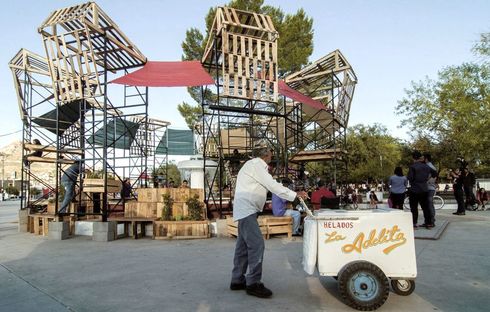 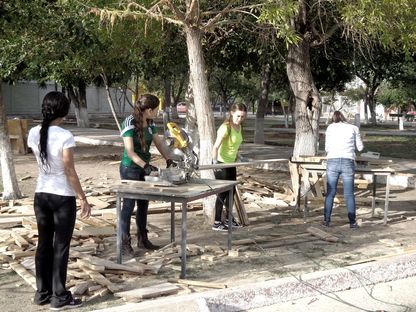 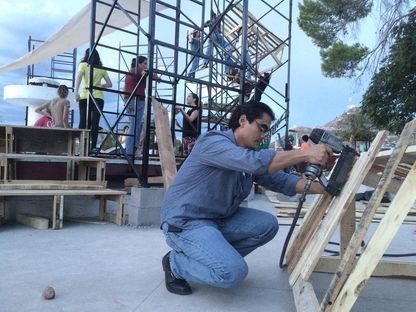 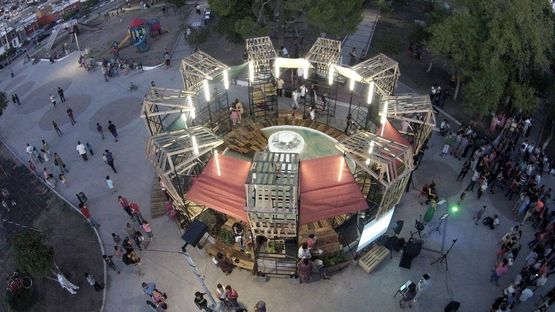 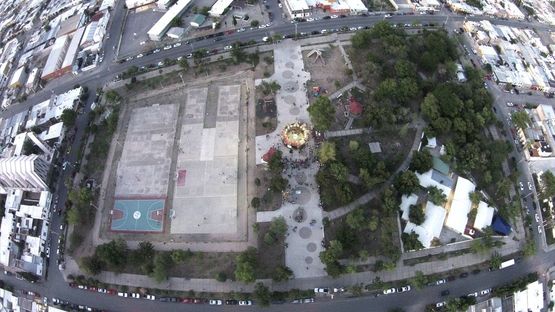 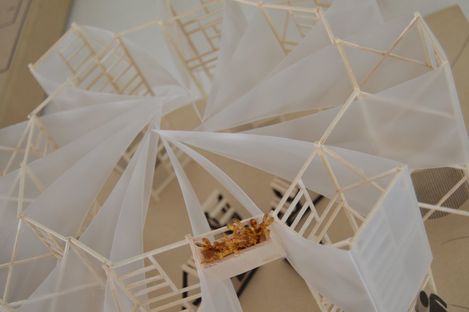 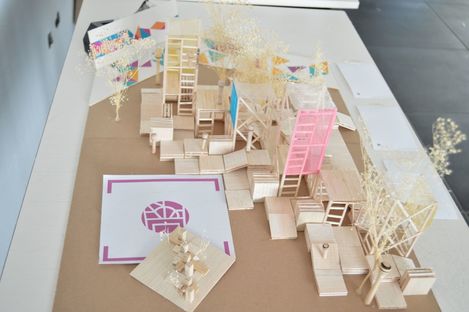 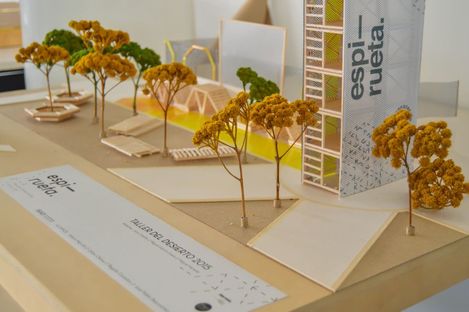 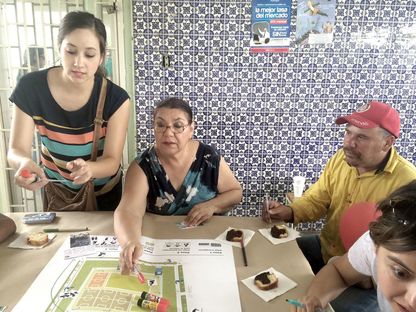 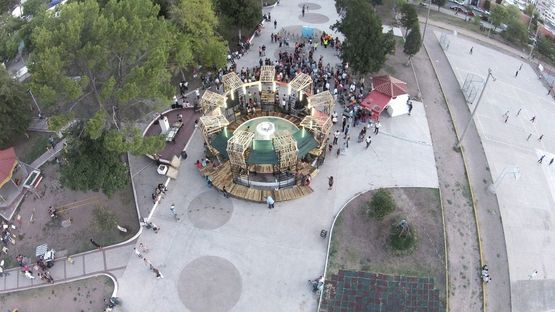 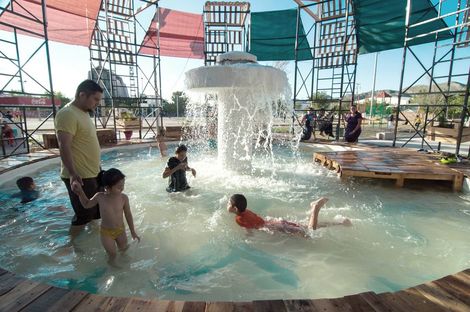 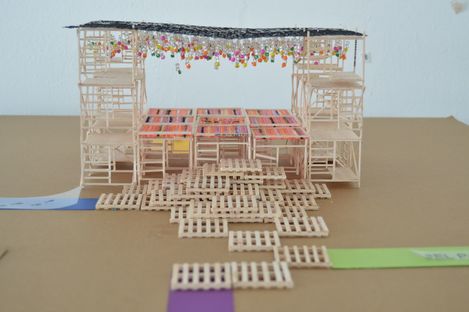 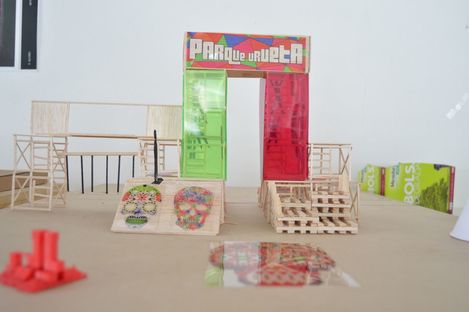 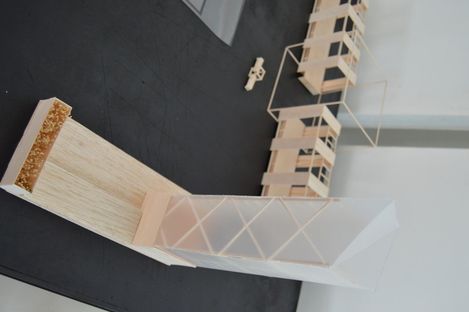 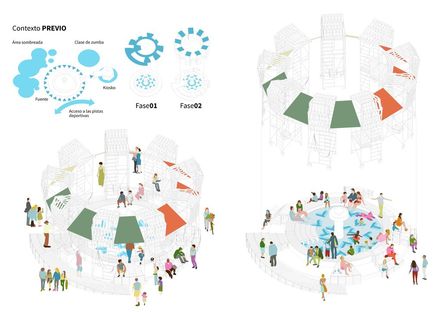