With the project for the Art Museum and Library of Ota in Japan, Akihisa Hirata has redeveloped the area of the north entrance to a railway station and encouraged pedestrian traffic towards the historic city centre. 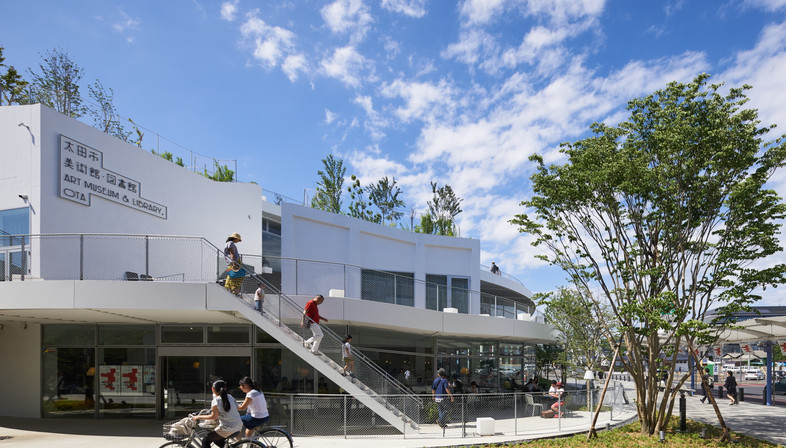 The Art Museum and Library of Ota, designed by Japanese architect Akihisa Hirata, is an experiment that combines a museum with a shopping mall, in order to revitalize the urban framework of the city railway station.
The municipality of Ota needed to encourage people to use the north exit of the railway station, which led to an area with almost no pedestrian traffic, throughout the whole day. On leaving the station users went to their cars and away from the area, looking for shopping malls, while the historic centre was gradually becoming depopulated. Ota is a city of 220,000 people with 10,000 commuter passengers passing through the train station every day. The boundary architecture of the new Art Museum and Library by Akihisa Hirata stimulates this large group of users and does not just provide shops, like most transit centres, but has a cultural and educational aim rooted in the history of the city.
This inspiration becomes concrete in many ways. Research was dedicated to re-tracing the historic symbols of the city and used to give a formal definition to the new architecture. One symbol is linked to industry: in the past the Nakajima Aircraft Company, the company that built the Nakajima aeroplane, generally considered the best Japanese fighter plane of the Second World War, had a plant in Ota. This inspired the idea that the new architecture should seem designed by the wind, curved around itself, with no real spatial boundaries, like a kind of vortex that stimulates the movement of its users. Another symbol is the landscape: the Tenjinyama Kofun, a large tumulus dating back to the 5th century, which gave the idea that the new space should be a kind of mountain in the city, an artificial environment full of external walkways on several levels, with a roof garden to reuse the terrain occupied by the building.
As regards history, the architecture has become the headquarters of a centre collecting art and handicrafts from Ota, in which the museum and library that have been set up are spaces that preserve objects and documents on local traditions and knowledge and can be used to promote educational and creative activities aimed, above all, at young people. The curatorial and architectural aim is the same: the space does not seem divided into parcels, but fluid, also thanks to its many windows. It is divided over three floors, with a roof terrace. On the ground floor are entertainment areas like cafés and relaxation spaces, but as you go up the building you find exhibition spaces, reading spaces and workshops. There are no boundaries and all the spaces are accessible from several different points, with the idea that users can move, also from the interior to the exterior, as if they were walking around the city and as if a destination could be reached by the shortest path, with some pleasant ‘pilgrimages’ along the way.
The complex is made up of five individual concrete buildings, a little village surrounded by a glass and steel skin supported by fine pillars. The five boxes soar, culminating in the roof garden that can be used for reading and for the view. Jutting walkways created with different slopes and hidden by vegetation join the volumes and give the impression of going up a mountain in the heart of the city.
There are three entrances, to the east, south and west, while the walkways are completely free. In the centre is a spiral staircase that connects the second and third floors and creates an imaginary fulcrum around which the vortex of the architecture rotates.
This formal solution and the plan of the interior spaces are the result of participated planning with the citizens of Ota, many of whom answered the mayor’s call. Today it is difficult to define the space, which combines a strongly symbolic component with the functional use of a place that did not exist before, but was merely the north exit of Ota station. 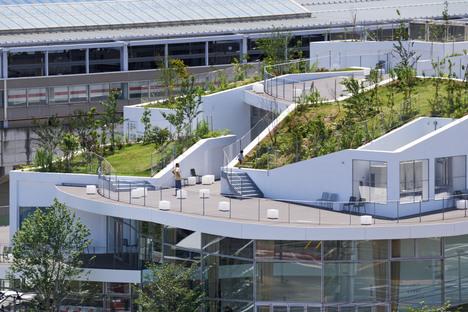 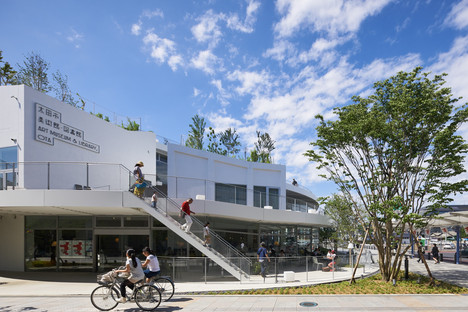 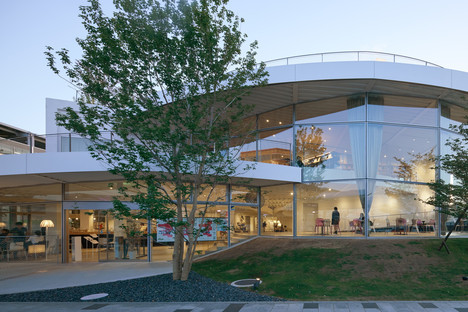 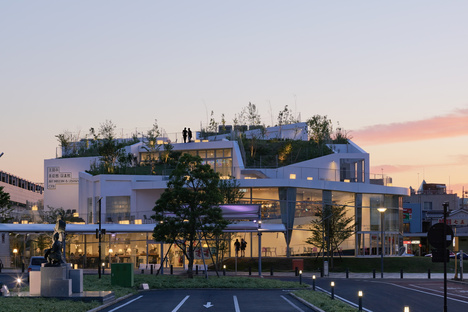 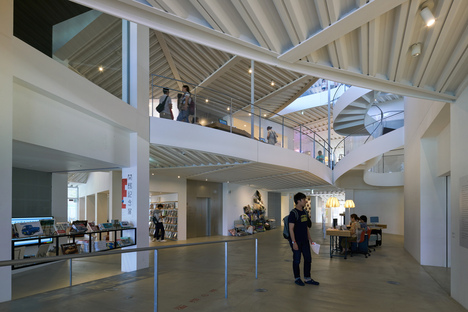 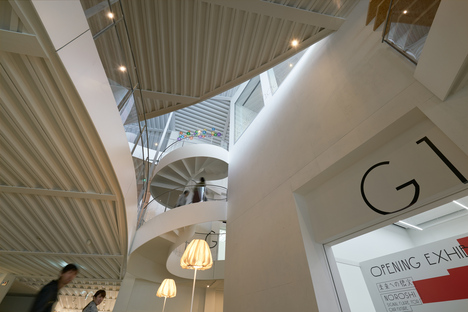 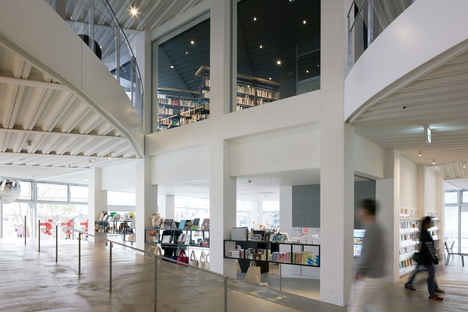 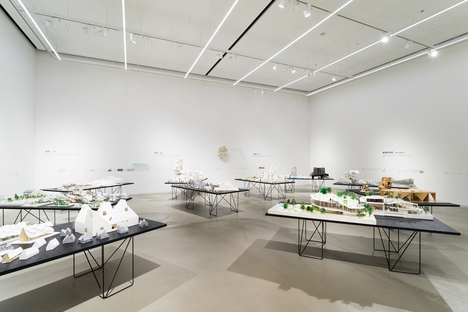 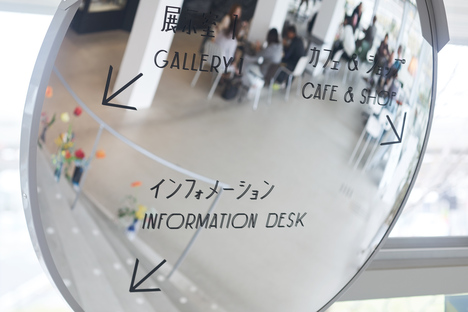 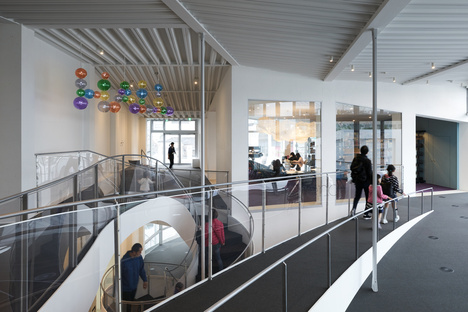 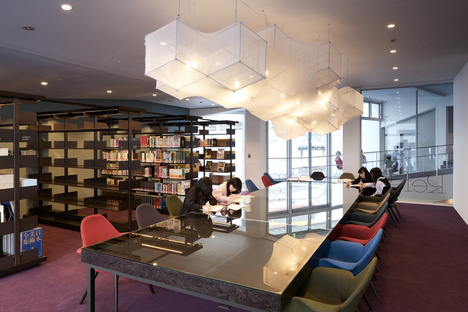 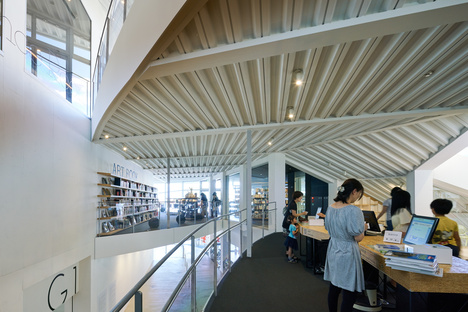 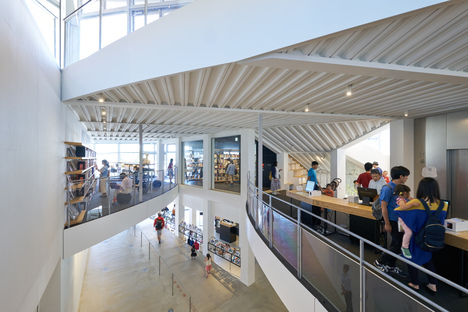 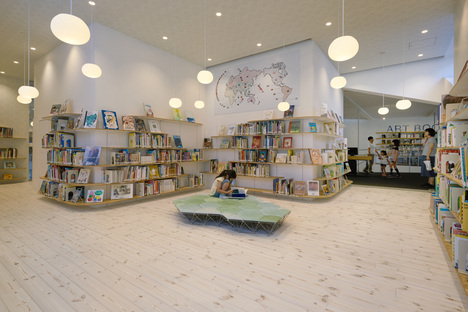 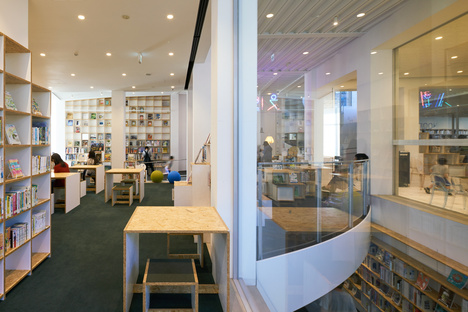 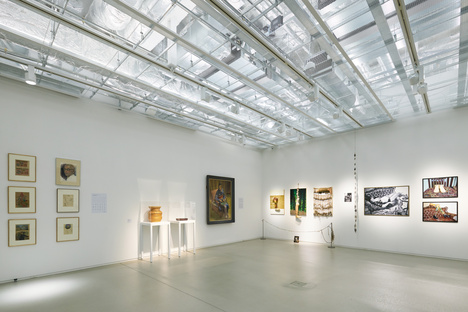 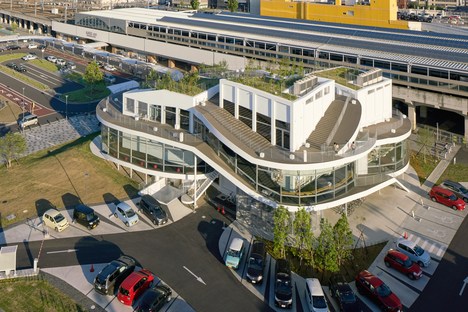 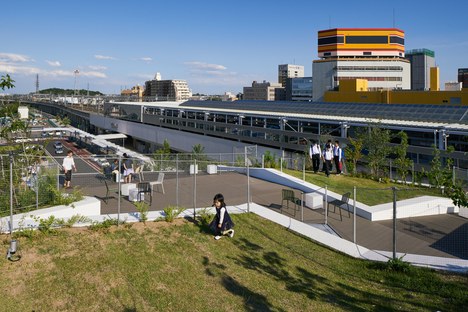 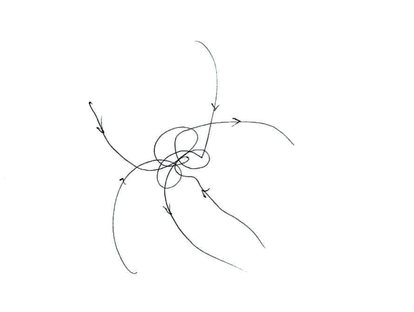 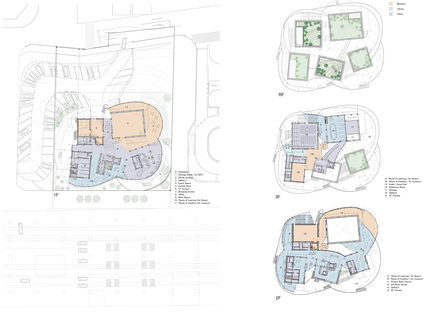 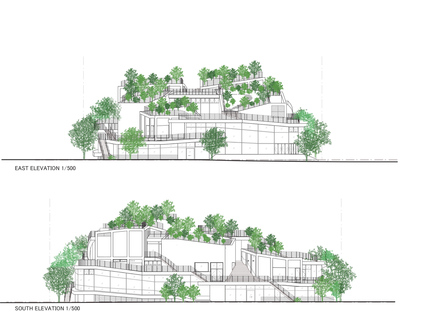 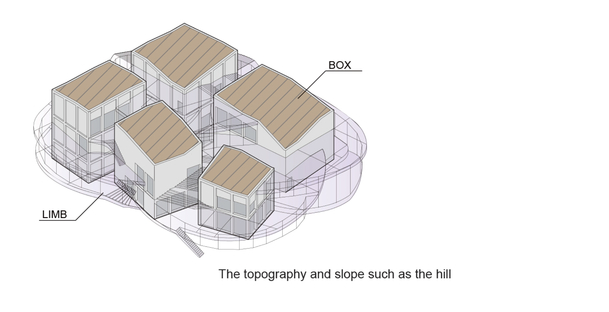 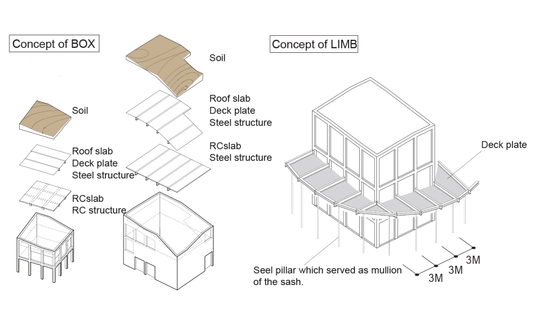 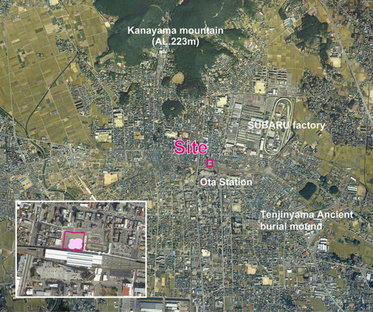