One Central Park is a new sustainable housing complex designed by Atelier Jean Nouvel and PTW Architects in partnership with botanist Patrick Blanc. One Central Park consists of two towers joined by a base containing shops near Sydney harbour. 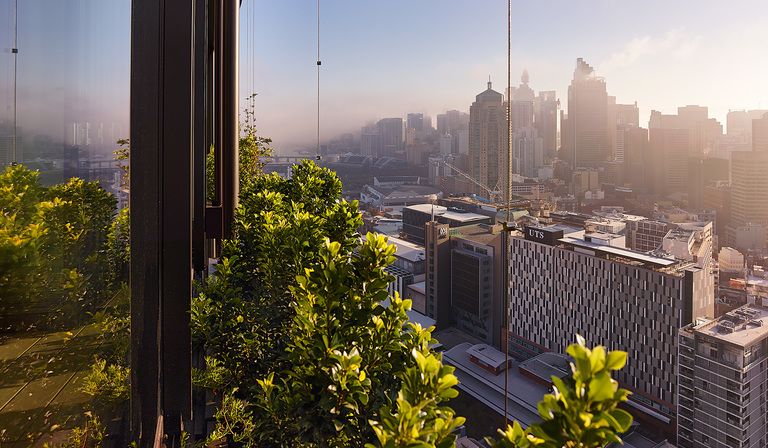 Atelier Jean Nouvel and PTW Architects have completed the second block in Sydney’s One Central Park, a residential and commercial complex which is part of a wider-ranging project concerning an area measuring a total of approximately 255,000 sqm near Sydney harbour. Jean Nouvel’s plan for One Central Park consists of two towers 34 and 12 floors high standing side by side, joined by a base containing a shopping centre. The two skyscrapers dominate the area where the nineteenth century Kent brewery once stood, an industrial construction that is now being partially renovated for a variety of different uses with the intention of revitalising the harbour area.
Next to Chippendale Green, a big city park, the two towers form an ideal extension of the park and, to paraphrase Jean Nouvel, extend its greenery up to the sky. About half of the building’s walls are covered with “vertical gardens”, terraces planted with local native plant species and hydroponic walls on which climbing plants grow, extending to cover large portions of the wall surface and concealing the materials forming the walls.

Jean Nouvel and Patrick Blanc have already worked together, on the Musée du quai Branly in Paris in 2006. France’s best-known architect and botanist have joined forces again to create hanging gardens with an environmental purpose at One Central Park: the climbing plants offer natural shelter from the sun’s rays, protecting the building from strong direct sunlight in summer and letting in more of the sun’s rays in winter, when they lose their leaves.
According to the plan, thirty-eight thousand plants will take over the building, a succession of similar concrete, glass and steel levels extending as far as the eye can see. A building with an exaggerated high-tech image (the symbol of which is a motor-driven heliostat suspended from the highest tower to capture the sun’s rays and reflect them downwards, to the part of the garden in its shadow) which will be colonised by local and exotic plants, growing day after day to add wonder, as an inescapable natural law.

The building continues to be spectacular after sunset, when the heliostat is struck by the LED lights designed by artist Yann Kersalé, flooding and colouring the levels below, so high up that it can be seen from a distance, even by people who live in lower buildings. 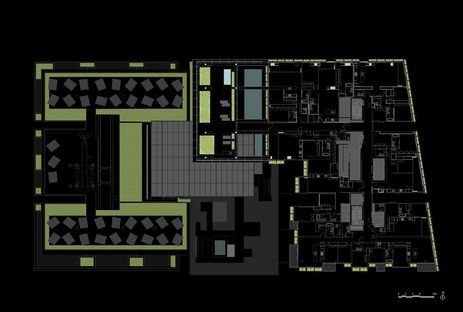 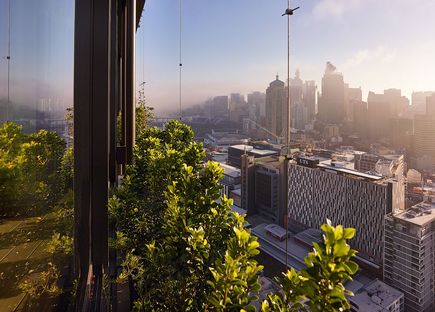 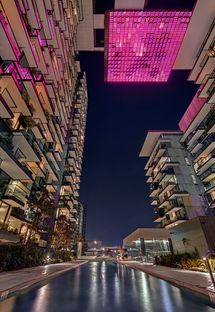 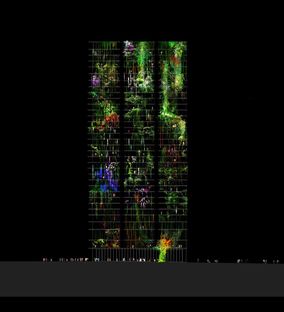 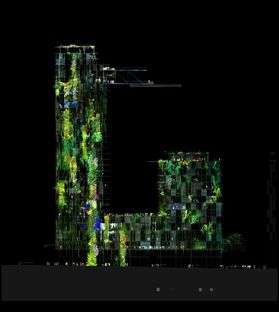 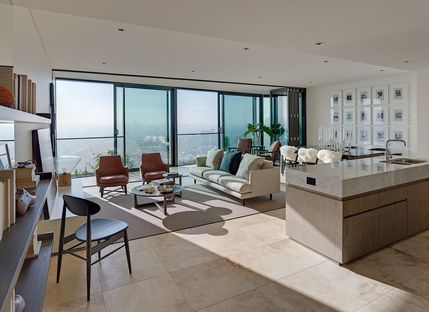 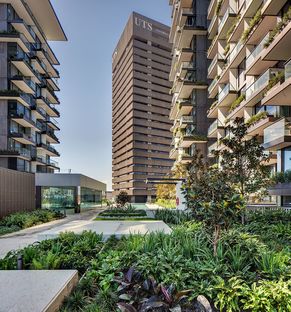 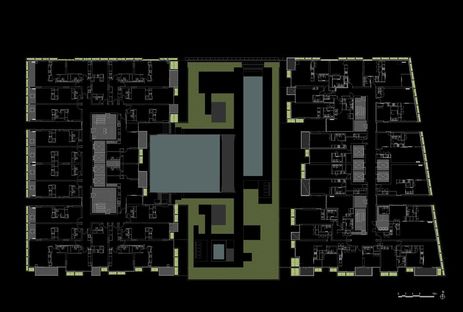 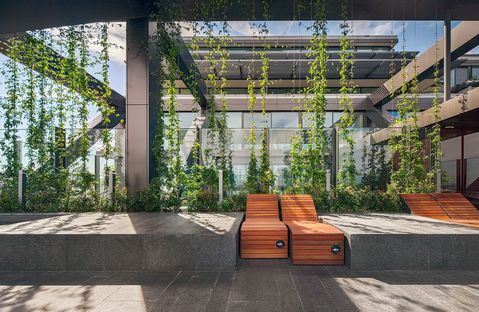 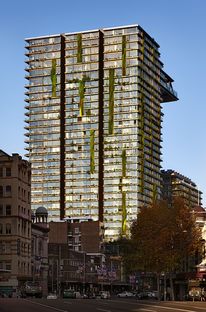 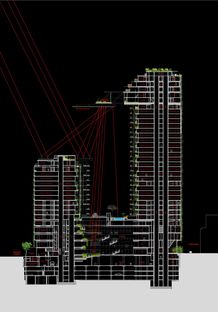 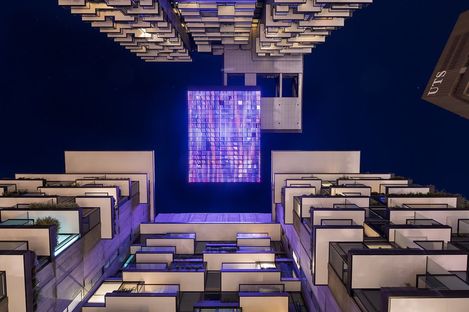 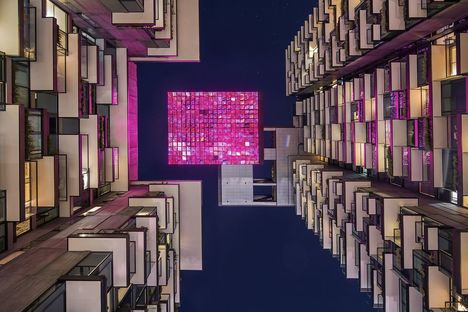 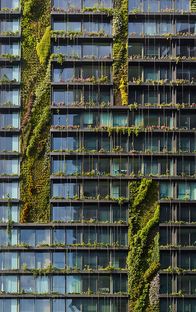 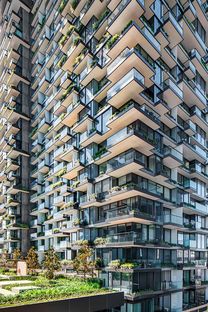 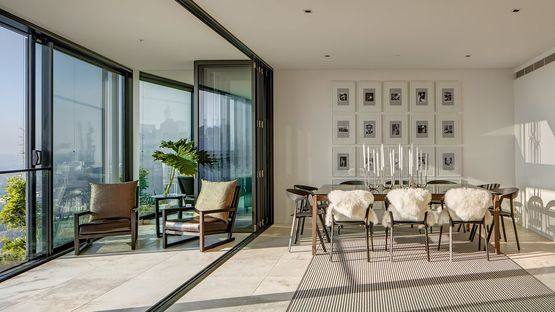 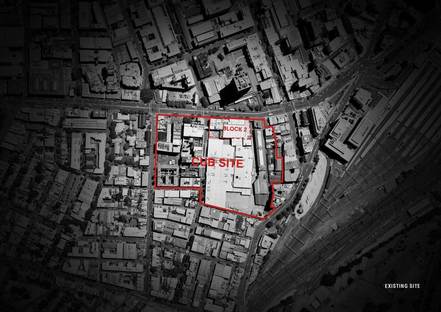 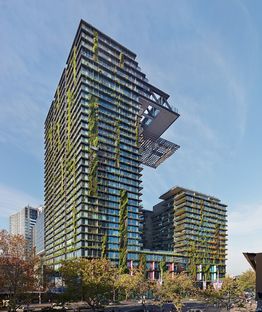 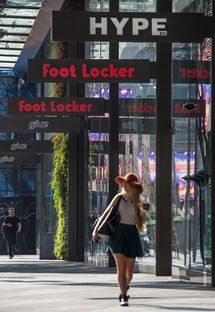 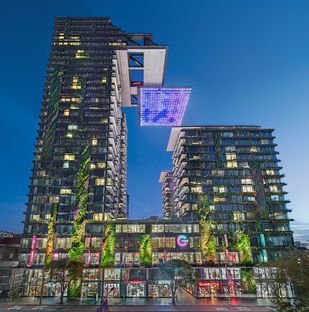 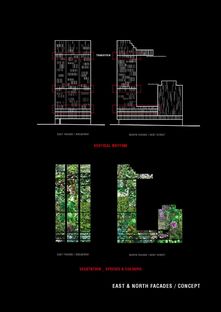 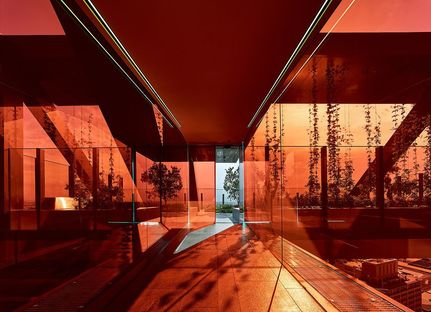 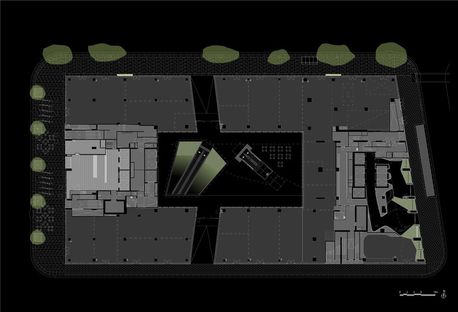 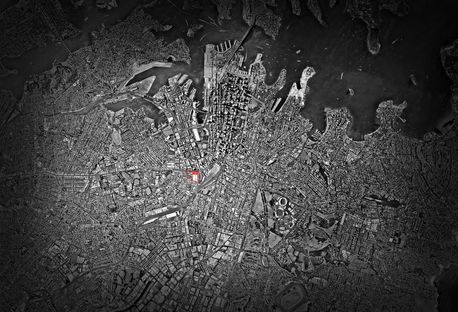 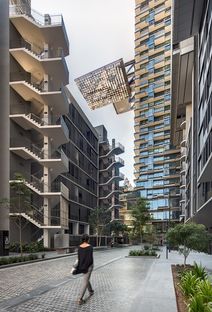 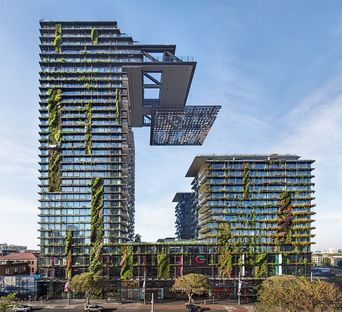 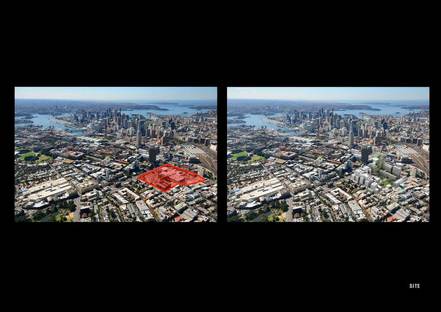 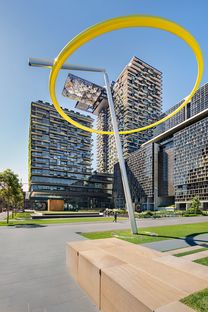 Luigi Rosselli: The Books House on the rocks in Sydney