The history of the new Louvre Abu Dhabi designed by Jean Nouvel, the first completed project in the Saadiyat Cultural District, began in 2006, when the sheik commissioned the famous French architectural studio to design a generic museum of civilisation. In 2007 the UAE reached an intergovernmental agreement with France: the new institution would go by the name of The Louvre for the next 30 years, and would have access to the skills and training of 17 French partner institutions. But the ambitious project is not the only one of its kind, for the construction of the new cultural district on the island of Saadiyat has also seen the involvement of some of the greatest archistars of recent decades, including Frank Gehry in the new Guggenheim, Norman Foster in Zayed National Museum, Tadao Ando in the Marine Museum and Zaha Hadid in the Performing Arts Centre. The Louvre is the first building to be completed, though it was inaugurated a couple of years later than planned, on November 11, 2017.
Those who have seen the plans for the other buildings note that Jean Nouvel’s Louvre stands out for its apparent simplicity. The building contrasts sharply with the towers of glass that rise out of the desert sands around it. The French architect surprisingly gives up the vertical challenge to develop the museum’s complex functional programme horizontally, breaking the museum up into 55 buildings arranged on an artificial archipelago. A maze of pathways and plazas surrounds a series of white volumes, like a little city in itself, similar to a medina, the historic district in Arabian cities. This metaphorical city within a city is topped by a huge dome, 180 metres in diameter, which is actually double, in that it is made up of four outer layers of stainless steel and four inner layers of aluminium, separated by a steel structure five metres high, all apparently suspended in the air. The interior of the dome is 29 metres high. Each layer is perforated with an arabesque motif recalling those of the mosques, homes and palaces of Islamic civilisations, a world of light and dark, mystery and revelation. The motif is repeated in different sizes and at different angles in the eight overlapping layers, so that the strong desert sunshine is broken up into rays as it penetrates the dome. 7850 of them have been counted, visible on the inside, but also from the outside at night, when the dome of the Louvre becomes a lighthouse on the Abu Dhabi waterfront.
The complex decorative scheme is the result of a geometry developed with Waagner Biro, the Viennese company specialising in steel structures which built the dome of the Reichstag and the roof over Norman Foster’s courtyard in the British Museum. Optimisation of the perforation of the dome on the basis of the relationship between natural lighting and the indoor microclimate, along with other passive systems for controlling heat throughout the entire complex, have made the museum a refuge from the desert heat and extreme temperatures for visitors and for the works on exhibit.
And here we can begin to see that by giving up the race to build the most imposing building, Jean Nouvel has shifted the focus onto Arabian culture itself, taking one of its icons, the dome, and elevating it to the state of the art in construction: as if to say that this Middle Eastern architecture incorporates the excellence of western design and technology.
The Louvre Abu Dhabi brings to mind the project of the late ’90s that elevated Jean Nouvel to the status of archistar: in his Institut du monde arabe, dialogue between Paris and Islam is represented by a high-tech façade rhythmically scanned by a grid of mobile diaphragms, like those of a camera, which adjust on the basis of the intensity of the light to produce a continually changing surface. In the interiors, the arabesque patterns projected a multitude of changing beams of light, as in a mosque. This fascinating effect is used again in Abu Dhabi thirty years later, confirming the direct link between France and the Arab world, between the Jean Nouvel of the ’90s and the Jean Nouvel of today. 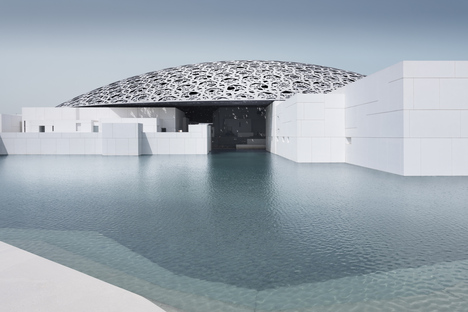 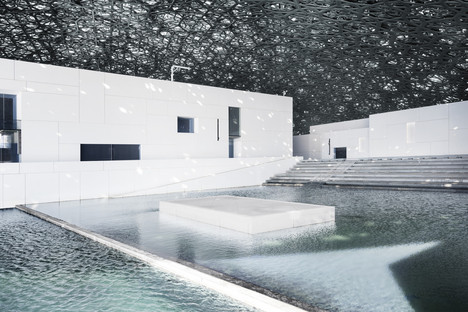 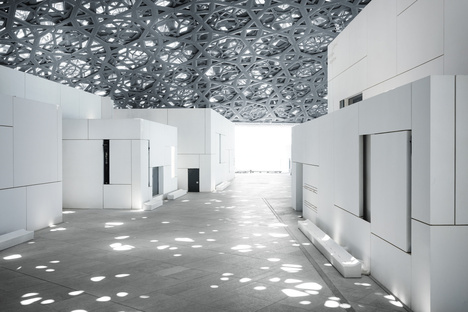 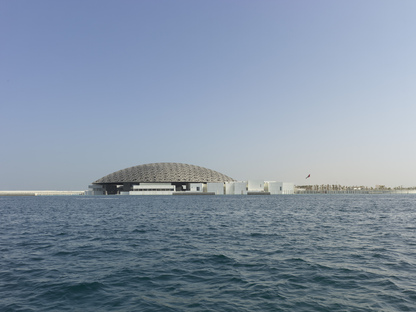 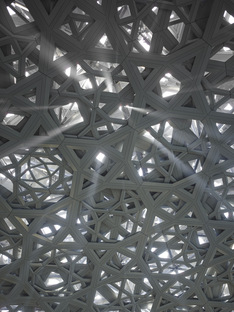 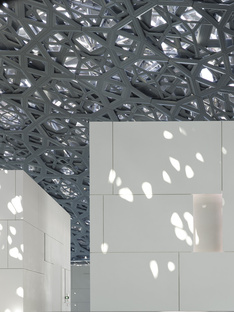 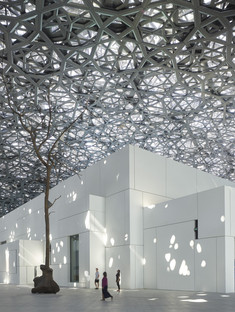 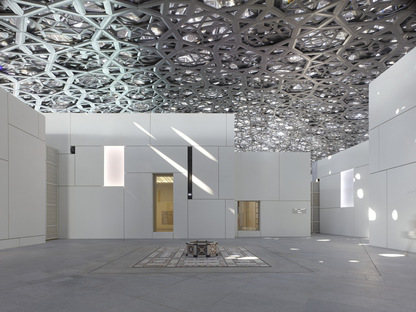 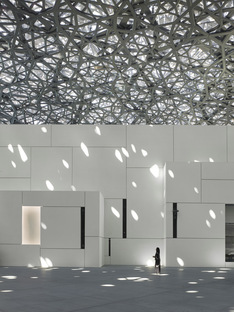 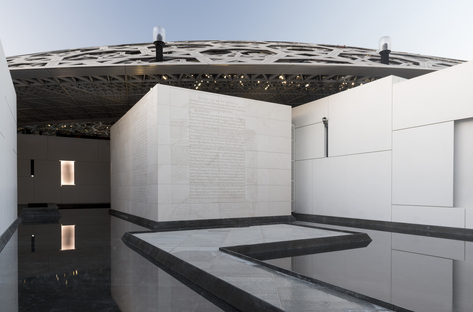 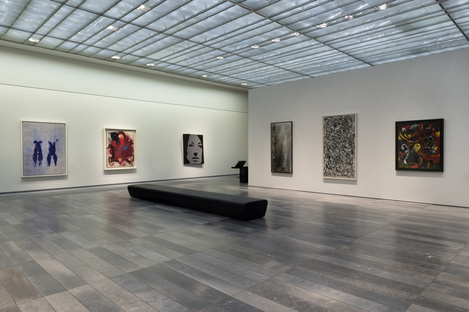 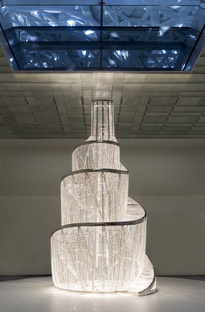 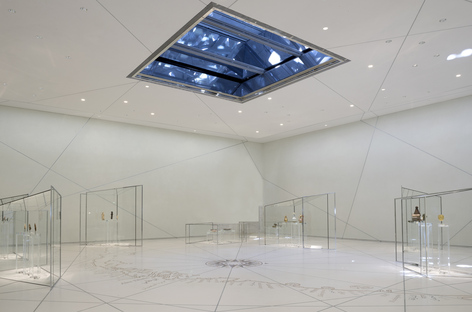 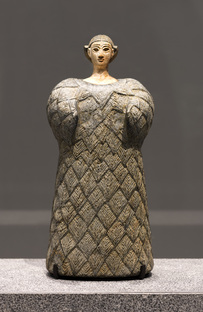 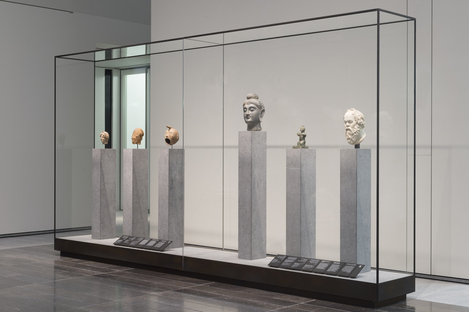 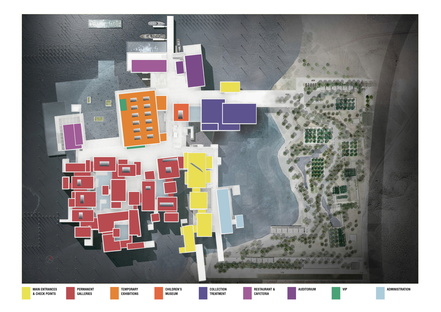 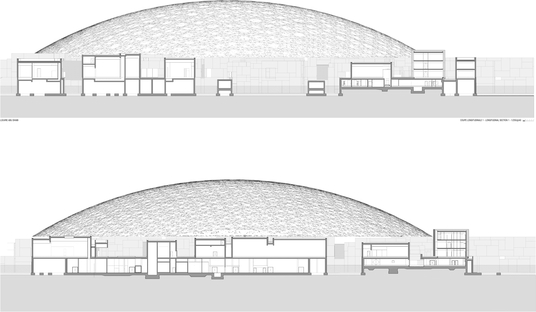 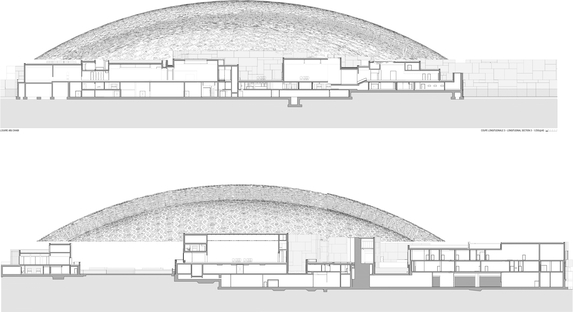 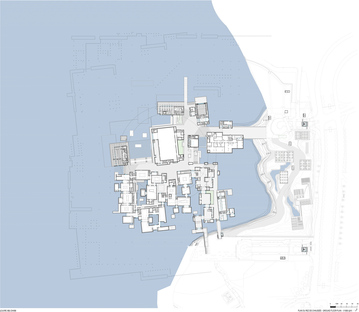