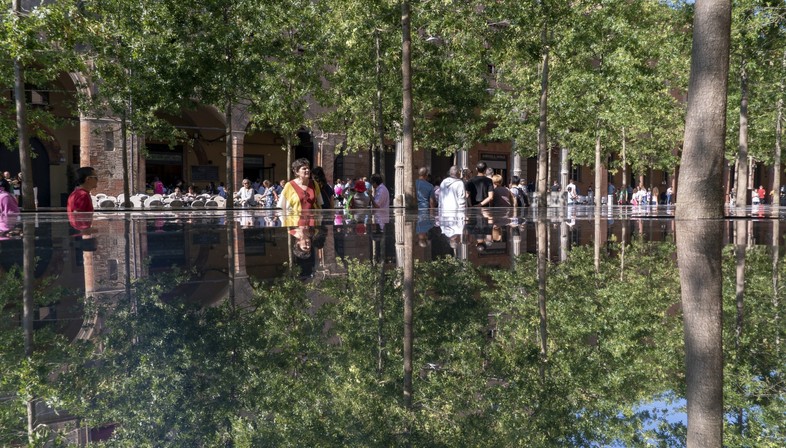 Equilibrium, a performance by artist Miyoko Shida Rigolo, was the highlight of the party Iris Ceramica Group brands Fiandre and Porcelaingres held during Cersaie, expressing one of the keys to the Group’s heritage in images and emotions: “ongoing daily research and a fine balance ” between production and ecology or sustainability, in the awareness that even the weight of a feather makes a difference in the balance of things. Iris Ceramica Group CEO Federica Minozzi emphasised this concept at the annual press conference and meeting with reporters held on September 25 at Cersaie. 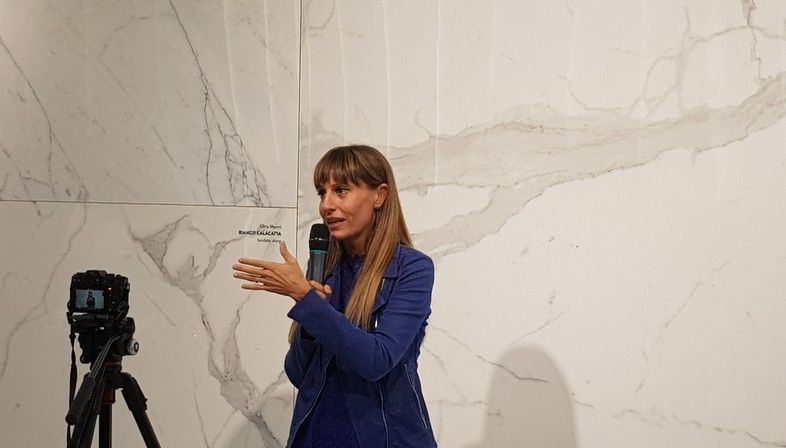 Federica Minozzi provided reporters with a brief account of the history of the Iris Ceramica Group, an international leader in the ceramics industry which now operates in 100 countries all over the world. The Group’s history began in 1961 with the foundation of Iris Ceramica by Romano Minozzi. This example of Italian excellence in enterprise was followed, beginning in the ’70s, by the takeover of other outstanding ceramics manufacturers such as Graniti Fiandre and Ariostea in Italy, followed by Stonepeak Ceramics in the United States and Porcelaingres in Germany.
The group’s history is tied to that of the important new developments it announced at Cersaie in 2018. New products by the Group’s leading brands: Ariostea, Eiffelgres, Fiandre, FMG Fabbrica Marmi e Graniti, Iris Ceramica, Porcelaingres and Sapienstone, including two new porcelain slabs presented as Group products, and other news that Federica Minozzi described as “of great importance”.
Of great importance because it draws on the roots of the Group’s history. Right from the start, the founder of Iris Ceramica, Romano Minozzi, strongly believed that the Group’s business and manufacturing activity must take into account a focus on natural resources, covering the production plants with posters reading Economy = Ecology.
“Natural resources are limited, starting with air, water and of course raw materials. It follows that if we are not capable of perfecting a system that makes reasonable, rational use of these resources and above all re-uses and protects raw materials, starting now, our economy will come to an end sooner or later ”, points outFederica Minozzi. And the Group’s farsightedness is reflected in its ongoing research into all aspects of manufacturing, striving every day to achieve balance between production and sustainability. 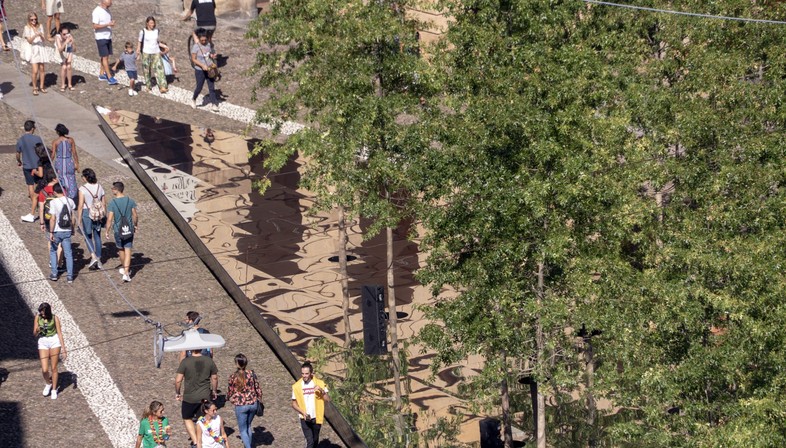 This message has become a part of the Group’s heritage and produced important results in a number of fields. In an act of accusation, in 1972 Iris Ceramica placed an installation in Bologna’s Piazza Santo Stefano called “Pollution: for a new aesthetic of pollutionrdquo;, in which clods of soil and blades of grass were reproduced on 10,000 33x33 ceramic tiles. 46 years later, out of these clods of soil have grown the trees of Pollution Refle-Action, an installation designed in partnership with architect Marco Cucinella of studio MC A and with the SOS School of Sustainability. The 1972 project produced reflection, but also action in the many areas in which the Group works. In the plant where large slabs are produced in Castellarano, for example, a new machine was installed in July/August 2018 which reduces polluting emissions from the production cycle to zero.
On the topic of production, Cersaie saw the launch of Active 2.0, a new evolution of eco-active ceramics developed by the Iris Ceramica Group since 2009. The new Active 2.0 technology achieves the anti-bacterial effect of first generation Active products even under low light conditions and in darkness.
All these victories are, as Federica Minozzi pointed out, not just random incidents, but the result of constant research and a strong emphasis on the ethical and virtuous aspects of production on the part of entrepreneurs, with the support of local communities and institutions; the Group will begin publishing a social sustainability report next year. 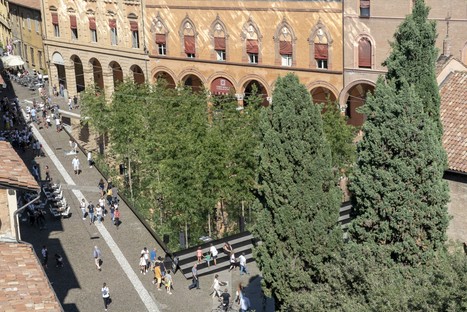 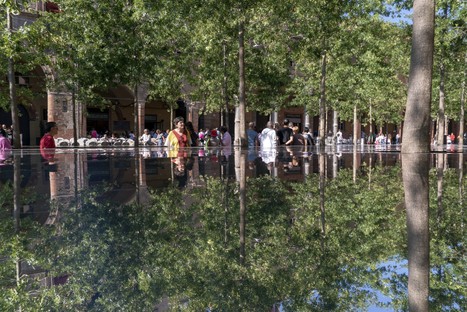 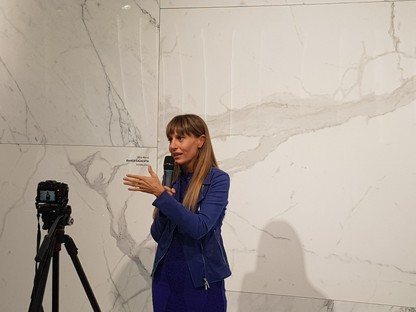 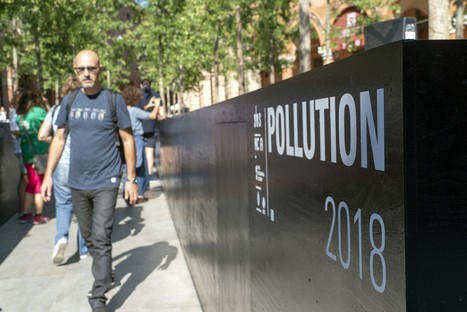 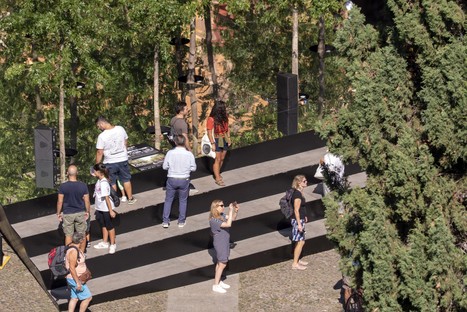 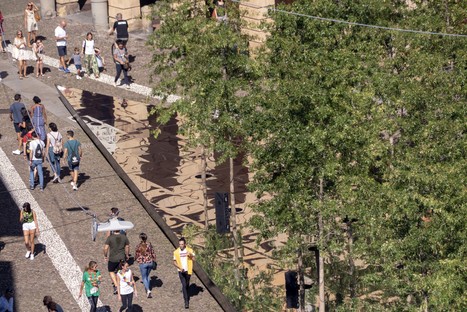 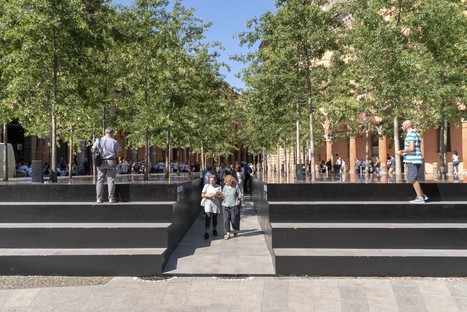 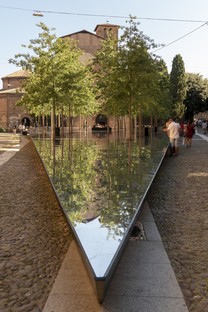 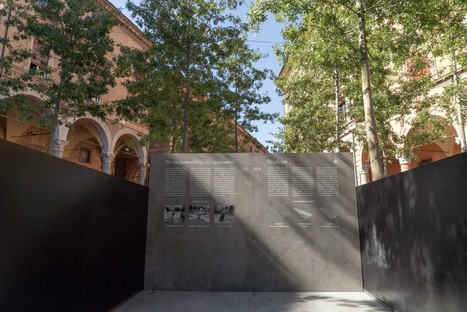