The concert hall in the palace of culture in Dresden, home to the city’s philharmonic orchestra, reopened on April 28. The renovation project by von Gerkan, Marg and Partners (gmp) also encompasses the city’s central library and the Herkuleskeule Cabaret. 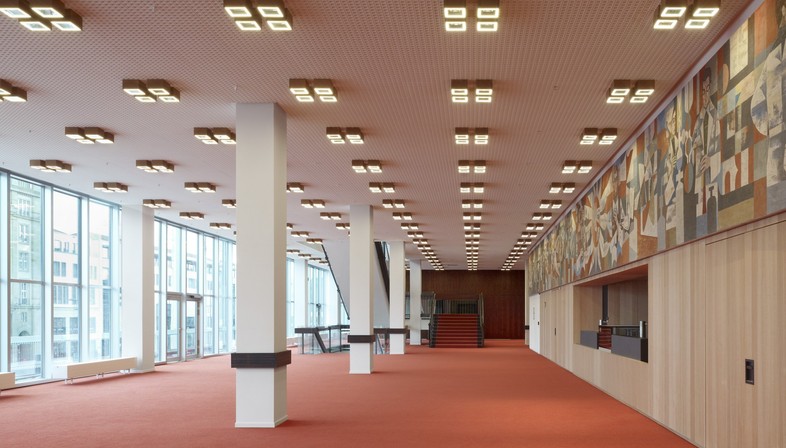 Dresden’s philharmonic orchestra is back home! On April 28 the philharmonic performed its first concert in the renewed concert hall following the renovation and expansion of the palace of culture by architectural studio von Gerkan, Marg and Partners (gmp). 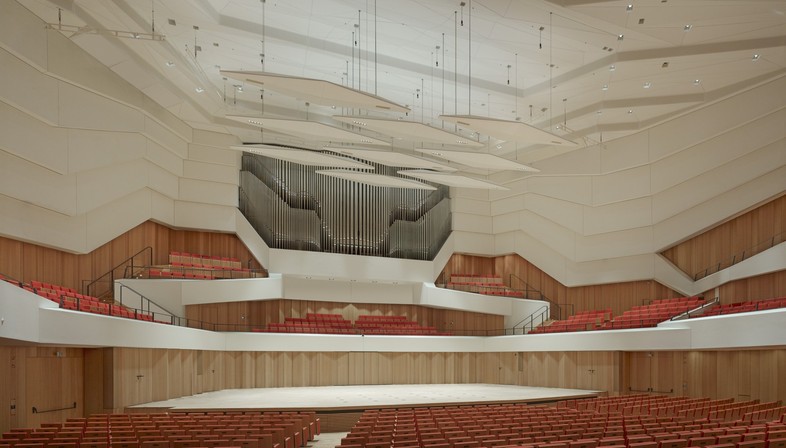 The project was inspired by profound reflection on the concept of "palace of culture" and the existing building, considered an outstanding example of the modernist style in East Germany (DDR). The renewed palace of culture in Dresden contains not only a concert hall but the city’s central library and a cabaret theatre. The architects wanted to preserve the place’s historic identity, and so they restored the building by returning to the original plan dating back to 1969, redefining its internal layout and traffic routes. The heart of the building is the Concert Hall, with new acoustics perfected through close teamwork of the architects with sound engineers and the orchestra itself. On either side of the concert hall are the wings of the Central Library, and below it is Herkuleskeule Cabaret, a historic cabaret theatre that celebrated its fiftieth anniversary on May 1.
The glass façade allows the building to invite people inside to discover the new spirit of the Kulturpalast, not only a concert hall meeting high international standards but also a place of culture and knowledge, an interactive space open to new generations. 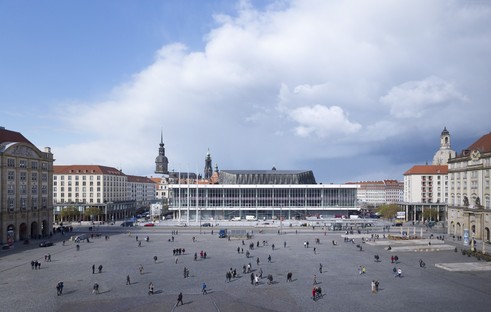 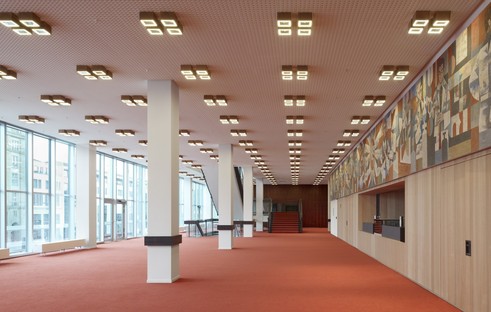 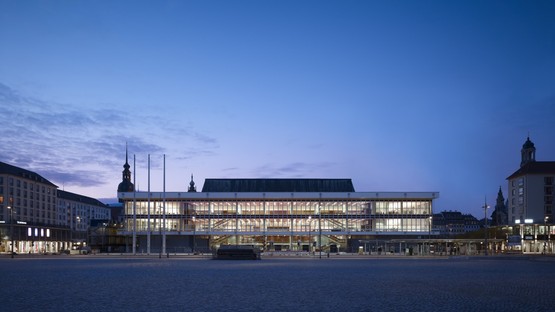 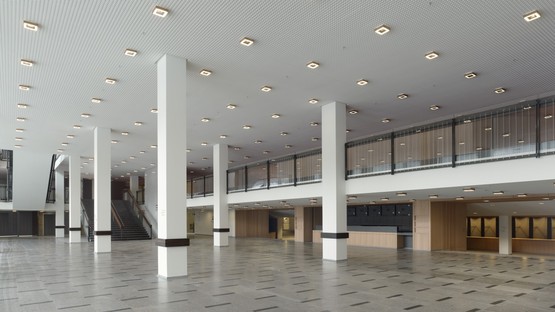 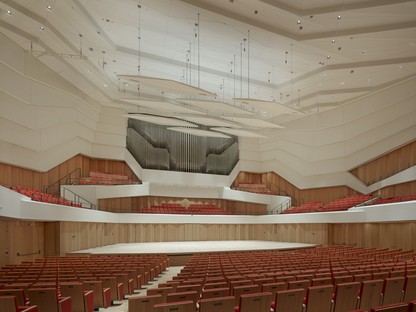 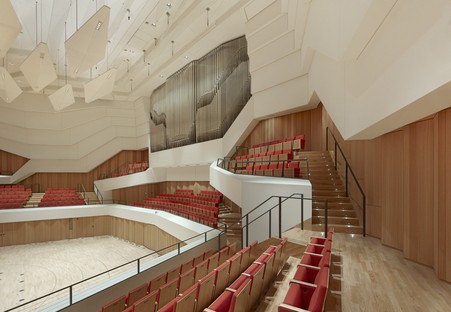 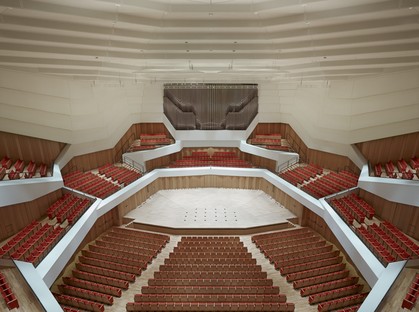 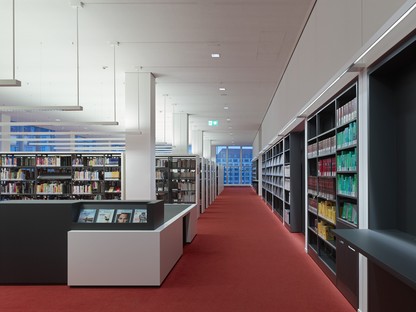 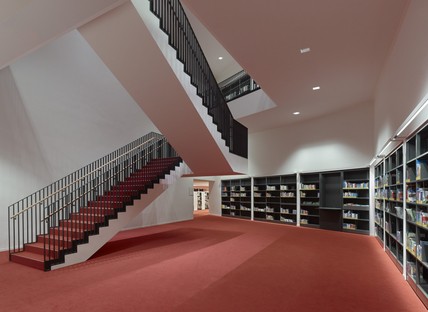