Architecture and landscape in harmony, is how the von Gerkan, Marg and Partners Studio (GMP) has defined the new, recently completed Huawei production centre in Beijing. 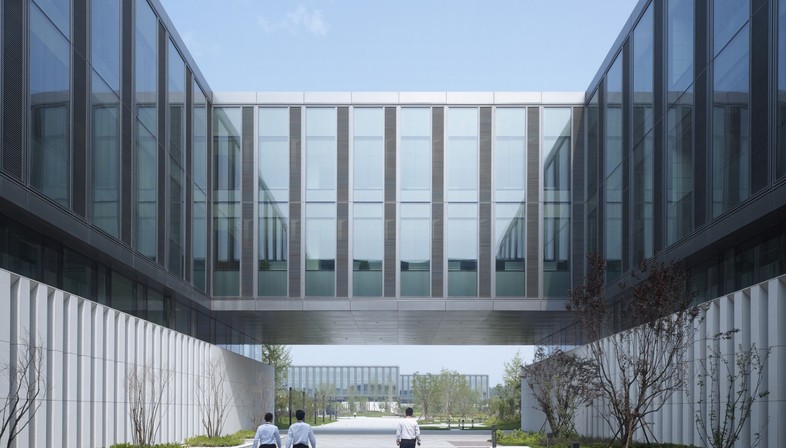 The relationship with the landscape and with the grounds that surrounds the Huawei production, development and research centre is the strong point of the recent project by the GMP studio for the Chinese telecommunications company. 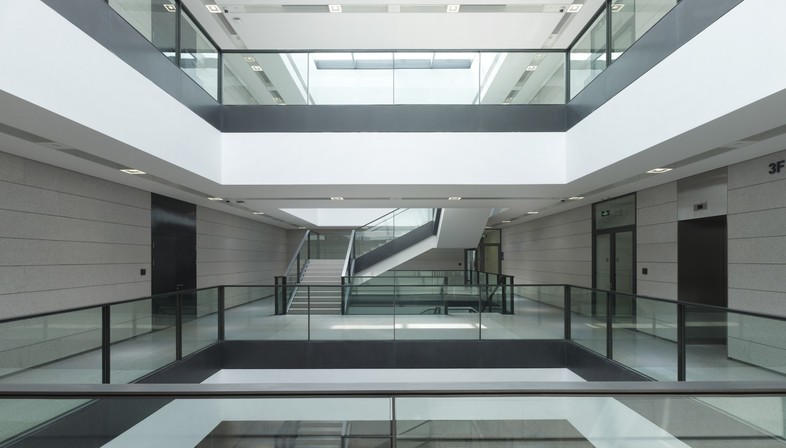 The site is part of the scientific and technological park of Zhongguancun Environmental Protection to the North-East of Beijing, dominated by the skyline of the nearby West Mountains. This led to the decision to arrange the spaces in a campus model, so that each lab and workspace could have a close relationship with the surrounding greenery and landscape. The architects have organised the centre with a central canteen building around which are three blocks of buildings for research and development. The centre has an external ring road for cars while inside there is a network of pedestrian walkways. The shape of each building block – two volumes that intersect – allow the creation of courtyards and garden areas that become places of transition and mediate the relationship between the open space of the grounds and the indoor workspaces. The theme continues in the buildings themselves, where the first floor is a natural pale stone base, mainly enclosed, on which the upper part in metal and glass panels is developed. The only building that is different is the canteen, underlining its central nature as a public space and meeting place for staff and users of the production centre. 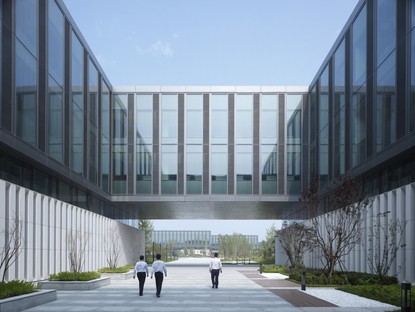 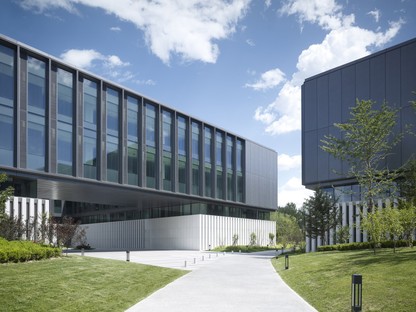 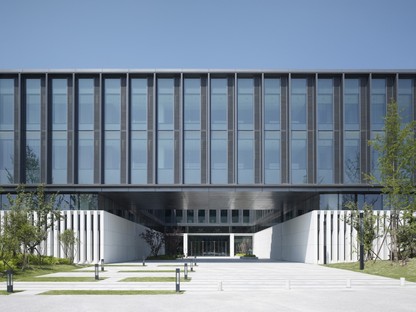 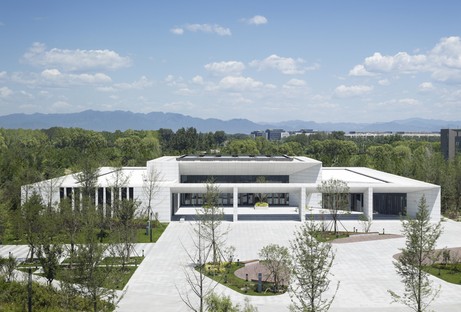 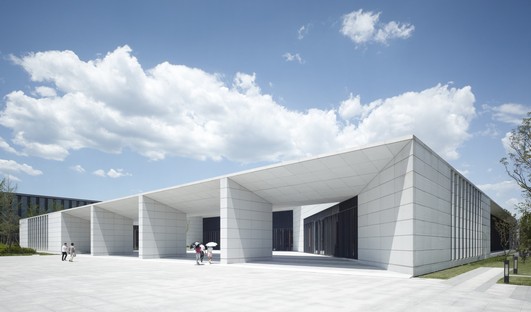 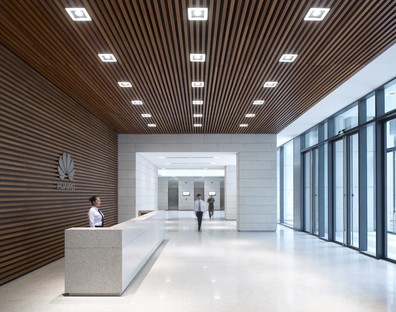