The exhibition titled “Lina Bo Bardi 100 – Brazil’s Alternative Path to Modernism” is organised by the Munich polytechnic architecture museum at the Pinakothek der Moderne. Exploring the work of Lina Bo Bardi in her centenary year. 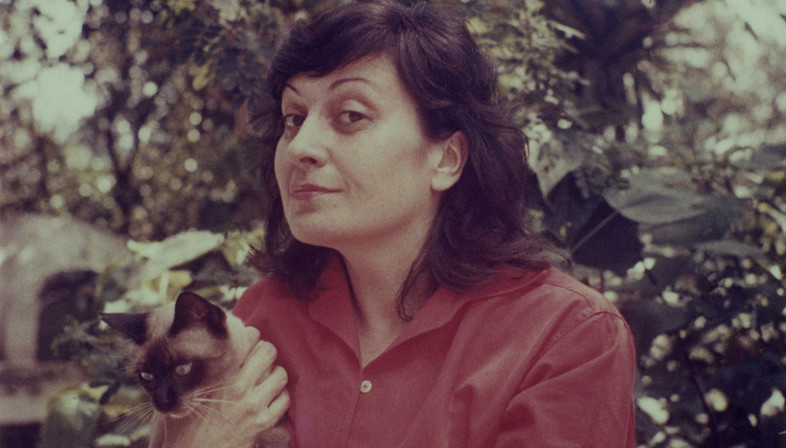 
The exhibition “Lina Bo Bardi 100 – Brazil’s Alternative Path to Modernism” has been set up in the  Pinakothek der Moderne in Munich to celebrate the Italian-born Brazilian architect, Lina Bo Bardi, who would have been 100 years old on 5 December and who left an unforgettable mark in the history of world architecture.
The exhibition explores Lina Bo Bard’s unique style, from the time of her education in Italy in the 1930s, her work with trade magazine like Domus, Lo styles and A Cultura della Vita, through to her buildings in Brazil.
The exhibition mainly focuses on her original drawings and sketches, the basis of her unique approach to design, showcasing more than 100 of these from the Istituto Lina Bo e P.M. Bardi in São Paulo.
“Lina Bo Bardi 100 – Brazil’s Alternative Path to Modernism” also underscores another fundamental aspect of Lina Bo Bardi’s architecture – how much the general public appreciated her courageous, visually exciting constructions. Clear proof of how her “architettura povera” architecture paved the way for today’s socially engaging architecture.
Lina Bo Bardi’s work also reflects the approach of a person who thinks outside the box, a true pioneer in her field. She came to the conclusion that “Linear time is a Western invention, time is not linear, it is a marvellous tangle, where, at any moment, points can be selected and solutions invented, without beginning or end”, and she continued to change and adapt to that non-linear time, which Paolo Schianchi also discusses in his recently published book “Architecture on the Web. A critical approach to communication”.
The biggest monographic exhibition of Lina Bo Bardi outside Brazil is curated by the Architettura Museum of Munich Polytechnic, the catalogue is published by Hatje Cantz, and the exhibition is open until 22 February 2015. 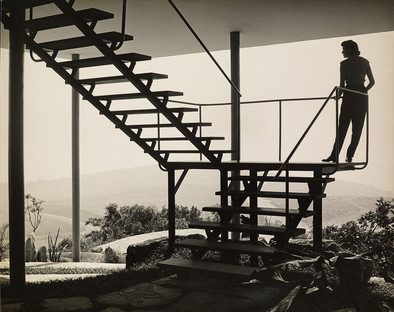 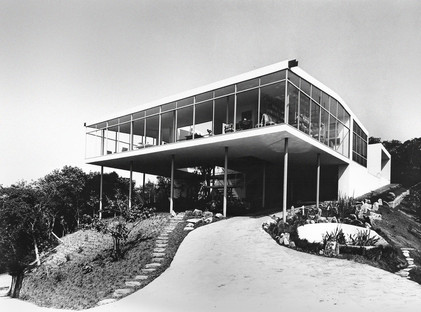 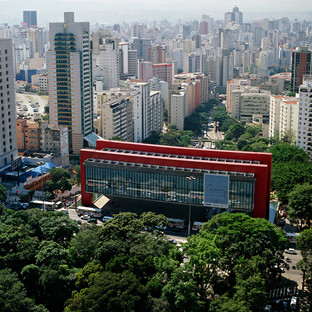 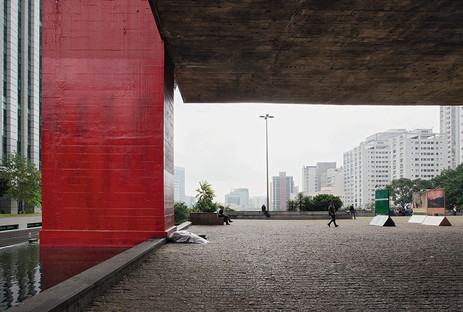 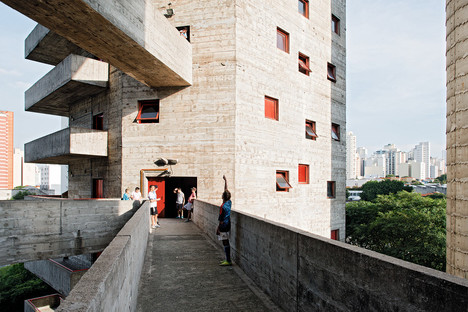