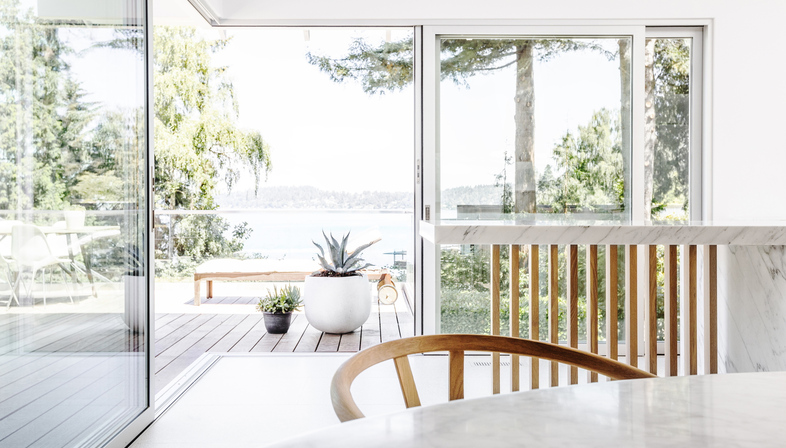 Mercer Island is a city in King County, Washington, USA, located on an island of the same name in the southern portion of Lake Washington, in the Seattle Metropolitan Area. Mercer Modern was built on a 1400-square-metre lot in the city in 1969, a real modernist house. The house had great bones but had fallen into disrepair. The interior also felt dated and disconnected from the outside; still, this meant the new owners could reimagine the natural flow of the interiors, bring the house into the third millennium and open it outward to the landscape.
The architects from Wittman Estes, commissioned for the overall revamp – including the garden – came up with a new layout for the home, a poolside terrace as the focus and expanding stairways and paths to connect the levels of the house. They redesigned the master suite, kitchen/dining, and lower floor to open towards the outside and to create a visual connection between the spaces.
The architects developed the project with the active collaboration of the new owner, fashion designer Melanie Owen, originally from Southern California. The fashion designer brought her love of light, bright tones and the simple open spaces from the Californian surfer culture to the table. At the same time, this was a Pacific Northwest house, with its traditional woodcraft and fine built-in cabinetry, so architects and client worked to bring the two styles together.  The idea was to create spaces that would pair the qualities of Southern Californian modernism with the warmer, highly crafted wood carpentry that the Puget Sound region is known for, somehow uniting these two worlds.
The remodel completely reconfigured the main living space, encouraging a smooth connection between the living room, dining room, and outdoor space, with the view of Lake Washington and the skyline of downtown Seattle. A concrete and glass staircase connects the upper terrace to the garden and landscape, encouraging the occupants to “meander barefoot through the property”, as the architect, Matt Wittman says.
Melanie Owen’s touch is particularly apparent in the material palette used for the remodel of Mercer Modern, with a breezy, lightweight feel that opens up the heart of the home to both the outdoors and natural, sustainable textures, the different wood types first and foremost.
This collaborative approach between architects and fashion designer has resulted in a bright, relaxed and cheerful home, where the inhabitants can enjoy the best that the American Pacific culture has to offer, from the craftsmanship and depth of the north to the carefree lifestyle and luminosity of the south. 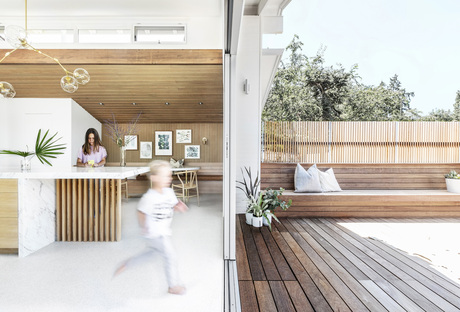 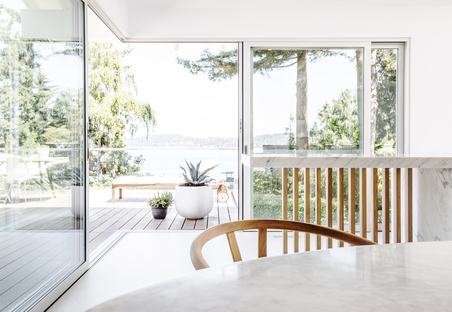 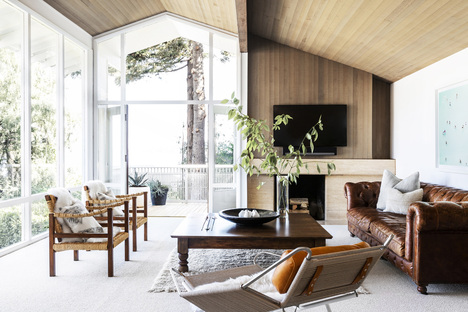 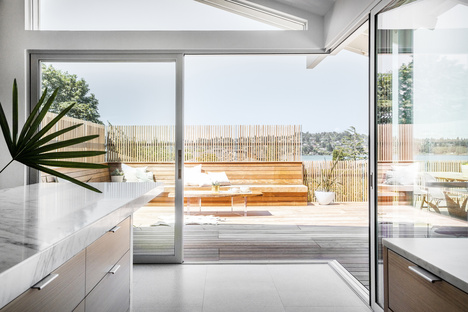 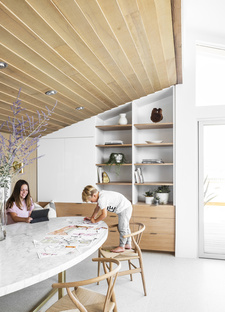 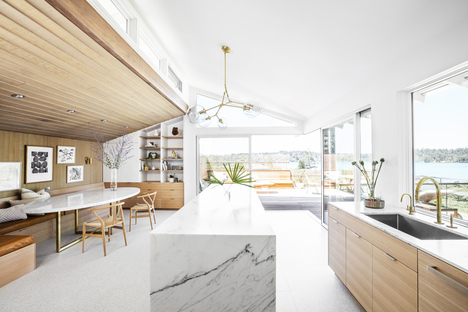 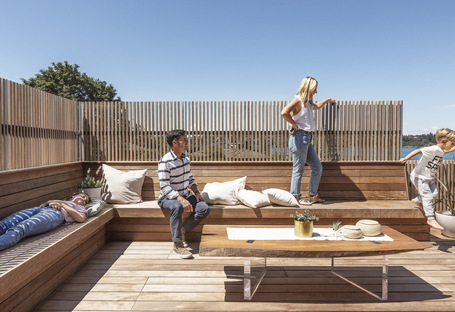 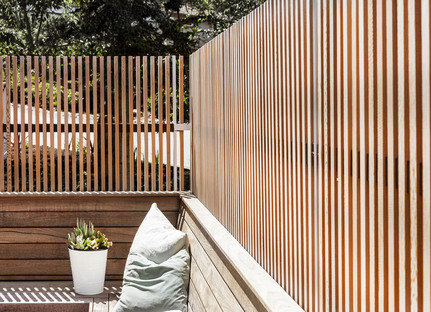 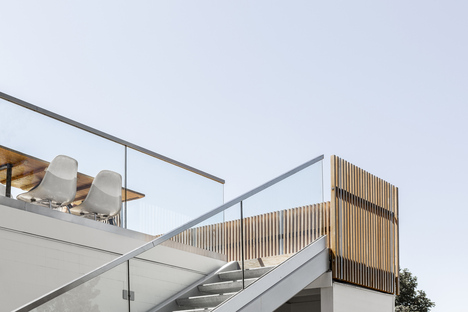 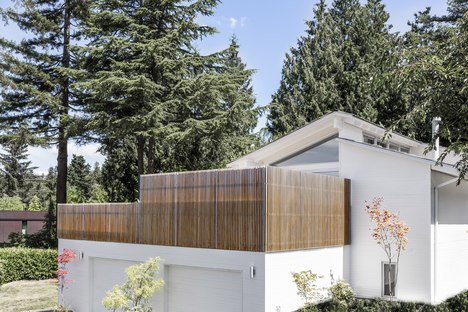 Cloud Room, a co-working with a twist