Libraries are a treasure trove of knowledge. 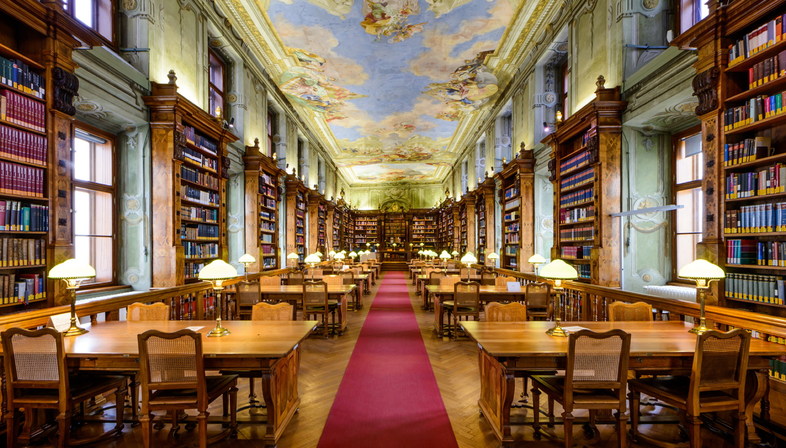 Libraries are a treasure trove of knowledge. This is the title of the jubilee exhibition honouring the 650th anniversary of the founding of the Austrian National Library in Vienna to introduce a year of celebrations for one of Europe's largest libraries.


On Livegreenblog we often showcase projects of new libraries, from major works like the Chicago Public Library, Chinatown Branch of SOM (link), which has just won a 2018 AIA Institute Honor Award for Interior Architecture, to small structures like the library in Indonesia (link) designed by SHAU and made from ice-cream tubs.
This time, instead, we're looking at a historical library, the  Austrian National Library in Vienna, which is celebrating its  650th anniversary marked by the production of the famous “Gospel Book” written by Johannes von Troppau in gold letters and owned by Duke Albrecht III who stored it in the treasure chest of the Duke's castle.
Even now, most of the Austrian National Library (ÖNB) in Vienna is located in the Neue Burg section of the Hofburg Palace on the Heldenplatz. Other departments are located on Josefsplatz and in the Palais Mollard-Clary on Herrengasse. As the national library, operated by the National Ministry of Science and Research, it holds the obligatory copies of all the printed works published or produced in Austria. These include the degree dissertations approved by Austrian universities. Since July 2000, the collection of obligatory copies has been expanded to include digital publications, and historical papers and magazines are scanned and offered online on the internet.
The central structure of the library is the stunning Baroque state hall, the “Prunksaal”, the first building expressly designed for the court library since the books had originally been stored at the monastery of the Minorites. Building began in 1721 by the Austrian architect Johann Bernhard Fischer von Erlach and was completed in 1723 by his son. It is a true gem of Austrian Baroque.
This year, the hall is also hosting the main exhibition in honour of the anniversary, “Treasure Trove of Knowledge”. Starting from the renowned Gospel Book of 1368 along with other treasures of the library, including rare maps and the manuscript of Mozart's “Requiem” as well as photographs and graphic designs, some of which are so delicate they can only be showcased for a short time as “objects of the month”, visitors can get an idea of the library's cultural legacy.
What more can we say, 2018 is the year of Vienna, the celebrations for the national library also include an extensive support programme that encompasses related institutions, such as the Papyrus Museum, the Globe Museum, the Esperanto Museum and the Literature Museum of the Austrian National Library, plus the major art exhibitions dedicated to “Wiener Moderne” that we will be presenting shortly. 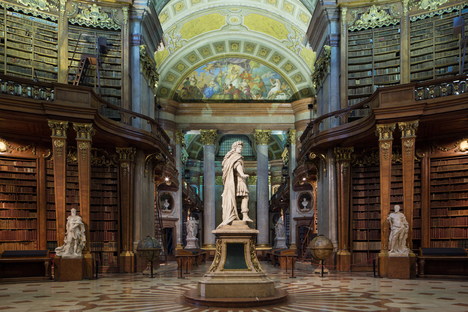 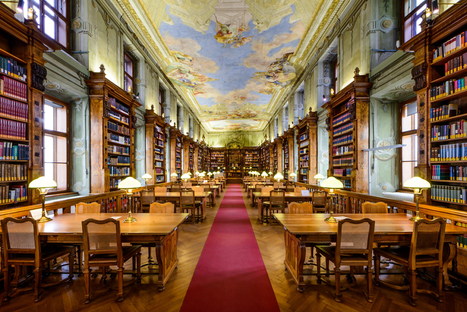 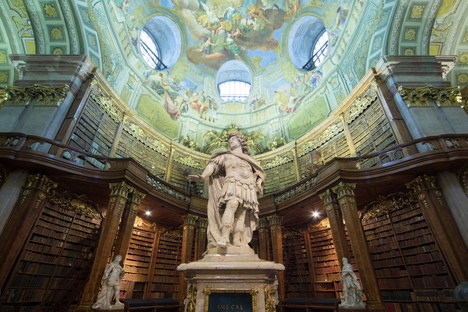 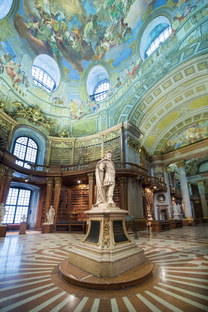 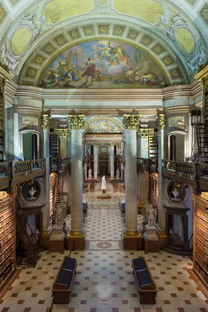 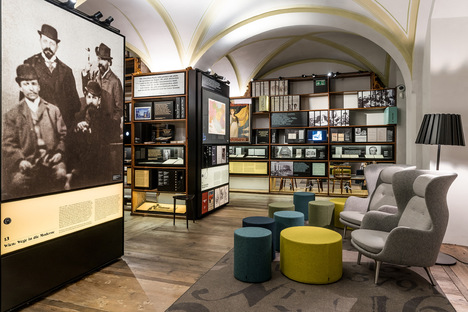 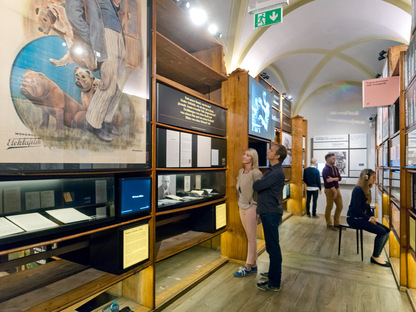 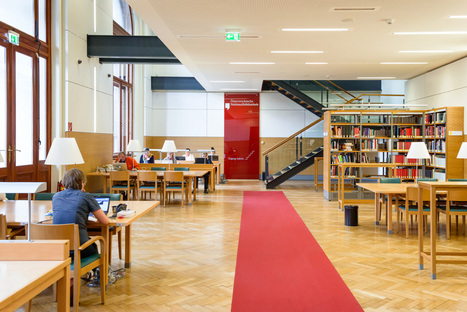 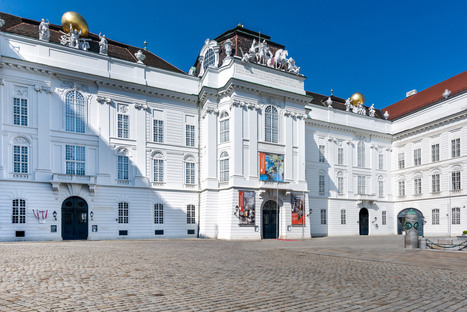