Salem Public Library, in Salem, Oregon, is a concrete and glass structure designed by George Rockrise and Donald Richardson in 1970. Hacker Architects and local residents made sure that the building’s Brutalist architecture was skilfully preserved, improving its structural resistance and construction systems to meet the requirements of today’s standards. 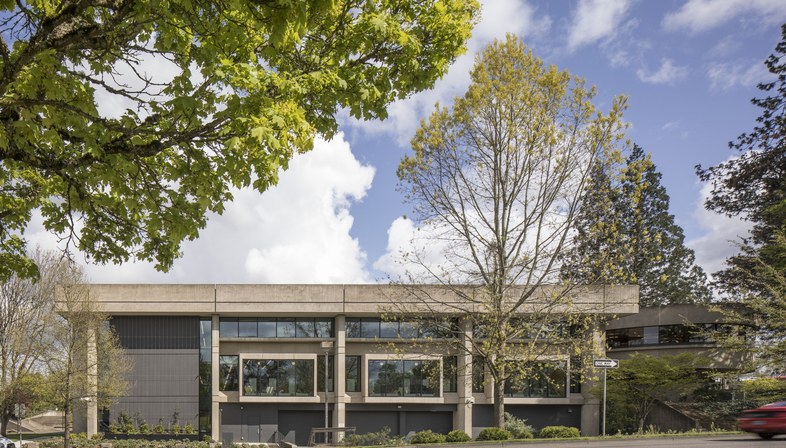 Preservation of Brutalist architecture is becoming an increasingly prominent theme these days, as many of the constructions built in this style are still in good condition but fail to meet the requirements of our times demanding greater permeability and interaction of buildings with their surroundings. Restoration and conversion projects have a crucial role to play here, as the most sustainable form of architecture is never a new building but preservation of an existing one, taking into account the energy it embodies.
This was the case of Salem Public Library, in the centre of the city of Salem, Oregon. In 2017 citizens passed a referendum to preserve the immense structure, measuring over 8900 square metres, designed in 1970 by San Francisco architect George Rockrise with local architect Donald Richardson, completed in 1972 and expanded in 1990.
When funding came through for seismic renovation, accessibility improvements and life-safety updates, the city and the library saw a rare opportunity to preserve the building and make it more useful to today’s citizenry. Hacker Architects of Portland, the engineers of KPFF, and general contractor Howard S. Wright Construction worked in close collaboration with library staff to „create a space that is welcoming, safe, and flexible while enriching a connection between people and their community“, according to the architects’ note for the press.
Daylight plays a prominent role in the adaptation of spaces in a structure that was originally a fortress-like inward-facing structure. Hacker Architects redesigned the entrances, using large windows to establish interaction between inside and outside, with a big foyer welcoming visitors, replacing the old separate stairwells with a beautiful new staircase connecting the various different levels while maintaining contact between all the public spaces.
The new design of the spaces results in a new, improved user experience for both patrons and staff. To promote use for a variety of different functions and requirements, the offices are grouped together on the lower level, while public areas are primarily located on the two upper levels, taking special care to distinguish between spaces with various different degrees of noise and quiet. The architects efficiently collected all the services for youth together and put them on the top floor, to allow for greater sharing of resources as well as improved operations and clarity of collections, which include a Discovery Room and Teen Scene and Children's areas featuring renewed design.
The building’s dialogue with its surroundings is underlined by a new main entrance. Hacker Architects have eliminated the tunnel that used to bring drivers from the parking lot to the door, redesigning access to Salem Public Library with a new landscaped plaza and street furnishings. There are now community rooms available for use outside of the library’s regular opening hours next to the entrance, bringing more new life to the area.
The renovation of Salem Public Library demonstrates Brutalist architecture’s great potential for sustainability in both environmental and economic terms, as the team of architects found creative ways to make the most of the available funding and provide the city with a new living room, a bright, welcoming space that invites the community into a cross-generational gathering-place. 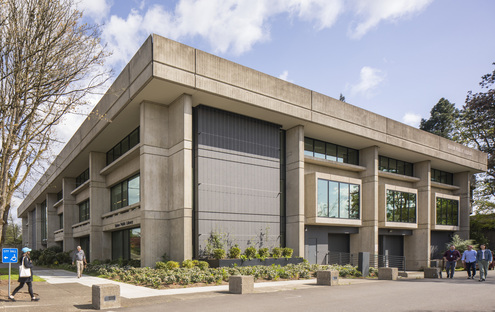 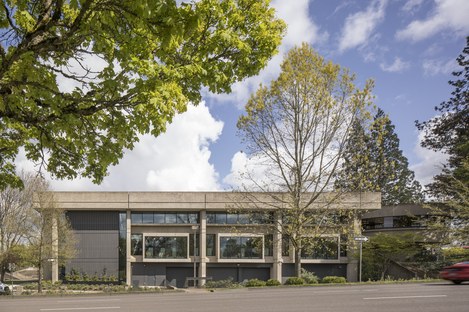 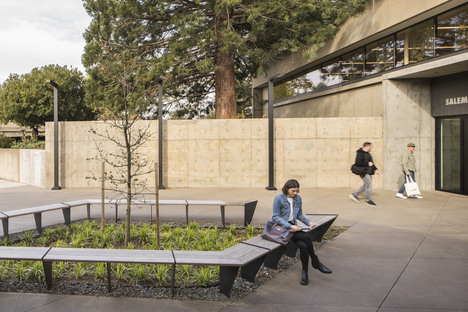 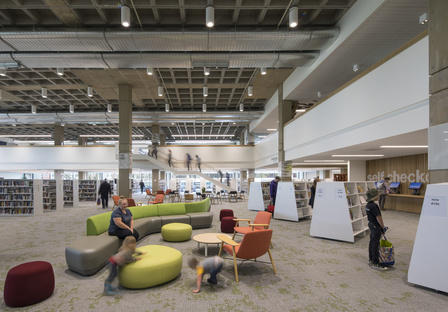 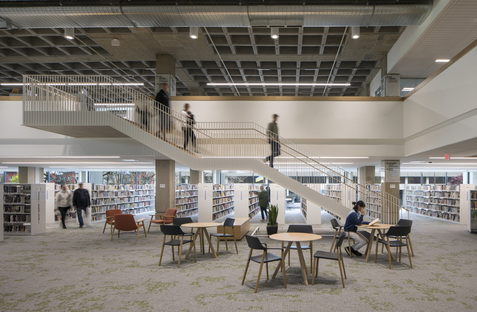 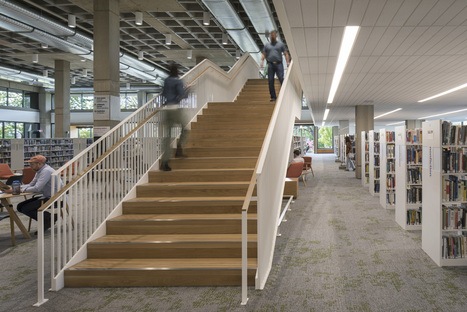 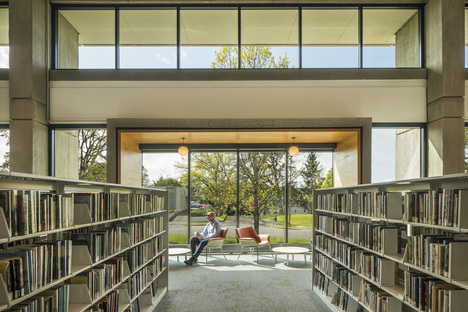 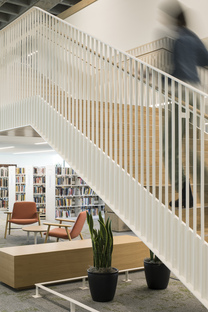 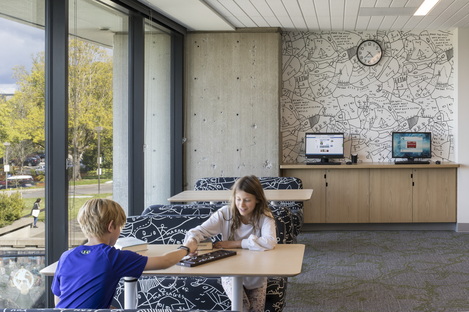 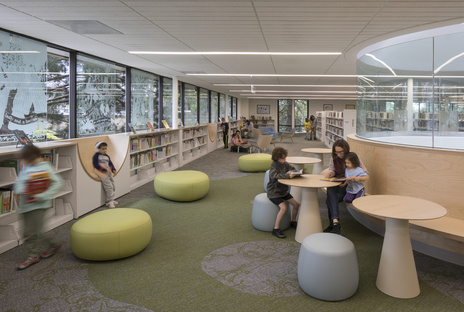