While we are just a few days away from the end of the 16th International Architecture Exhibition - La Biennale di Venezia with the theme Freespace proposed by the Irish curators Yvonne Farrell and Shelley McNamara (Grafton Architects), here is a look at STADIUM. 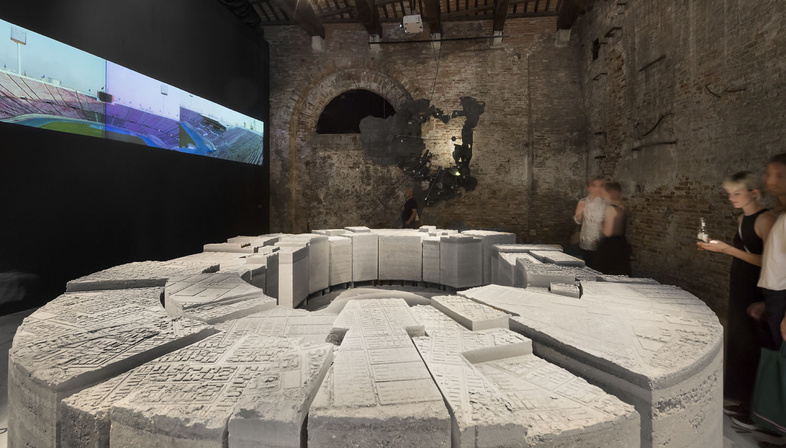 While we are just a few days away from the end of the 16th International Architecture Exhibition - La Biennale di Venezia with the theme Freespace proposed by the Irish curators Yvonne Farrell and Shelley McNamara (Grafton Architects), here is a look at STADIUM. An event, a building, a city, Chile's participation. An example of the essential part that architecture plays in the history and the politics of a nation.


Chile's participation in the 2018 International Architecture Exhibition in Venice, curated by the Chilean architect Alejandra Celedón and Commissioned by Cristóbal Molina (Ministry of Cultures, Arts and Heritage) is centred around a single historical event that took place on 29 September 1979, when the National Stadium in Santiago was turned into a giant urban administration office. On that day, 37,000 people, the so-called pobladores who had occupied land in Santiago crowded into the stadium and in an attempt to resolve Chile’s housing crisis, they were given titles to the property where they had built their mostly makeshift homes. In order to facilitate the regularisation operations, a blueprint of the stadium was prepared with the outline of shantytowns instead of bleachers, thereby rendering the genesis of Santiago’s current layout within the drawing of a public building, in this case, the stadium.
At first sight, the pavilion is deceptively simple.  Visitors find themselves face to face with a short explanatory text on the black wall of entrance vestibule, with a plan of the stadium that replicates the scheme adopted in 1979.
Then the main room houses a giant, 1-metre+-high model of the stadium made from rammed earth. This was a clever choice by the curator Alejandra Celedón because it alludes to what was actually given to the people at the stadium that day, a piece of land worth very little except for the value of their own creativity in making a home there. The rammed earth selected for the relief model was studied so that it would undergo a slow transformation over the months. In the first few weeks of the Biennale the urban grid was clearly visible and then it gradually crumbled.
The installation is completed by two rows of screens on the walls of the space: one high above eye-level plays video of different events that have taken place at the National Stadium while another close to the floor shows footage of interviews with Santiago residents who came into contact with the stadium through one of its many uses. So before our very eyes, Chile’s complex history begins to come into focus, with its key players, including Salvador Allende, Pinochet and Pope John Paul II. A history that is also filled with pain and the catalogue Stadium, An event, a building, a city published by Park Books, Zurich and the website delve deeper into the complexities housed in the history of the Stadium.
The Chilean pavilion clearly shows the political role that architecture plays and its inevitable entanglement with the powers that be, because nothing is ever a space free of social, political or historical connotations. 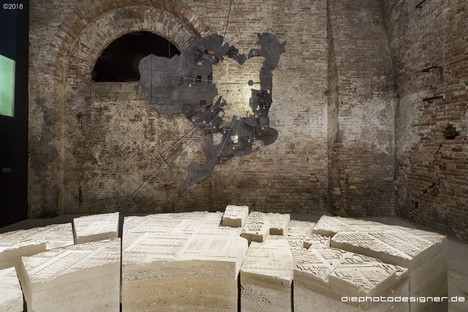 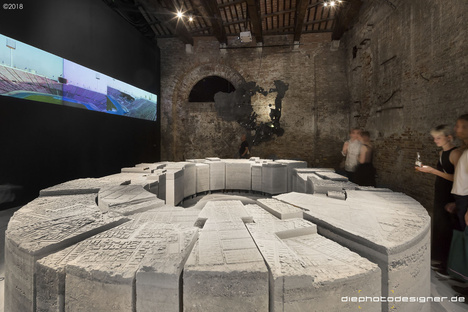 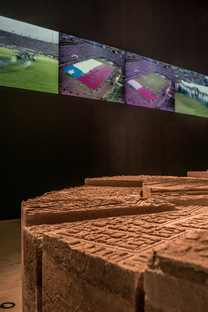 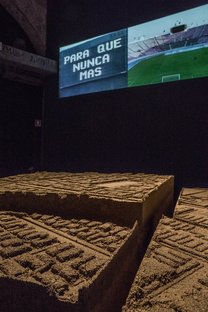 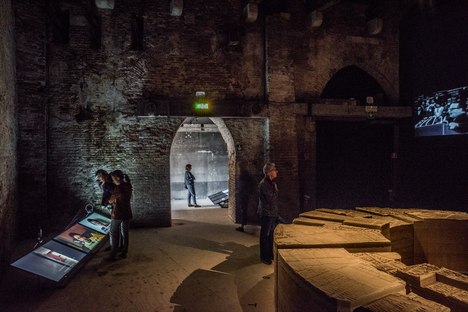 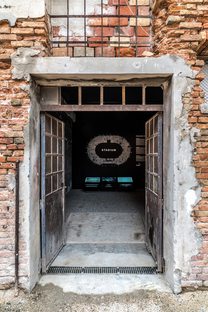 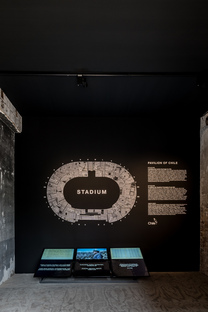 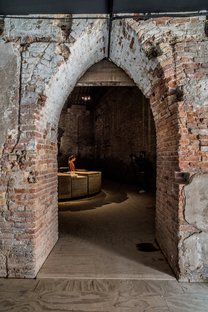