The latest project by Masquespacio, the creative consultancy founded by Ana Milena Hernández Palacios and Christophe Penasse is located on the famous island of Ibiza, the ultimate holiday resort in the Balearic Islands. 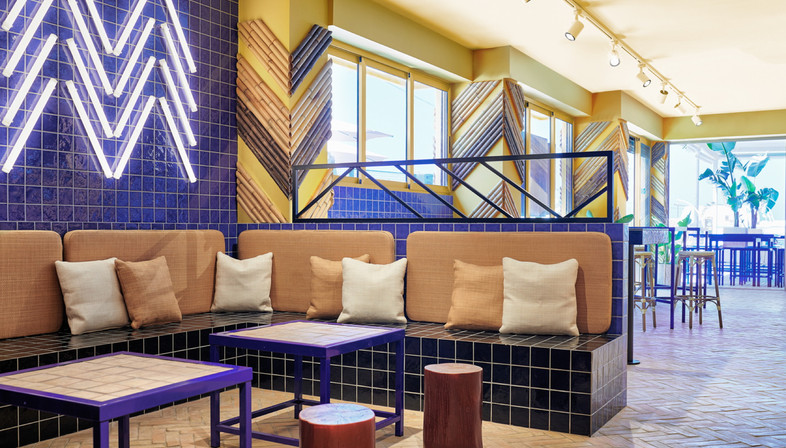 The latest project by Masquespacio, the creative consultancy founded by Ana Milena Hernández Palacios and Christophe Penasse is located on the famous island of Ibiza, the ultimate holiday resort in the Balearic Islands.


San Antonio or Sant Antoni de Portmany as the locals call it, is a city on the west coast of Ibiza, one of the Spanish Balearic Islands. The second largest city on the island is famous for its full-on clubbing scene and its large natural harbour - the bay of Sant Antoni - as well as its spectacular sunsets. It is also where you'll find the latest project by the Masquespacio creative consultancy, commissioned by  Servitur Group, the tourism management consultant arm of the Typic Hotels chain.
The concept of Bar TORÖ is based on the idea of developing a friendly, engaging venue and meeting place with a Mediterranean vibe, offering a sports bar service, which, according to Webster's, is “a bar catering especially to sports fans and typically containing several televisions and often sports memorabilia”, as well as being a Spanish tapas bar designed to appeal to an international clientele.
This is the background of the project for Bar TORÖ, with an area of more than 200 square metres, including a large terrace overlooking the sea at the end of the Sant Antoni promenade. The exterior is the real focal point of the project by Masquespacio; Ana Milena Hernández Palacios and Christophe Penasse use only three colours: electric violet, turquoise and mustard yellow. This colour palette combined with lots of green plants give everything a modern, fun-filled ambience. Low banquettes are used to create relaxing areas for small and large groups and you can enjoy the sea views perched on the high bar stools. This mixing and matching of high and low gives the bar layout a real lift and adds to the fun by providing a great place to take in the city's incredible sunsets. We recommend looking for a spot at the end of the terrace, which features a double-tiered corner bench with cushions and rattan chairs to give it all a marked Mediterranean flavour. This style reference is also underscored by the bamboo used to cover the main walls and terrace columns, a really popular material in the Balearic Islands.
Cheeky Spanish phrases on the walls like ‘Eat, drink and be merry for tomorrow you may die’ are a clear reference to the holiday atmosphere for which Ibiza is known and Bar TORÖ designed by Masquespacio is ambassador. From the culinary offer to the interior design, everything responds to the same concept and the same approach to life on the island of Ibiza, where in the late afternoon, everyone drifts to the bars lined up along the seafront in large numbers, as a warm-up for the long Ibiza nights! 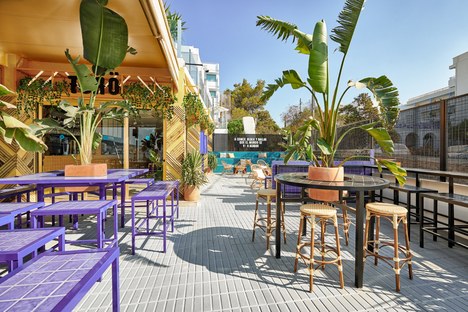 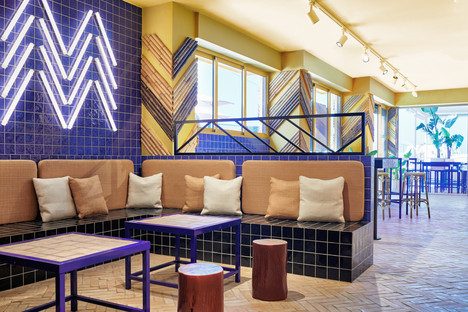 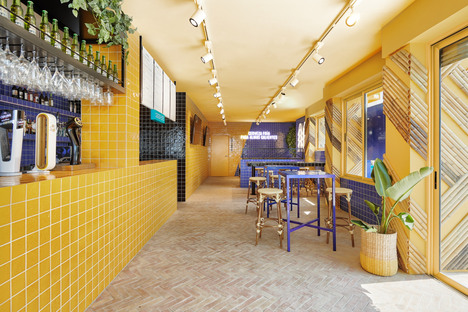 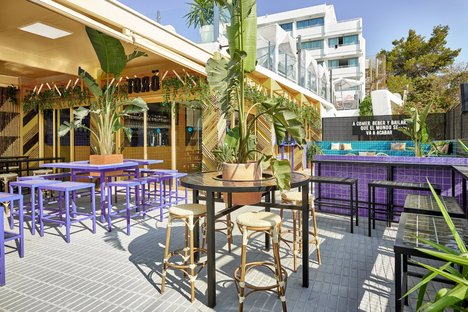 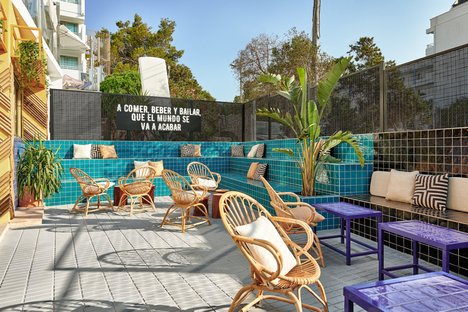 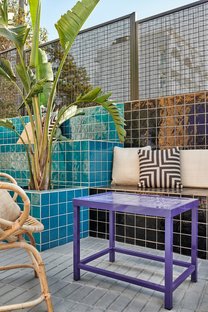 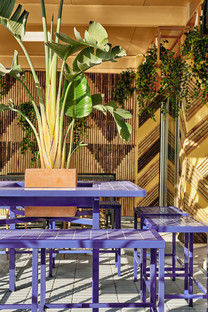 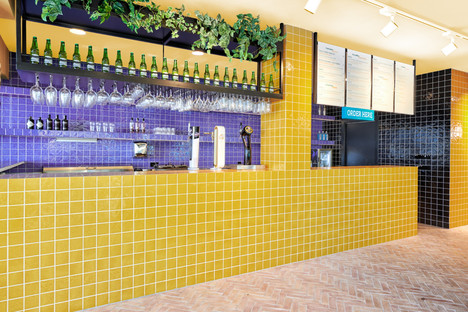 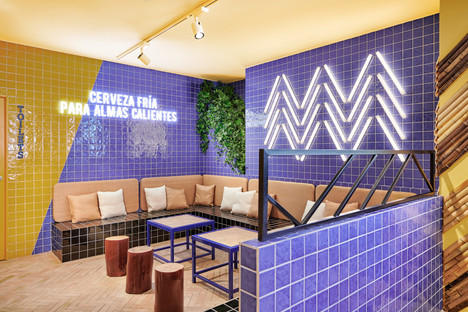 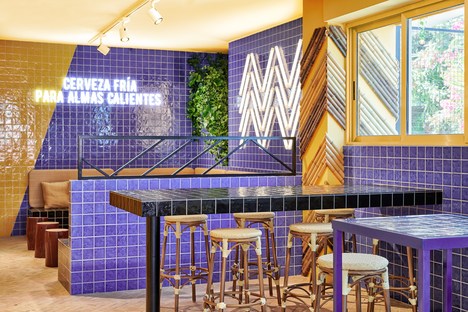 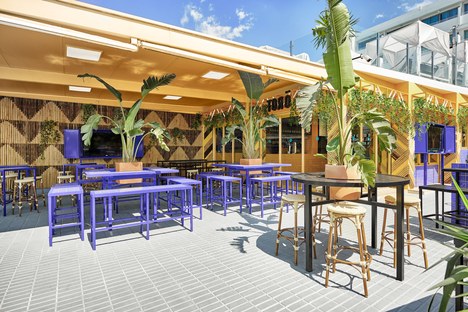 Little House in the Campo by Standard Studio and Ibiza Interiors