Masquespacio, the creative consultancy of Ana Milena Hernández Palacios and Christophe Penasse is behind a new creative co-working space in Valencia called Cabinette. A place for anyone running away from conventional co-working spaces, for people who are looking for ideas and, of course, for anyone who loves design. 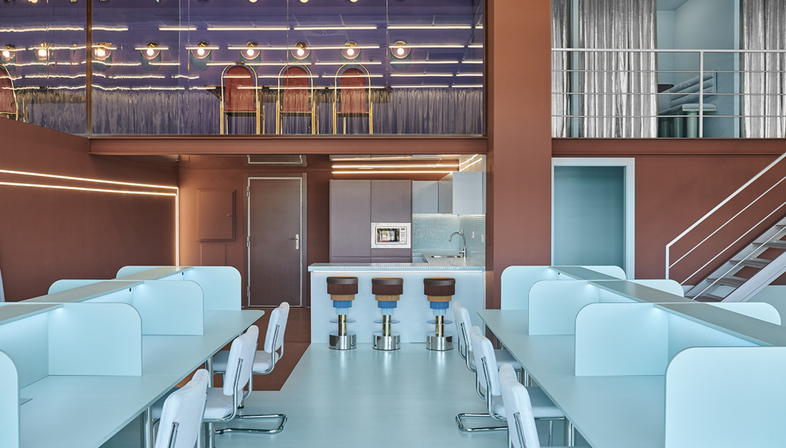 Cabinette is the new co-working space in Valencia, Spain. Designed by Ana Milena Hernández Palacios and Christophe Penasse, the founding partners of the Masquespacio creative consultancy, this is an eclectic environment set up to follow the narrative of spatial storytelling. The co-working space targets creative and artistic specialists. The environment has been designed around the “sexy, luxury and fun” concept, and offers meeting rooms, a patio, kitchen facilities and booths for making private calls.
Inspiration that is manifested in designer furniture, velvet, and ‘60s & ‘70s vibes on the inside, with tranquil green areas outside.
The goal of the Cabinette project was to craft an environment that breaks away from the usual standards for co-working areas that are often designed with a minimal or industrial look, in many instances dictated by the actual position of these places. Here, instead, people who are looking for a desk at Cabinette are welcomed into a unique environment, a deliberate attempt to invite people who come to work to think outside the box, take a break from tradition and build new ideas. So, as we can see in the main room, picture frames and curtains are inverted to question both spatial and general conventions. A stimulating surrounding for people who want to get their creative juices flowing.
Besides, Cabinette is full of nods to the past, with an interior that refers to the 1970s in a retro-futuristic look at the present, as if you had entered a time machine and were beamed forwards into a space that strives to communicate vibrant energy, somewhere playful and unconventional.
Then again, at the same time, you can feel a touch of irony in Cabinette that is given off by the choice of designer furniture and light fixtures. Which all takes us to the most important reference of the project, as Ana and Christophe tell us, the 1967 film called “Playtime”, written and directed by Jacques Tati who also played the lead role. The film is set in a futuristic, high-tech Paris whose sterile, modernist architecture style is as monotonous as a hospital. It was filmed on a single specially constructed set and background stage, known as “Tativille”, which almost ruined the filmmaker financially, underscores the problems of people feeling alienated in anonymous spaces. Indeed, at one point, the main character, Monsieur Hulot, enters a mammoth steel and glass tower for an important meeting. Unfortunately, he gets lost in a labyrinth of cubicles and meeting rooms, ending up at a design trade fair for modern office furniture, exactly the same as the furniture used throughout the building and in other settings of the film. So, Cabinette plays with these “cabins”, subverting the monotony and drabness with a colourful palette and desire for interaction.
As is their wont, with Cabinette the designers from Masquespacio have come up with an inviting, fun environment. A co-working space where you can brainstorm great ideas, and it has even been designed to be operative during Covid-19, to enable fruitful meetings between creatives who will find a great workstation here. 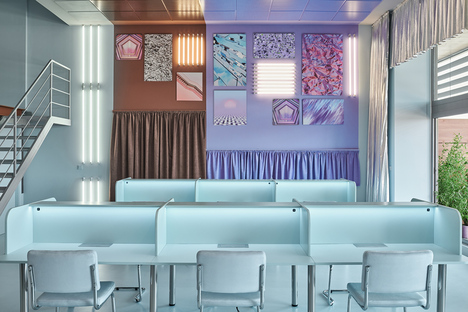 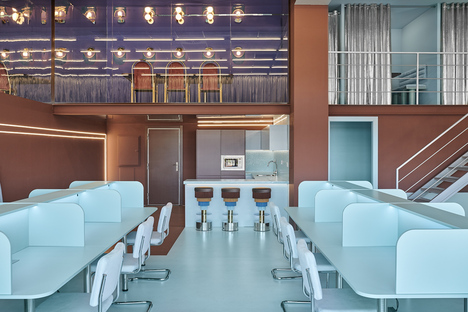 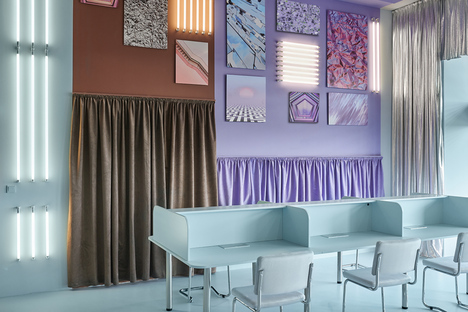 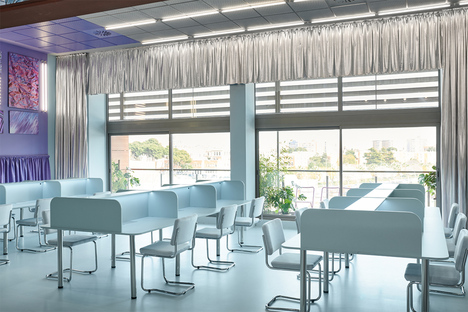 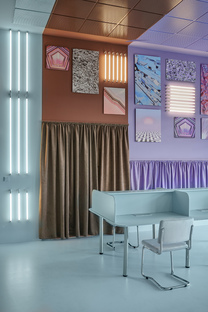 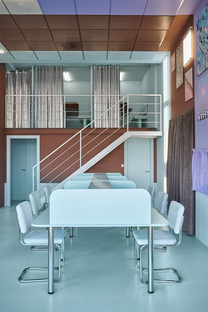 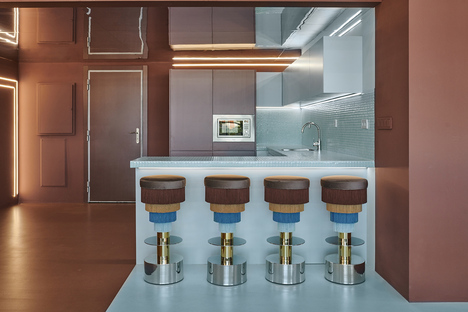 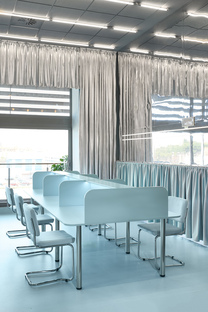 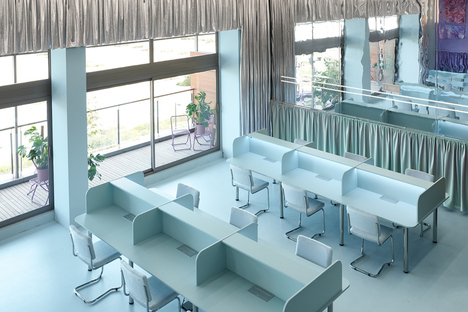 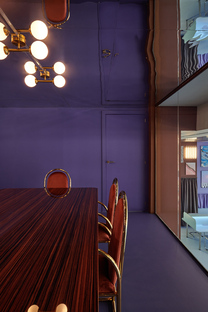