Miriam Castells Studio planned the recent renovation of the façade, reception area and interiors of BBVA Bank's regional headquarters in Valencia, Spain, an emblematic building constructed in the city centre in 1965. In the elegant renovation of BBVA Bank in Valencia, located in a big Modernist building in a strategic position in the city's financial district, Miriam Castells Studio creates elegant contrasts demonstrating respect for the past. The building on 12 floors totalling 10,250 m2 dates back to 1965, and originally housed the Valencia headquarters of Banco Exterior. The bank occupies 7 of the 12 floors, the rest of which is office space to let.'
Well-known Catalonian interior designer Miriam Castells paid careful attention to the existing construction in her renovation optimising use of natural light, appropriate for Valencia, the “city of light”. She approached the chamfered building constructed out of a combination of concrete and metal alternating with transparent, flexible levels with great discretion. As Castells explains: “ The façade required a comprehensive but thoughtful refurbishment, not only because of the ageing state of its materials, but also because of the complete renovation of all its carpentries. Faced with such programmatic needs, the leitmotiv of the project is based on a thorough respect of the original design essence.” The stone parts were in fact replaced with the same material but using a more modern system, and the same was done with the windows, which now meet energy efficiency criteria.'
The ground floor was made permeable to its urban surroundings, removing old frames while preserving the building's original appearance and adapting it to suit its present functional programme and the current importance of interaction with users and citizens, even in a bank. The original composition of the façades, featuring travertine and concrete, is preserved in the renovation project, demonstrating respect for all the original materials, both inside and outside.
The treatment of the entrance hall and staircase is the most emblematic example: everything is somewhat in shadow, but the bold material qualities of local black and white marble in combination with walnut provide an excellent base for making the most of these ’60s interiors and revitalising the building's essence. Miriam Castells Studio restored the staircase and altered the balustrade, making a new banister of walnut wood that creates a warmer atmosphere. Elevator accesses are covered with the same black marble as was originally used.
But Miriam Castells does not stop with the most visible parts of the building; she draws attention to the details on all levels. The office doors are covered with walnut and lit up using innovative guide systems. But the best part of the project is the building's top floor, where the designer reclaims previously unused office spaces, giving them a clear layout and outdoor terraces with unrivalled views over the city.
The new BBVA bank in Valencia renovated by Miriam Castells Studio once again demonstrates that reclamation is not only intrinsically sustainable, as it limits impact on resources, but gives free rein to designers' creativity. 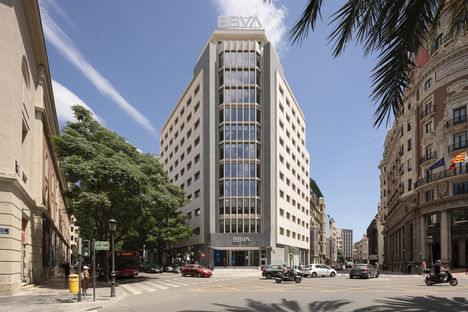 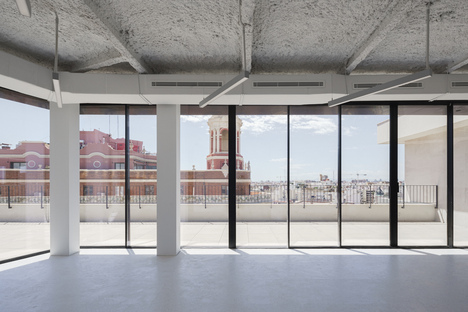 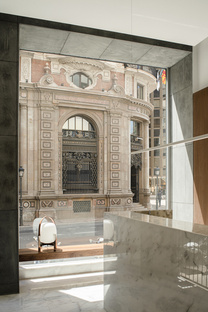 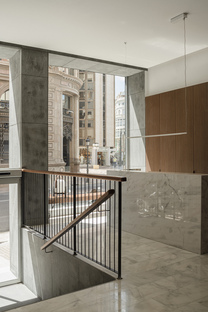 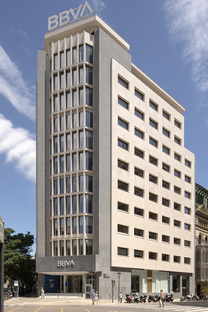 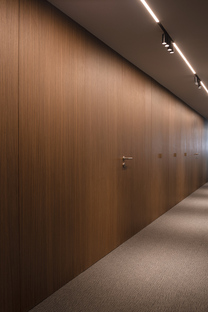 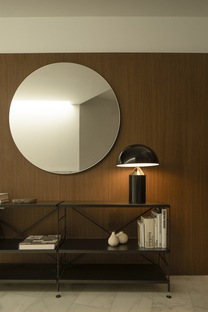 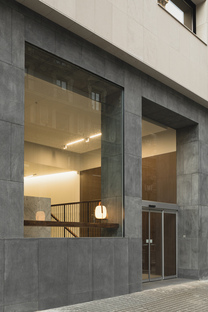 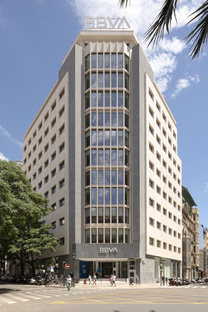 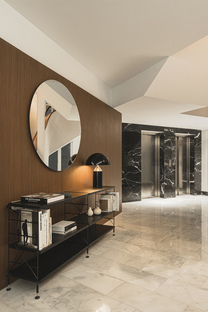 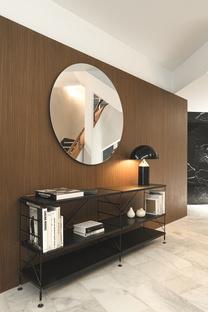 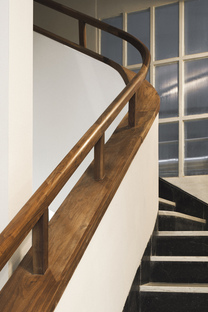 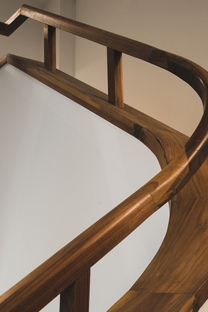 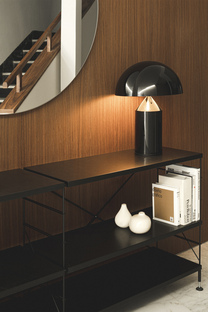