The Peter Pichler Architecture studio has designed a residence which has been conceived and lives in deep symbiosis with its site. Kastelaz Hof is a contemporary solution inserted in a natural context of great value, in the charming town of Termeno in South Tyrol, from which the forms and materiality of the residence take inspiration. 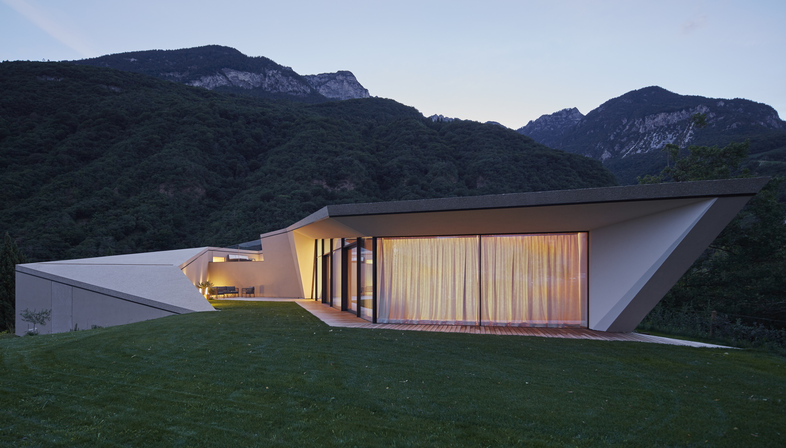 Having your home built is a rather important undertaking, as you are able to create something that is designed to last. We have been noticing – and this is something that makes us quite happy – that many of the residences that are being built recently are not designed as monuments to the owner’s ego, shall we say, but as an hymn to the context in which they fit. In principle, while we have only began to see it recently in large projects, this trend to place the focus on the context, on nature, has been anticipated for some time in the residential landscape, at least in Italy.
The Kastelaz Hof, the latest project designed by the Peter Pichler Architecture studio in his native region, in South Tyrol – and more precisely in Termeno, the municipality on the Wine Road considered the cradle of Gewürztraminer – is certainly one such architecture. It is a region already known for its innovative architecture, in particular when it comes to wineries, which have been forerunners in the adoption of the new architectural trends and many of which we have presented in our pages.
Strengthened by the context in which it is inserted, as well as by the vicissitudes of the owners – a well-known family of wine producers in the area – the villa is inspired by the local vineyard country landscape. But let’s start from the beginning. In 2018 the PPA studio won an invitation-only competition to replace an old existing structure at the top of the Kastelaz vineyard with a new villa. Peter Pichler was able to harmoniously combine not only the client's requests, but also the characteristics of the site, nestled between the mountain valleys, the vineyard, a forest and the nearby Caldaro Lake, offering a 360-degree view of the surrounding landscape.
To this end, the new architecture evolves precisely from the conditions and context of the local site, with the structure characterised by strong geometries that seems to emerge right from the land of the hill, with its sloping walls that connect seamlessly with the roof. The PPA studio has, in fact, created a sort of ribbon consisting of three wings, which wrap around an inner courtyard that offers protection from the strong wind coming from Lake Garda. This same green space also becomes the fulcrum of the composition that connects the various architectural elements, almost like an outdoor living room.
The architects paid very close attention to the details of the new residence, particularly the materials. For the exteriors, materials were selected that replicate the existing retaining walls made of limestone which can be seen in the surrounding vineyards, reflecting their texture and colour. The large glass façades of the residence’s wings have been designed to frame and highlight the wonderful mountainous landscape, which becomes an integral part of the house. And of course, in all this, the privacy of the residents is never in any way compromised.
For the interiors, characterised by a warm but simple and minimal atmosphere – as architect Peter Pichler defines them – local materials were used. The concrete and wood which dominate the architecture establish a pleasant continuity between the house and the outside space, merging into a harmonious whole, for a house that is part of the territory in which it is inserted. 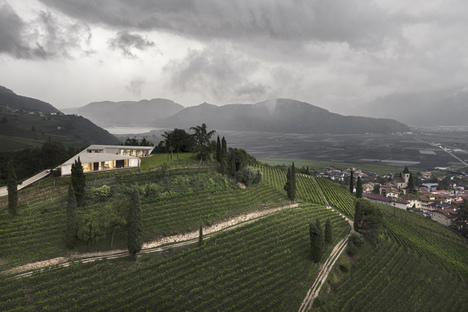 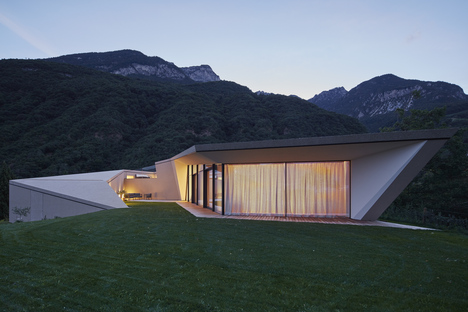 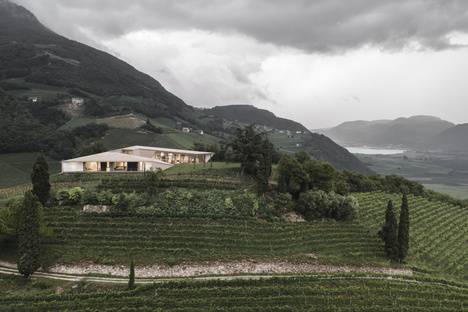 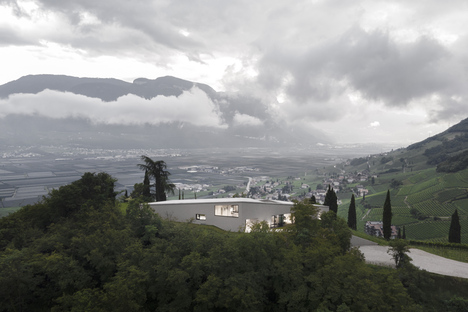 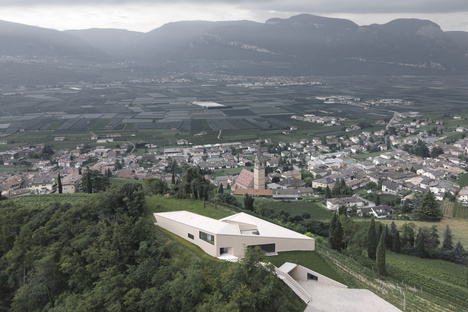 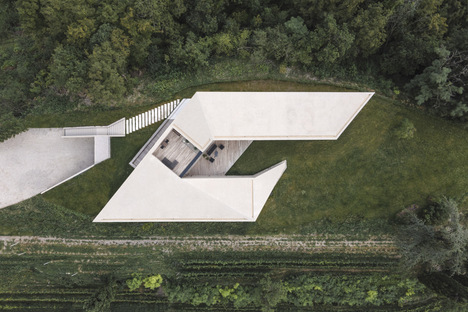 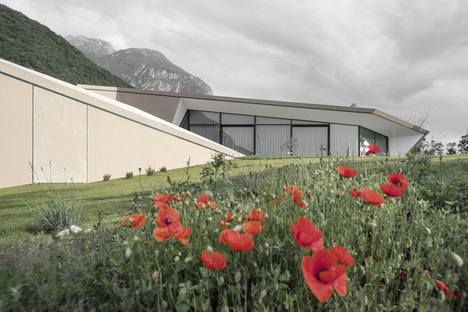 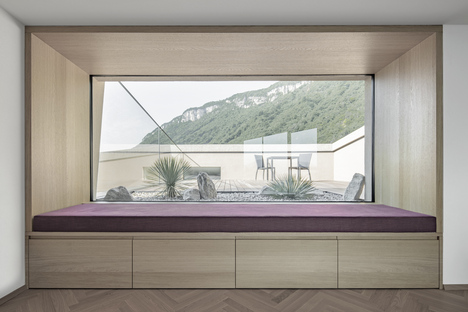 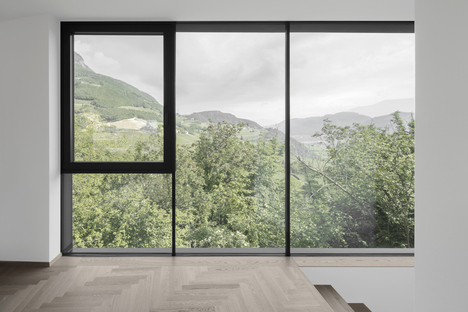 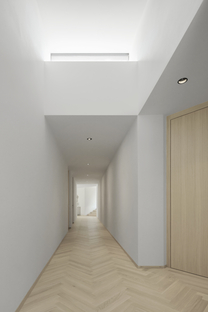 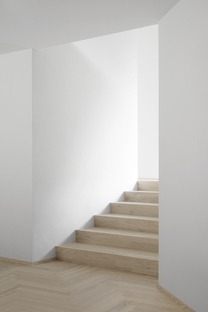 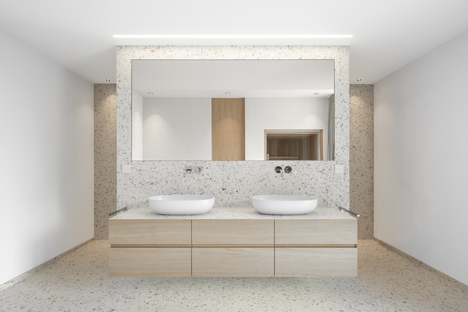 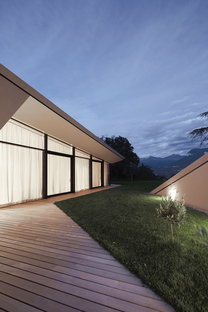 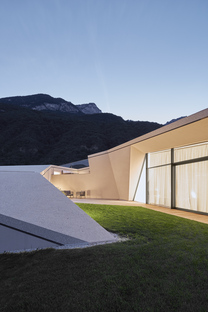