The Mexican architecture firm Red Arquitectos, headed by Susana López González, has added the third venue of the Hamaca Juego Bar series in Veracruz after the first two juice bars - also in Veracruz - were such a great hit. The Mexican architecture firm Red Arquitectos, headed by Susana López González, has added the third venue of the Hamaca Juego Bar series in Veracruz after the first two juice bars - also in Veracruz - were such a great hit.


Everyone knows the importance of a healthy diet, but it is not always easy to stick to your good intentions when there are no places that offer this sort of thing, especially good, low-calorie drinks that are also good for you. A healthy choice that is even tougher to make when you live in less well-off areas.
These were the premises on which the idea of the first Hamaca Juice Bar, was based, when Alberto Gardner showed up at the RED Arquitectos studio in Veracruz to sell his idea of opening a small venue where he could offer healthy, affordable food, saying, “I don't care if this isn't a rich suburb, I want to improve the quality of living for people, even if it's just for a moment in time”. In fact, the first venue originated in a low-income neighbourhood in the big Mexican city on the Gulf of Mexico. Susana Lopéz and Red Arquitectos created a place that fits well into a rather challenging urban context lacking in any distinctive qualities. The project managed to engage people passing by, making them curious enough to want to come in and sample the food.
Red Arquitectos also designed the second venue that opened in 2017 and was also tasked with the third Hamaca Juego Bar. While maintaining the basic concept that builds on the name Hamaca, synonymous with informal relaxation as the first step towards approaching potential customers, this time the designers were actually operating in a neighbourhood that went through a building boom in the '50s and is now experiencing a renaissance, so the social context is more affluent.
Consistent with the two preceding incarnations of HAMACA, Susana Lopéz and her team had to deal with an existing situation, in other words, they started off by renovating the building, where a double-height, glazed front opens up the view of the interiors from the street. Using the same design approach as the first two times, the architects have come up with a venue with specific references to the city of Veracruz - from the pieces of wood washed up on the beach, to the palm fronds, to the colours of the sea, and the fishermen's cottages.
Just as the owner continues to stick to his initial statement about wanting to propose healthy food to as many people as possible in a country where being overweight is a real public health problem, the design of HAMACA also remains faithful to its origins.
So Susana Lopéz and Red Arquitectos have crafted a visual identity that increases recognition and binds the three premises despite the distance between them and their position in the urban fabric of Veracruz into a single design narrative transmitted to us through the photos of Armando Ascorve Morales, who was also the photographer of the first two venues. 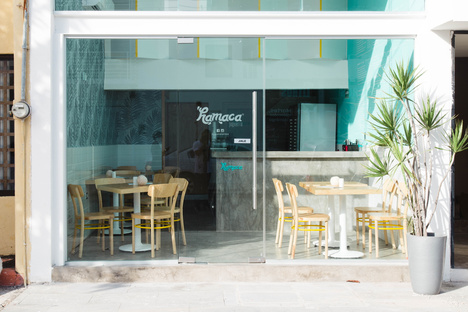 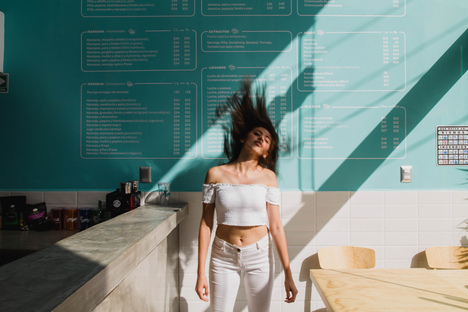 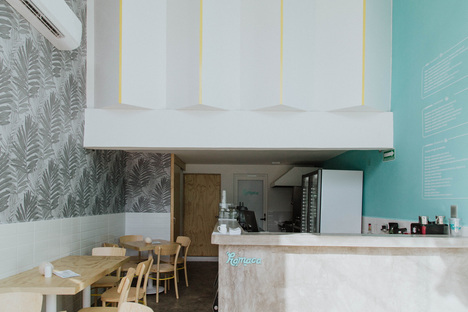 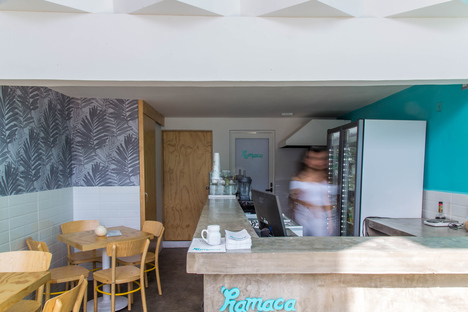 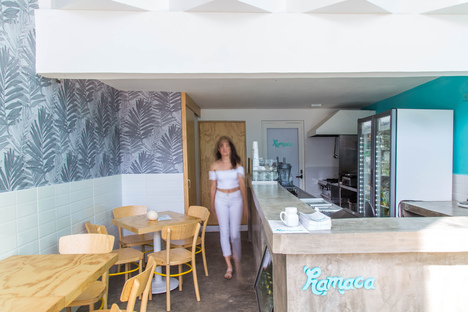 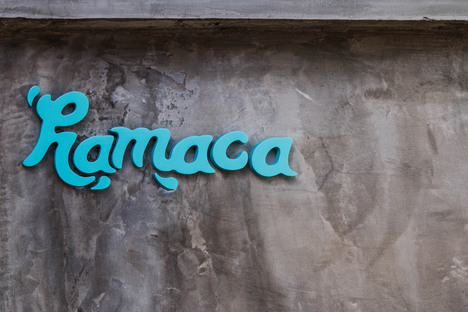 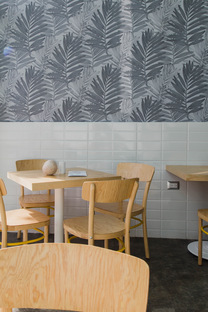 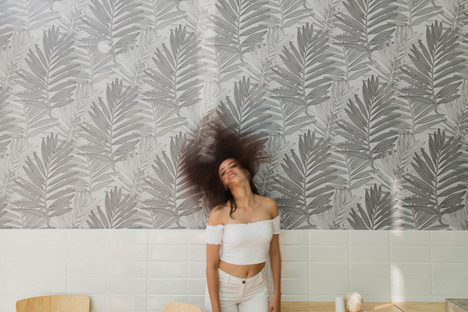 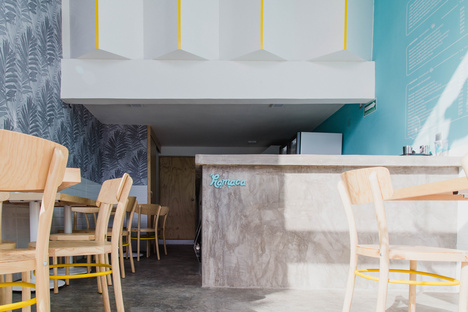 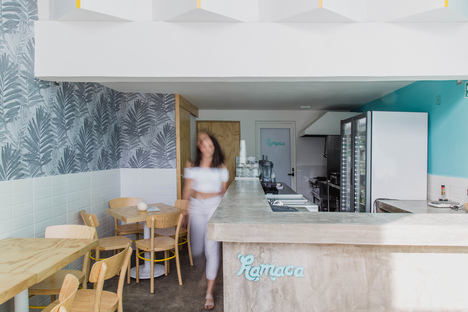 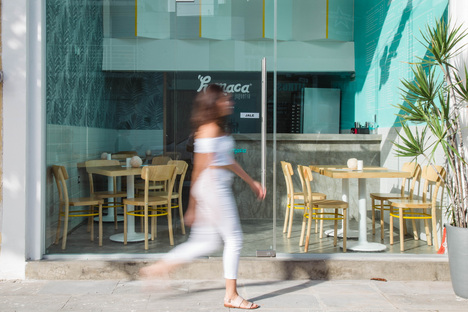