Carlos Ramos de la Medina and Ricardo Fernández Rivero of Mexican architectural studio Open Arquitectura have completed a record-breaking construction in their hometown, Veracruz. The Torre Amura residential tower is the tallest building on the Mexican coast, but the architects minimise its impact on the coastline using passive design solutions. 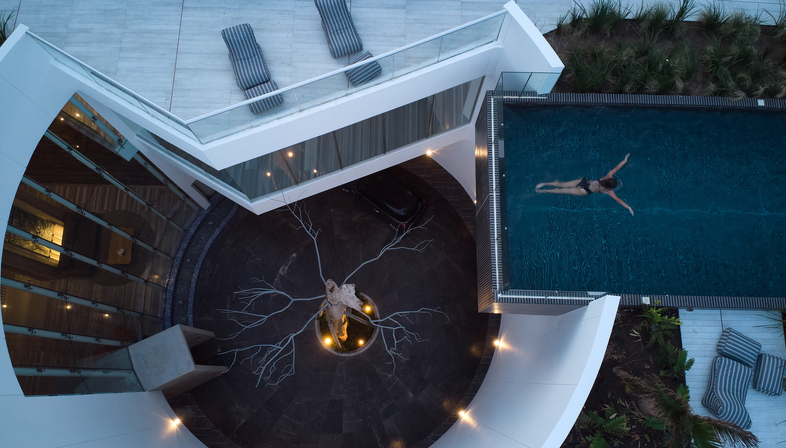 The municipality of Boca del Río has grown from a suburb of Veracruz, capital of the Mexican state of the same name on the Atlantic Coast, to become a very popular tourist resort, resulting in a construction boom and a shortage of land to build on.
This is the context of Torre Amura, a residential tower by Mexican architectural studio Open Arquitectura, founded by Carlos Ramos de la Medina and Ricardo Fernández Rivero.
The name of the project, “amura”, is a Spanish naval term referring to the part of a ship’s side that tapers toward the bow, alluding to the design solutions the architects used to make the most of a building site measuring only 17 metres wide and 170 metres long, about the size of the cargo ships plying the Gulf of Mexico. These conditions resulted in a record-breaking construction: a 140 metre tall, 37 floor tower, the tallest building in southeast Mexico or anywhere on the Mexican coast.
The building is organised similarly to the way cargo is stowed on a ship, using "flotation chambers" to protect its structural integrity. This analogy from the world of shipping inspires the organisation of various functions in the building around a central axis separating different spaces, like flotation chambers, to create the spatial sensation of a larger site, allowing us to forget the lot’s modest size.
The tower contains three types of residential unit, organised in two blocks. The first, on a very large scale, contains the biggest apartments, with Gulf views. Shifting the apartments to one side of its axis expands the views to almost 360 degrees.
Open Arquitectura maintains a strong focus on sustainability in their work. All the plants in the complex are native and require no watering, surviving on natural precipitation, while the building also has a system for collection of rainfall.
Passive design solutions play an important role in the project, as they do in the Mexican economy, explains Ricardo Fernández Rivero. Thus the narrow body of the building, with cuts in its sides, becomes crucial for permitting cross-ventilation and natural light.
The architects comment on the building’s interiors: “As an office we are really interested in adapting our buildings to the site by using the technology and craftsmanship available locally, so the interior design also reflects on this circumstance”.
Open Arquitectura’s Torre Amura is a landmark on the coastline anchored in the traditions of Boca del Rìo, proposing a more rational, high-density model for living. 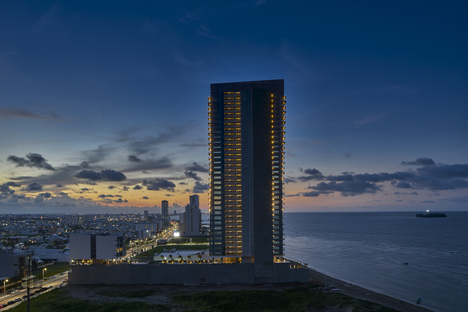 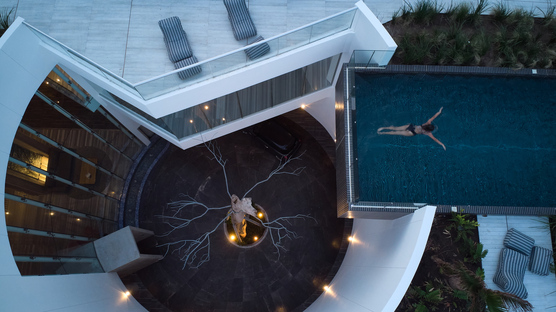 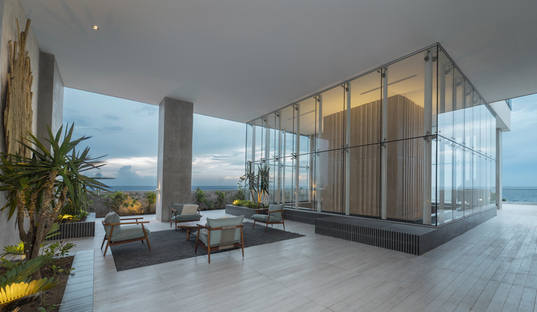 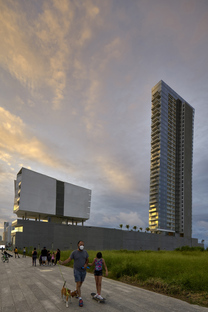 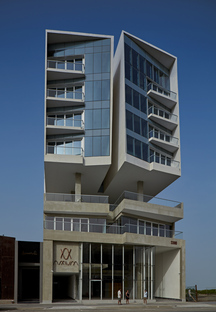 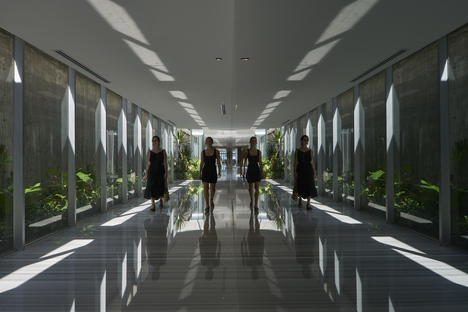 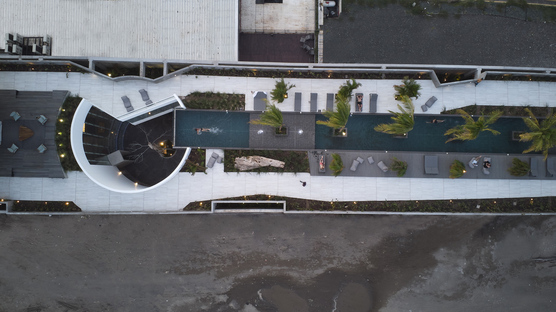 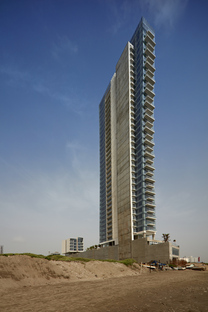 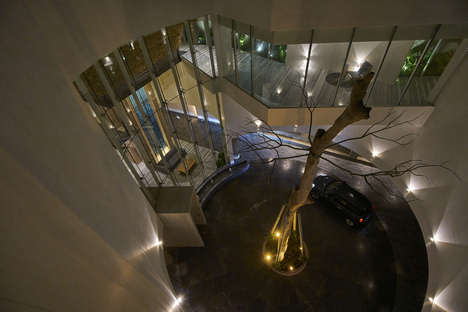 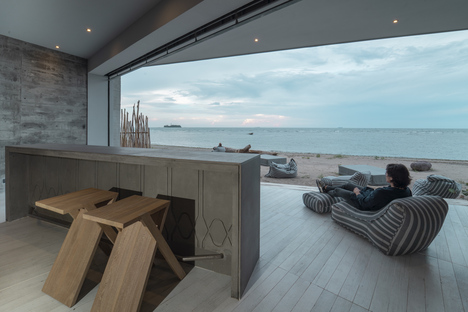 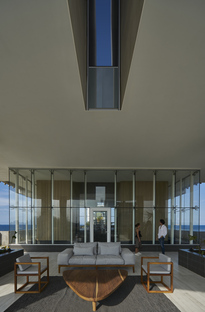 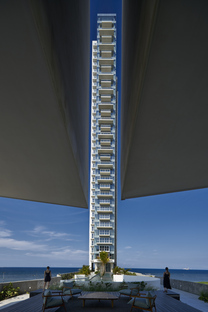 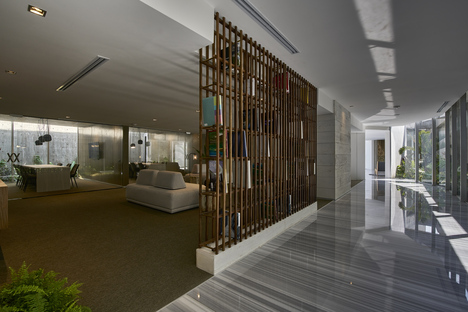 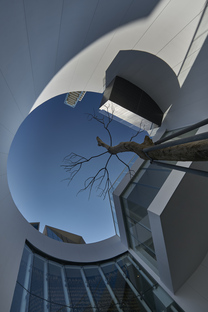 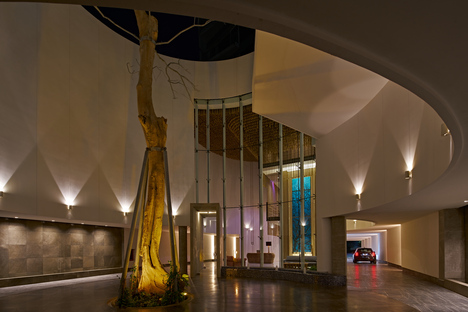 Taft, a prefabricated home by Skylab Architecture in partnership with MethodHomes