Arquetipo Arquitectura Práctica built Casa Zaragoza, a café in the heart of the city of Veracruz, in the Mexican state of the same name: a convivial place where history meets the contemporary world, in a welcoming atmosphere where the architects expertly use traditional materials to create a spatial narration with a contemporary appeal. 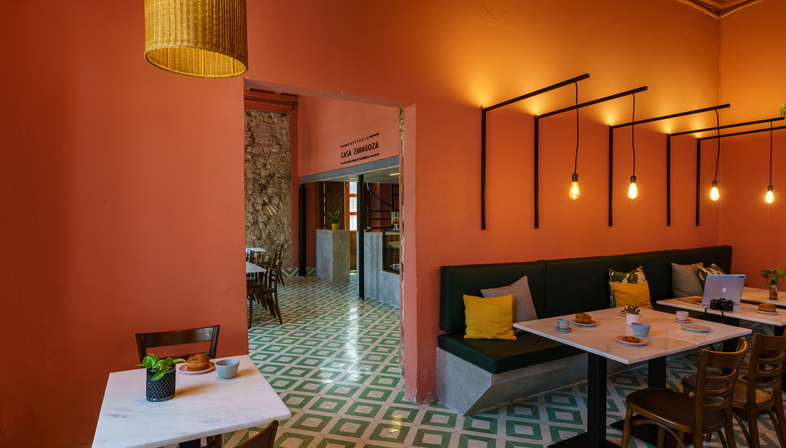 Veracruz is Mexico’s most important Atlantic port. Located in the Gulf of Mexico, it began as Spain’s oldest settlement in continental North America, Villa Rica de la Vera Cruz, founded by Hernán Cortés on 22 April 1519, which was Good Friday, the "Day of the True Cross”, la "Vera Cruz". Rebuilt four times, Veracruz now has a population of over half a million, making it the biggest city in the Mexican state of the same name.
The historic centre of Veracruz is home to Hotel Mesón del Mar, a hotel that has been run by the same family for three generations. A number of changes were made when management was handed down to the third generation: a delicate task the clients entrusted to local architectural studio Arquetipo Arquitectura Práctica, not wanting to sacrifice the traditional charm of the existing building, but to add value in harmony with the needs of the hotel’s guests, both Mexican and international. The clients and the architects decided to create a space in the hotel in contemporary style that reclaims and underlines its historic roots in a timeless language.
The result of this reflection is Café Casa Zaragoza, the composition of which is based on attentive analysis of the building’s historic and architectural context. In this regard, the architects emphasise the walls of múcara stone, the traditional building material used to build the earliest constructions of the port of Veracruz. This unusual material was made from coral from the coral reef of Veracruz, dried in the sun and cut to make walls. A true visual spectacle of rare beauty that had to be preserved so visitors could continue to admire it.
In combination with this stone of marine origin, the design studio decided to use the colour Mamey for the plaster of the other walls, a particularly warm shade of pink that gives the café a cosy, welcoming look. This, along with the geometric patterns of the flooring, incorporating verses by famous local poet and composer Agustín Lara, and the lamps made of wicker fibre, give the café interior a calm, pleasant atmosphere far removed from the frantic pace of everyday life.
The bare concrete of the bar counter clearly contrast with the múcara stone, formally underlining the dialogue between old and new through an equally well-balanced visual link between the textures of the past and those of the present. On the basis of the same principle, the architects seek to incorporate another element from a previous project: a metal structure like a mezzanine. Conceived as an old abandoned warehouse, it now expands the café’s capacity with a small privé.
Arquetipo Arquitectura Práctica’s Casa Zaragoza is a timeless space enclosing the past but also the future of Veracruz, combining the warmth of its climate and beaches with enjoyment of the little joys of life, such as sipping a cup of coffee in such a fascinating place. All this is clearly apparent in Luis Gordoa’s photographs. 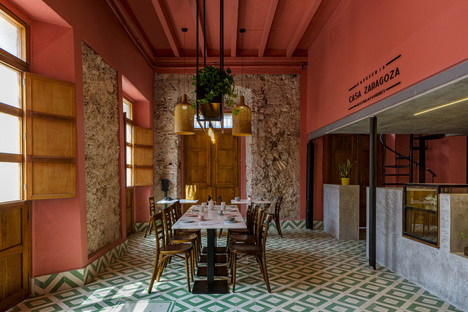 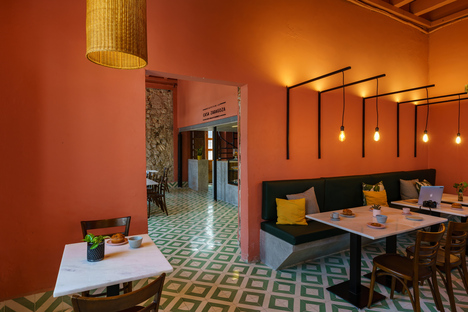 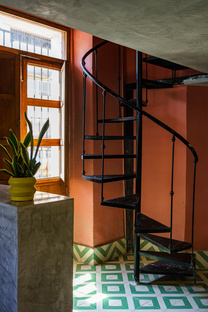 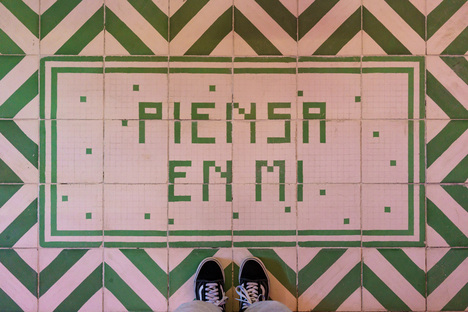 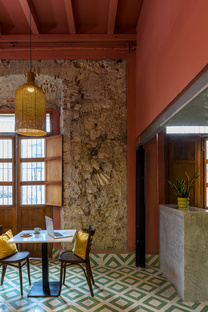 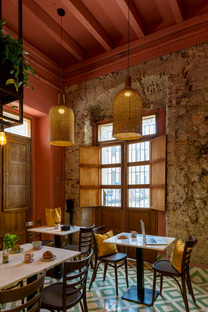 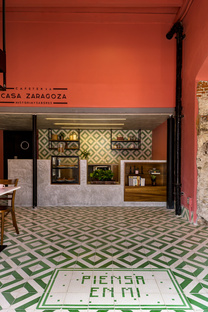 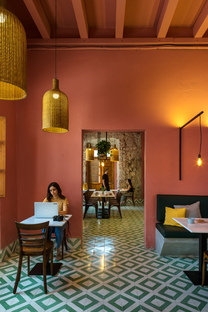 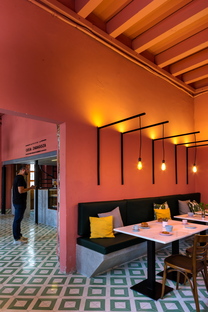 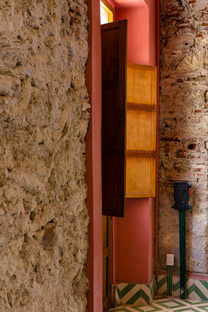 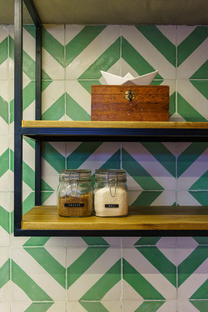 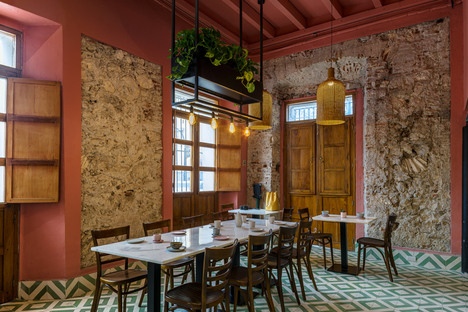 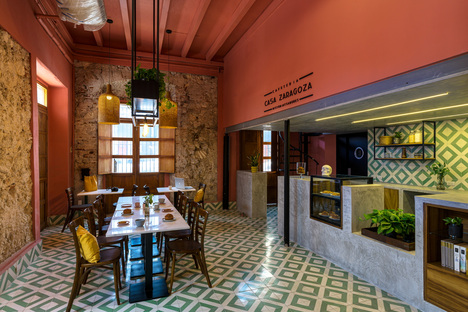 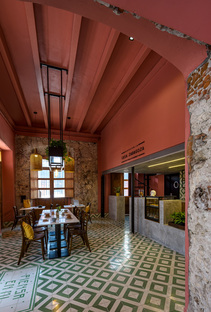