The RED Arquitectos team lead by Susana Lopéz is behind the interior of a very unusual venue in Boca del Río, Veracruz. 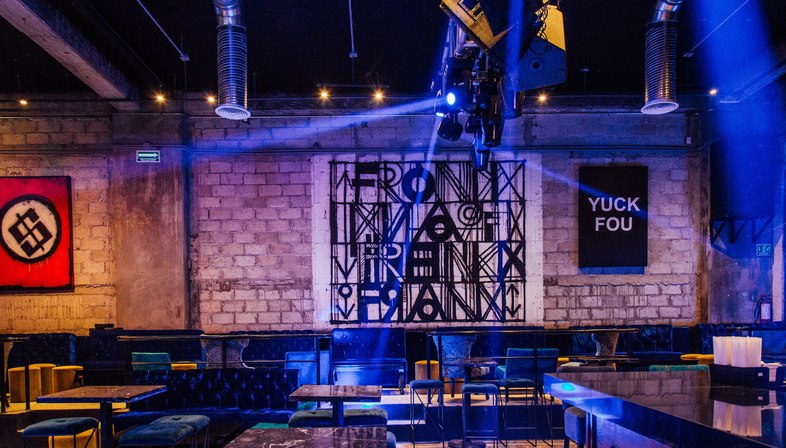 The RED Arquitectos team lead by Susana Lopéz is behind the interior of a very unusual venue in Boca del Río, Veracruz. The Frank Club has been crafted in a post-industrial environment and offers nightlife with good music and the client, Daniel Noriega's artworks exhibited inside set off the whole thing.


Susana Lopéz, the owner of RED Arquitectos, has a special talent for resuscitating old places and converting them into something new. So Daniel Noriega - artist and owner of a number of venues in Veracruz - contacted her for FRANK, a music and entertainment venue in Boca del Río on the Gulf of Mexico.
The out-of-the-way location in a side street made the architects and the client go for a really different kind of place from the customary discos in the area. So Susana Lopéz and her team opted for a real urban look, starting with the street level entrance boasting store or garage-style grates and the steel stairway that takes you down to the lower floor, which accommodates the single area of the club.
Here, FRANK welcomes guests with bare walls that don't hide its industrial past, with materials ranging from solid bricks to hollow concrete blocks. Even the systems have been left exposed, including the air-conditioning ducts and the bars where lamps are attached, a solution that streamlines maintenance and keeps overall costs down.
Still, don't be fooled by this nude and crude appearance, because all the details have been carefully studied, as you can see from the fine timber bar or the coloured neon lights that underscore the urban effect. Here, RED Arquitectos also managed to integrate the artworks by the club owner, Daniel Noriega.
These large paintings play with parasitic images, like the whole venue that faithfully reflects the founder's spirit. So, you can see the statue of liberty, which references New York but is freely reinterpreted by the writing alongside it, or the black dollar sign on a red and white background that elicits sinister memories, and simply changing two consonants to completely change the meaning of a painting.
Subtleties that go down really well with the FRANK crowd, which meets in a place with a deliberately temporary feel, almost like a film set, the result of the scrupulous design by RED Arquitectos. Of course, all set off by good music and drinks for an unforgettable night out. 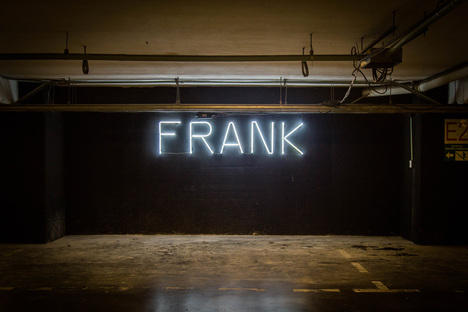 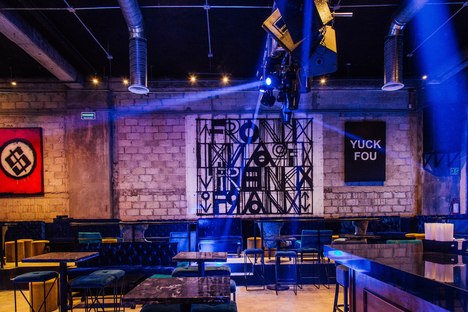 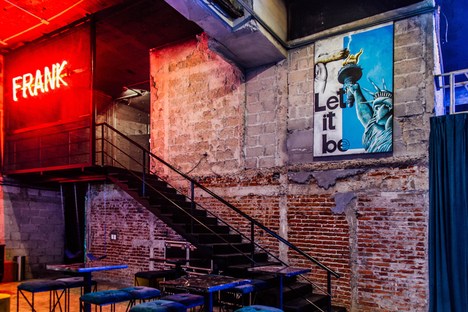 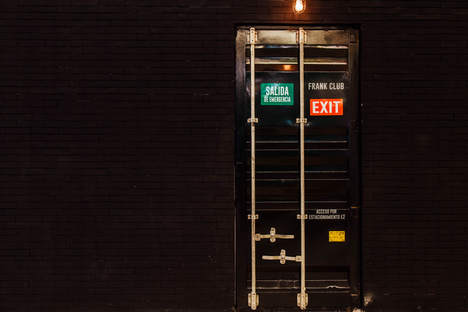 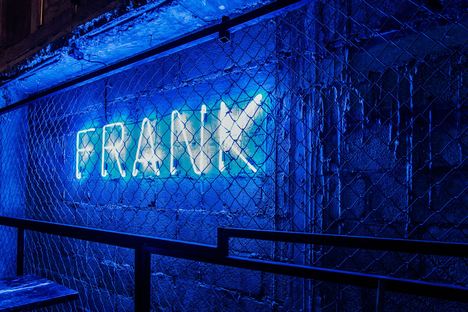 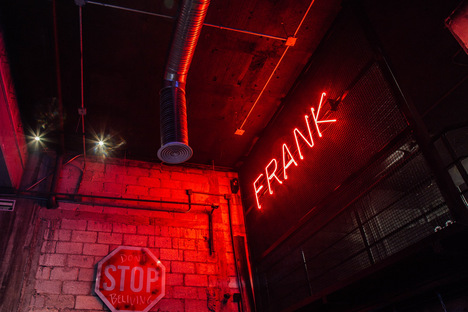 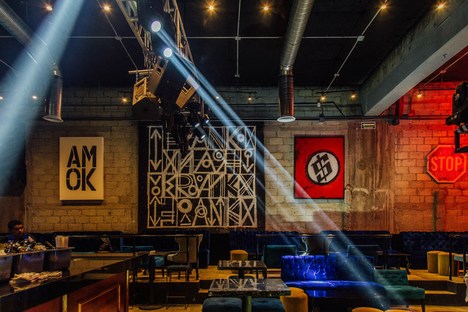 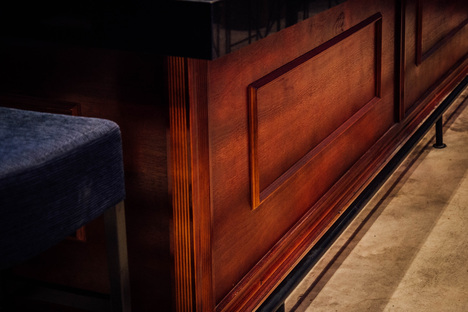 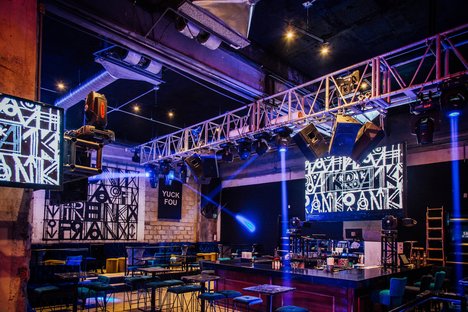 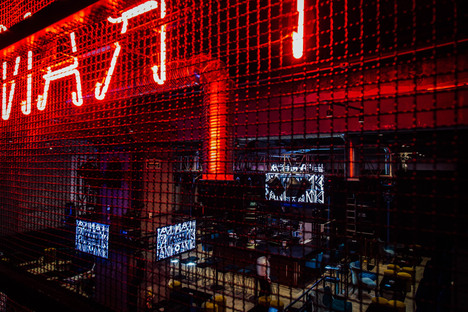 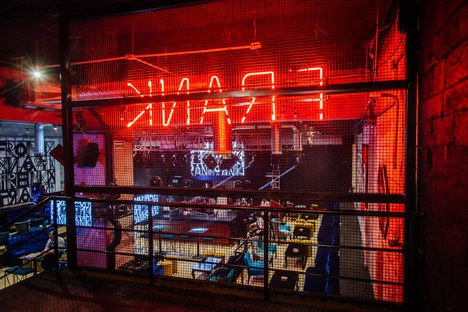 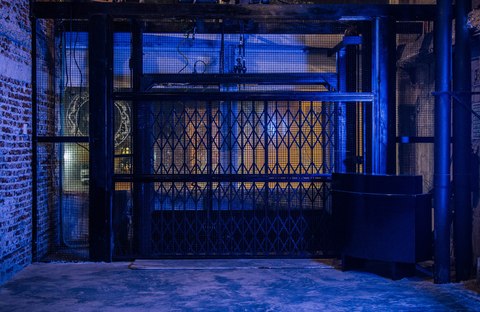 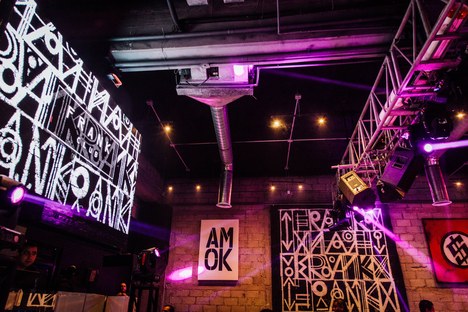