Opened in 1960, the SAS Royal Hotel is one of Arne Jacobsen’s most iconic buildings, and one of Denmark’s first skyscrapers. The Danish Architecture Centre marks the occasion with an exhibition entitled "SAS Royal Hotel-A Love Story”, taking a look at the well-known Danish architect and designer’s Gesamtkunstwerk. 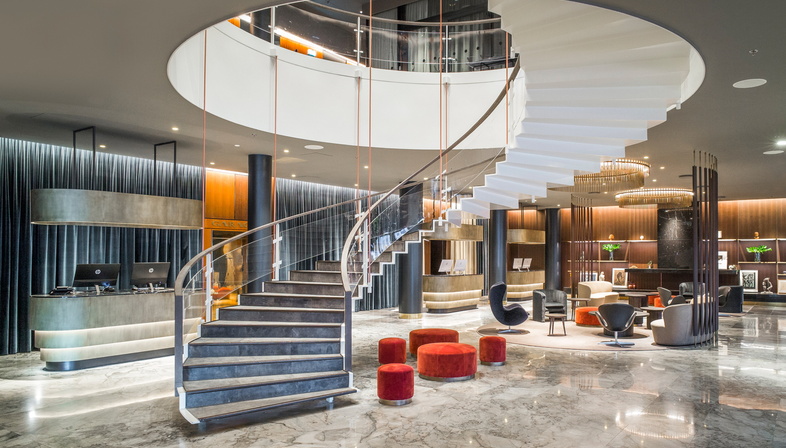 Design hotels are pretty common today, and we talk about them a lot on our web site. But 60 years ago, they were rare! The Danish Architecture Center (DAC) marks the 60th anniversary of Copenhagen’s SAS Royal Hotel, now the Radisson Collection Royal Hotel, designed by Arne Jacobsen (1902-1971), one of Denmark’s best-known architects and designers.
The building, one of Denmark’s first skyscrapers, with its dark, compact façade, was received with perplexity in 1960 because, as is so often the case, innovations are not always understood right away. As Arne Jacobsen says in a documentary: "Sure, they call it the punch card—and it’s funny because it actually looks like one when the windows are open on warm summer days. It has been called so many things … like the ‘glass cigar box.’ And many people thought it was a terribly ugly building, and perhaps many still feel that way. In any event, it won first prize when they held a contest for the ugliest building in Copenhagen”.
But the building on the western side of the Tivoli amusement park now fills Danes with pride. Architecture students and tourists from all over the world come to admire the imposing but elegant architectural volume of glass and steel every year, and thousands of design aficionados line up to take the elevator to the sixth floor and visit room 606, the only room where the hotel’s original interiors have been preserved.
A small free exhibition entitled "SAS Royal Hotel-A Love Story” has been set up in the atrium of the DAC to present Arne Jacobsen’s masterpiece, which was so poorly received at the time, demonstrating that good architecture will always find a place, across generations and styles. As DAC Programme Manager Tanya Lindkvist explains: “The building’s strong coherence is unsurpassed and, with its richness of detail and functionality, it is absolutely his seminal work — also from the perspective of international architecture”.
This is because the SAS Royal Hotel, now the Radisson Collection Royal Hotel, may be considered an authentic Gesamtkunstwerk. It is a project composed of hundreds and hundreds of elements both large and small which, put together, form a consistent whole, an architectural structure that has been meticulously designed and planned down to details such as the cutlery in the restaurant. Many of the elements, such as The Egg, The Drop and The Swan chairs, the cutlery and the window frames, have become true icons of design. But few realise that these items were designed for this project commissioned by the airline SAS upon launching its new route joining Scandinavia with the United States. The airline wished to construct a building that would act as a tangible symbol of Scandinavian design, and so it appointed Arne Jacobsen to design a building that would serve as a luxury hotel, a travel agency, and the airline’s terminal, where passengers could check in before proceeding to the airport.
The SAS Royal Hotel-A Love Story exhibition celebrates not only the design but the idea of the well-designed skyscraper providing a model of living in a densely populated city, where everyone can live in a way that is economical, but at the same time beautiful and meaningful. 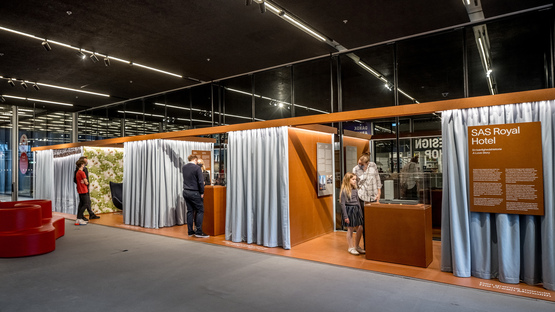 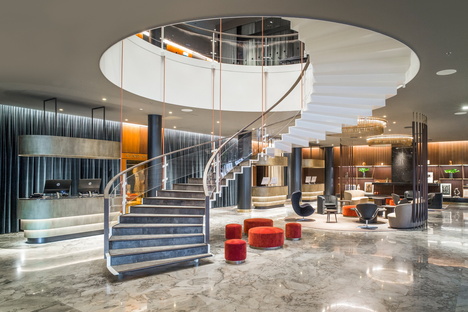 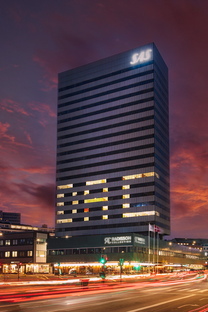 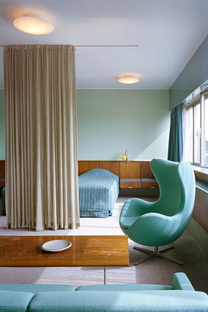 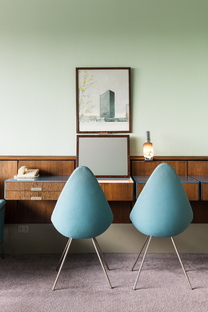 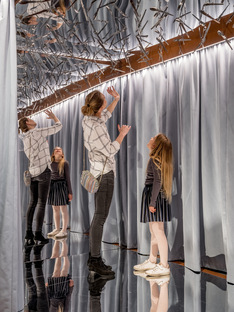 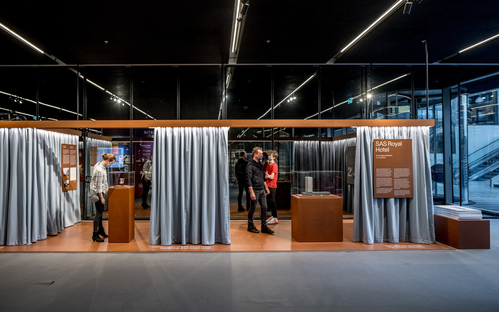 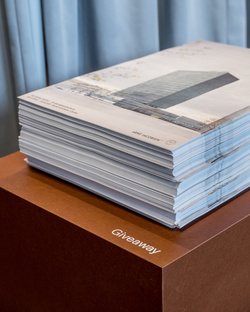 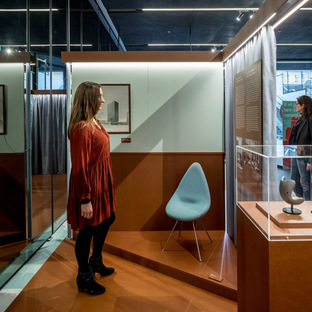 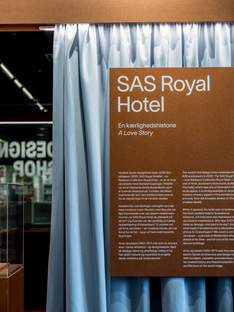 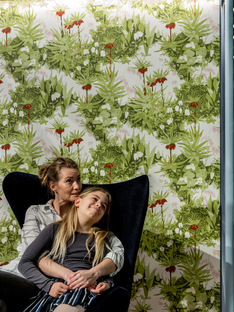