Czech architecture firm, ellement architects, has built the new administrative and production facilities for a company that manufactures precision tools, Pilana Karbid. The architecture has been turned into a real business card for the company, also conveying the message of its sustainable approach. 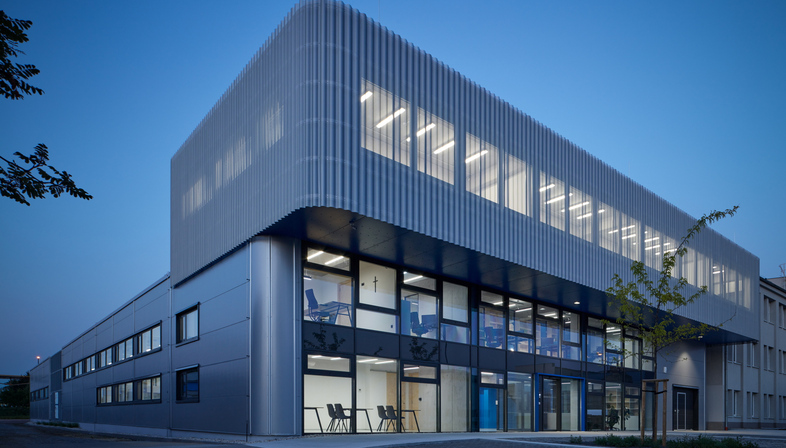 The Fourth Industrial Revolution, known simply as Industry 4.0, reimagines how we make things by changing our relationship to production through digital and advanced fabrication technologies, artificial intelligence, and smart and green machines. And this has a knock effect on the design of industrial architecture.
We can see an example of this new approach in Hulín, a town 270 km southeast of Prague, Czech Republic. Here, Pilana Karbid, a young, family-run manufacturer of cutting tules has grown exponentially in the eight years since it was established. So much so that they need to expand their headquarters with a new production shed and office building. So the owners approached the Czech firm, ellement architects headed by Jitka Ressová, Hana Maršíková and Jan Pavézka.
This was completed as a two-stage project. Despite the company’s rapid growth, it always feels the need to stay close and connected with the various people involved in the production process, from the factory workers, through to office workers and management. So, the key theme of the architectural project revolved around communication inside the building and keeping those connections, as well as visual contact.
Space was limited on the company site, already occupied by the existing building, making expansion into the grounds difficult. This fact conditioned the decisions made by ellement architects. The first thing they built was a single-level production shed, then they added a second, three-floor building with an overhanging upper floor. This also has provision for another storey that could be added in the future.
The main area of the facility has a rectangular floor plan and meets the strict manufacturing standards for the machine tools. Windows and skylights deliberately positioned to face north let in all the daylight that is needed. The layout of the spaces is well-organized and clear, and the orientation of the volume and its openings mean it enjoys a stable, year-round temperature of about 24°C. The shed also has a useable green roof, which reduces the environmental impact of the extension. It is clad with sandwich panels which run to the administrative part of the volume. This three-floor building is a monolithic, skeleton with the reinforced concrete left exposed in the interior. Both individual offices and open space environments have been created here.
A small, roofed atrium lets in natural light and acts as an important element of communication inside the building. The walls of the atrium and of the administration part are mostly transparent, while the elevator shaft and main entrance feature accents in the corporate colour of blue.
Meeting the client’s brief, the architects have included a sightline from one building to the other and it is even possible to see what’s happening in the facility from outside. Visitors can view movement in the buildings and, for their part, employees can also see the visitors. Galleries in the atrium double as a meeting space and provide access to the green roof, providing views as far as the hills of Hostýn.
in addition to the new buildings, the architects also reconstructed the company car park, with plantings of new trees to set off the green roof and provide some balance for the now built terrain. ellement architects have designed a real industry 4.0 business card that focuses on wellbeing and the environment.
Christiane Bürklein 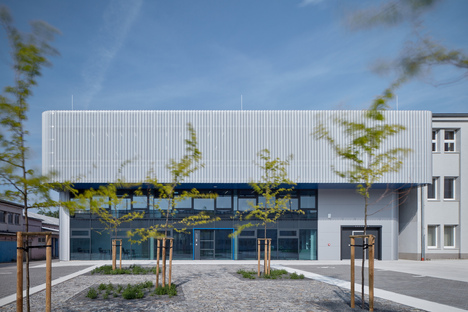 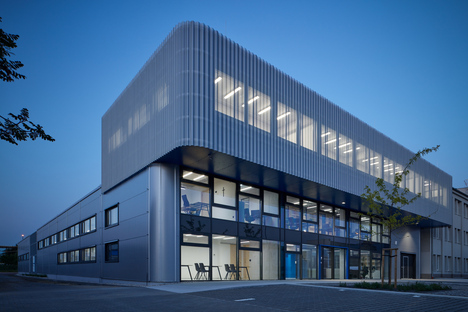 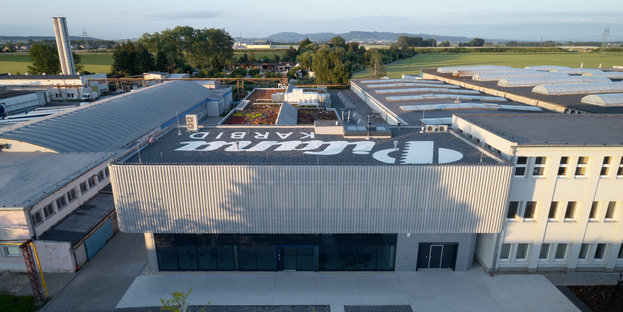 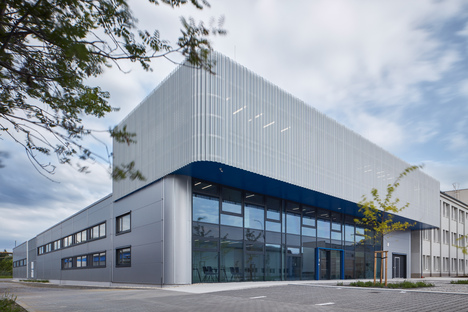 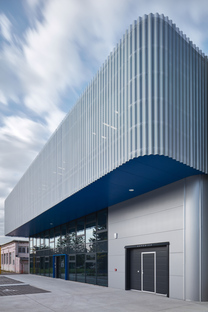 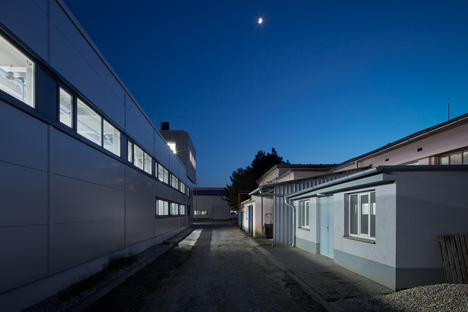 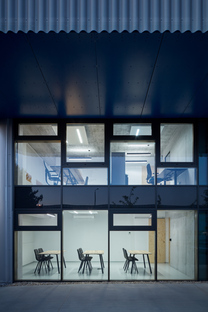 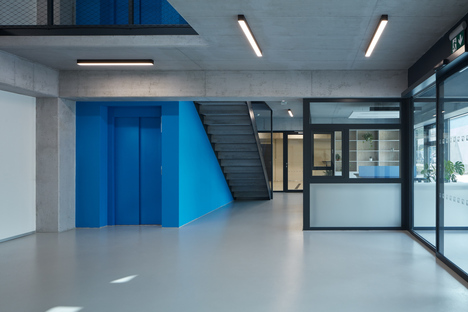 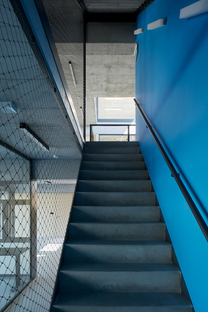 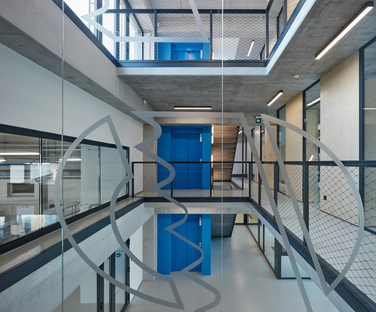 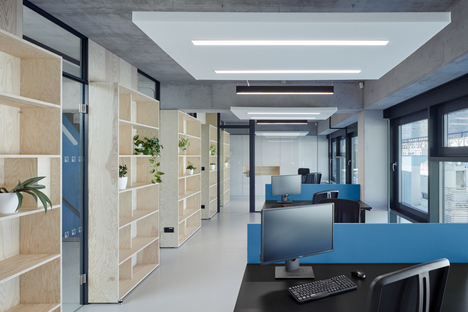 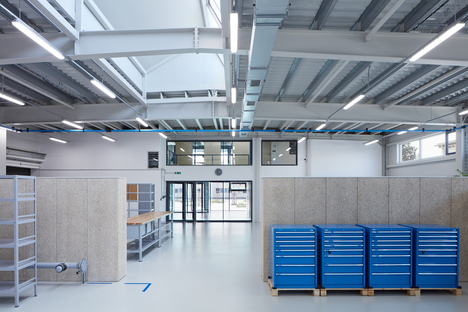 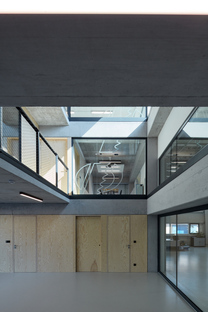 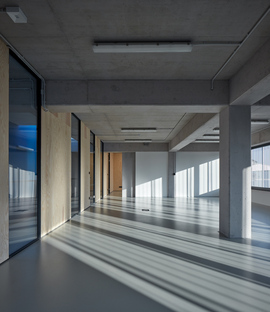 A glass bridge in China by UAD