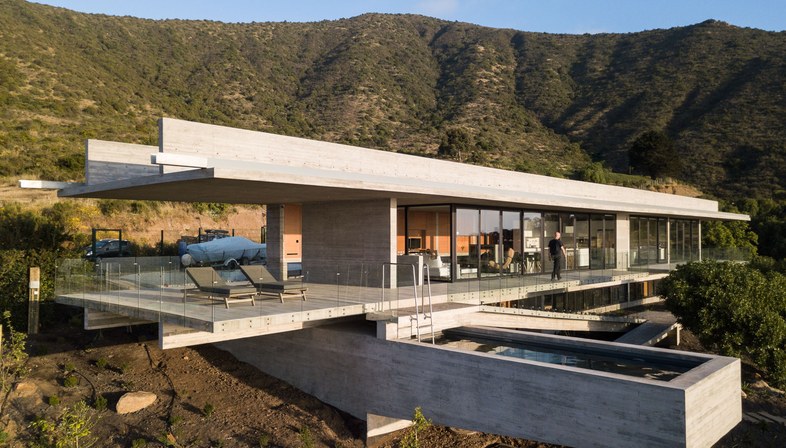 With House H, Chilean architect Felipe Assadi has openly declared his love for bare concrete. A material that mitigates the impact of this volume in the coastal landscape of Zapallar, Chile and connects perfectly with the surroundings.


Zapallar is a coastal town in central Chile, an easy 2-hour motorway drive from Santiago. This resort town is very crowded in January and February but almost empty for the rest of the year. This part of the coastline is reminiscent of Big Sur in California and offers numerous hiking trails, seafront restaurants, and stunning views of the Pacific Ocean.
It also forms the setting for House H, an impressive villa designed by Felipe Assadi, a well-known Chilean architect and, since 2011, dean of the architecture department at the Universidad Finis Terrae in Santiago de Chile. This exposed concrete building will put heartbeats into high gear for all lovers of Brutalism and the modernist style.
The house is a single structural piece, generated by a succession of longitudinal and transverse beams. The two main longitudinal beams - 41 m long and 1.4 m high - run in a north-south direction and are supported by just four walls, creating 7-metre cantilevers at each end to give House H its unique shape. At the same time, this bold geometry and the explicit material are what the architect uses to mitigate the building's visual and real impact in its environment, along with a smart use of the site's natural slope. All of this is brought out clearly in Fernando Alda's photos.
Felipe Assadi's design consists of an entry level that contains the common areas - living, dining and kitchen in a single, open space, without walls or columns - plus the master bedroom and ensuite. Entry to the lower level is from outside and it contains a family room and more bedrooms. On the inside, the large beam that frames the main facade of the project is wooden cabinetry that runs along the whole house to be used as each room requires.
A staircase and ramp - concrete, of course - provide vertical circulation, connecting the two levels at the pool, which cantilevers 7 metres out, overlooking the sea.
The stairs and the ramp arrive at a courtyard that crosses underneath the main structure from east to west, reinforcing the idea of the house that looks like it is floating above the site, all open and facing the Pacific Ocean, an absolutely key player in this project by Felipe Assadi. 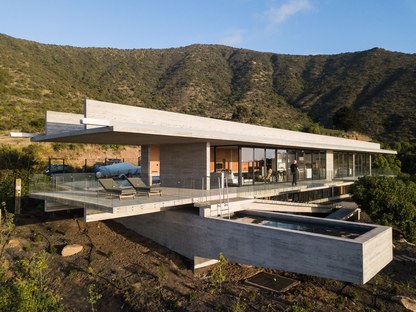 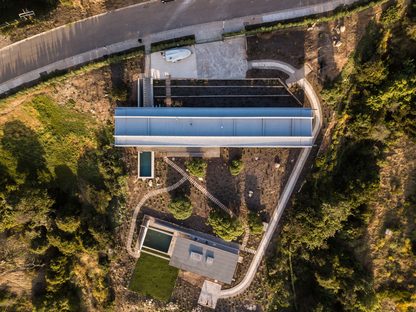 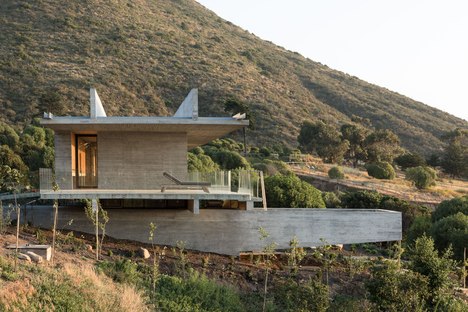 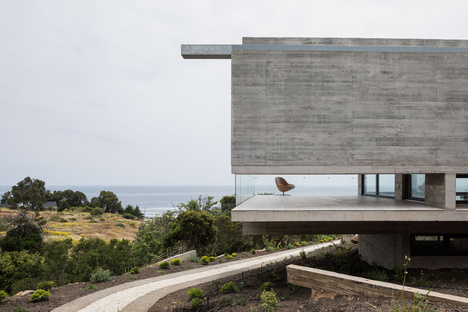 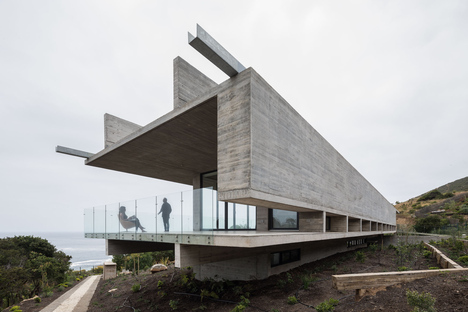 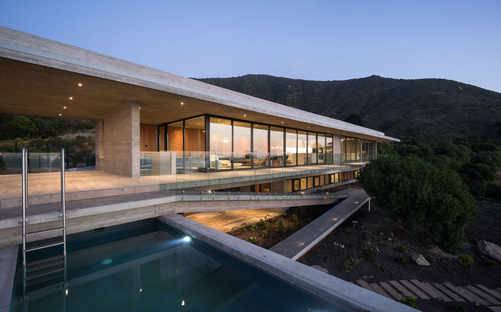 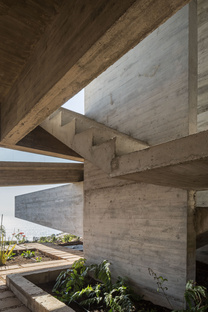 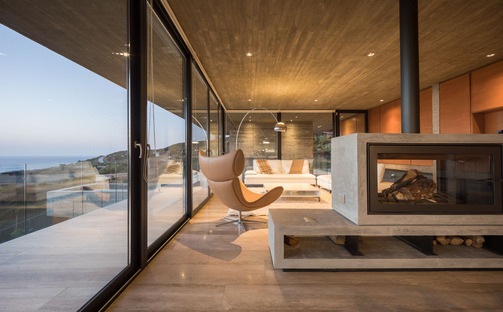 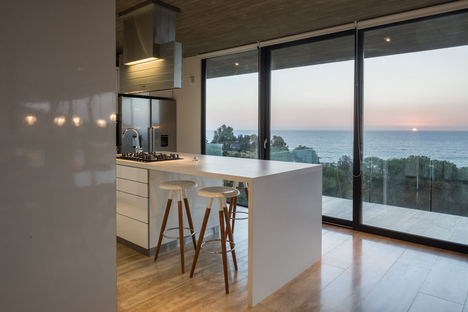