The 15th International Architecture exhibition – La Biennale di Venezia has lots of responses to the theme Reporting from the Front.

The 15th International Architecture exhibition – La Biennale di Venezia has lots of responses to the theme Reporting from the Front. Chile is participating for the third time, going “against the tide” compared to many others to explore its rural landscapes. 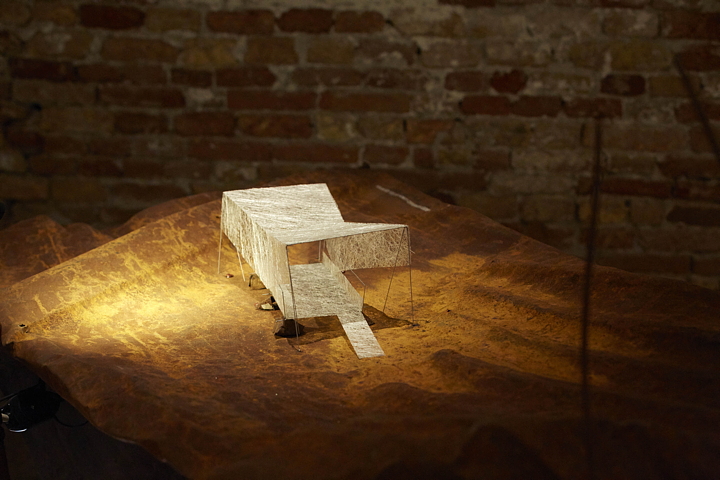 Although most of the world's population will very soon be living in major urban centres - so-called megacities - we mustn't lose sight of the people who continue to live in the countryside and whose farm work keeps the urban population going.

So it's not surprising to see that the pavilion of Chile focuses on rural, decentralised centres away from Santiago de Chile which has a “Région metropolitana” numbering some 6 million inhabitants - more than one third of Chile's total population of 18 million.
The proposal of the curating team composed of Juan Román and José Luis Uribe therefore explores an internal front where architectural practices developed through engagement with the community and information sharing can become an important medium for overall improvement of the local living conditions.

The content of the pavilion of Chile is based on the work of the students at the Architecture School in Talca, a central Chilean city on the Pan-American highway, in the middle of a fertile fruit and grape-growing plain. As part of their graduation requirements, the students were responsible for the concept, funding, design and construction of small architectural projects that connect to the rural context. These constructions were built using the resources obtained from the residues of farming work and with readily available local materials in a real process of creative reuse that is also encountered in the set-up of the actual pavilion.

Here in the Arsenale, these creations are proposed as elegant, light models made from white nonwovens sitting on rusted sheet metal sourced from the tin roofs that were ripped from buildings during the devastating earthquake in 2010. They are accompanied by locally filmed videos to give a clearer idea of the context of these small landmarks that on the one hand aim to engage the population and on the other provide landmarks of beauty to lift spirits as a whole.

For example, Cesar Verdugo's frames built in a place that was used as a rubbish dump but that give viewpoints of the landscape in such a way as to turn it into something special, also for the residents who now respect the site. Or the installation of Ximena Cáceres, a kind of modern Stonehenge to restore sacredness to the countryside. 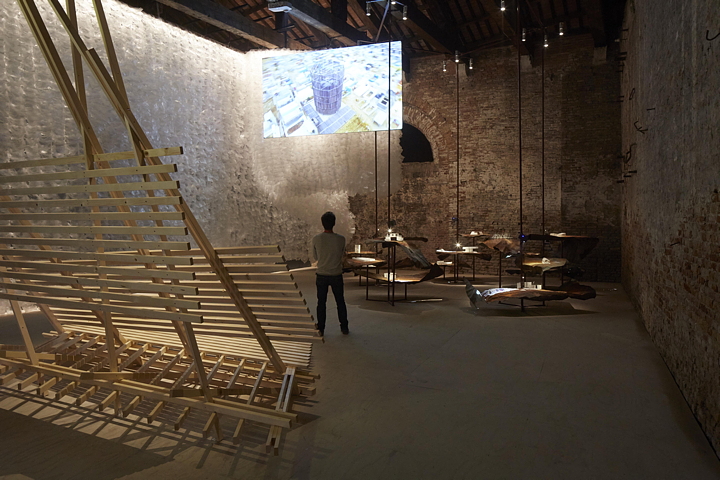 The pavilion of Chile really does go against the tide - Controcorriente - something we are very fond of at Livegreenblog, giving us an idea of the countryside as the foundation for our future, and with that typical elegance and simplicity that so often stands out in Chilean architecture. 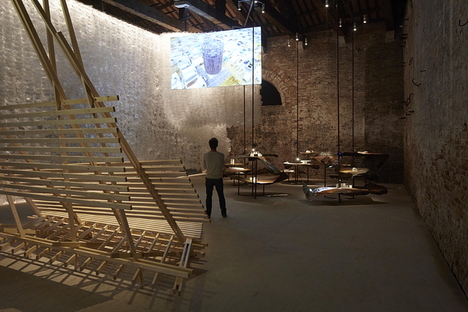