The new façade on the Société Privée de Gérance building in Geneva, by Studio Vaccarini of Pescara, demonstrates a new way of using glass in façades 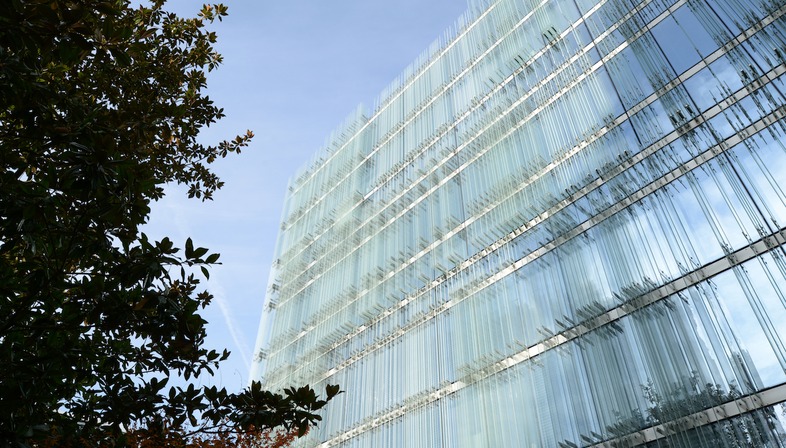 The façade of the Société Privée de Gérance building in Geneva by Giovanni Vaccarini architetti is made up of etched glass slats that act as a sunbreak, giving the building a fragile yet elegant look.
The new façade inaugurated on the Société Privée de Gérance building in August 2016, subject to structural restrictions due to the weight of the design elements that were to be anchored to the existing structures, has a number of noteworthy technical features.
The first is a simple façade featuring a triple-glazed layer of glass, referred to as a “heat chamber”, combined with a crystal-shaped series of glass sunbreak fins on three sides of the construction. This feature is intended not only to control the building’s thermal performance but to ensure complete visibility of the world outside, a formal requirement much in demand among today’s clients. The architects therefore interpose a third layer of glass chambers containing shades in the form of microperforated aluminium Venetian blinds between the sunbreak and the “heat chamber” layer to shade the interior from direct sunlight.
The fins are etched with an original chequerboard pattern recalling the holes punched in old computer cards, and there seems to be no true modular geometry, doing away with the banality of repetitiveness. In this case the design not only makes the architectural detail less banal, but adds to the effect of refraction, subtly adding prestige to the building as a whole, while also having a positive impact on lighting and heating systems in the building.
Another detail not to be neglected is the lighting design for the façade, with LED lights between the “glass fins” on the façade, which are sometimes joined together, offering an opportunity to regulate the building’s overall lighting easily and with good control over energy consumption. The façade system as a whole is not very thick, varying between 40 and 80 cm in total thickness. 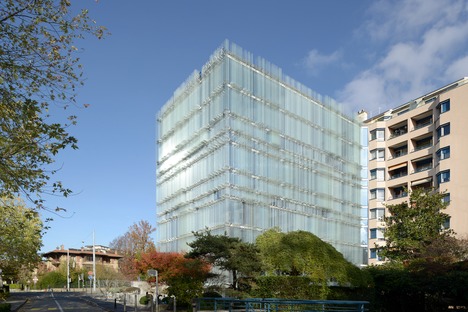 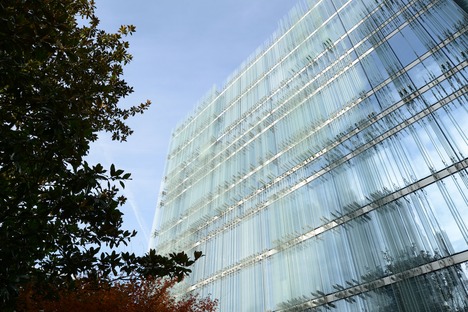 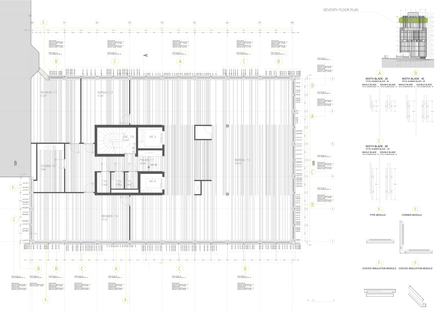 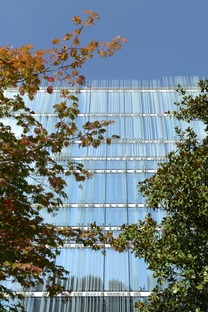 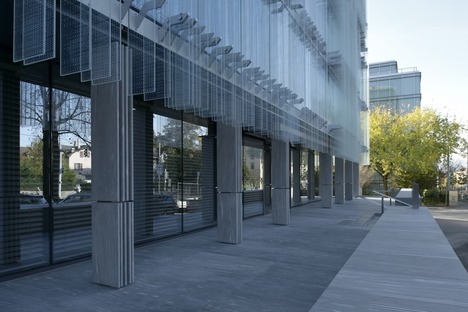 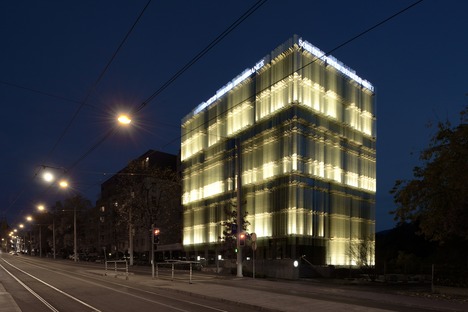 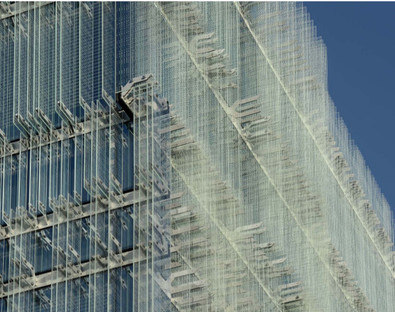 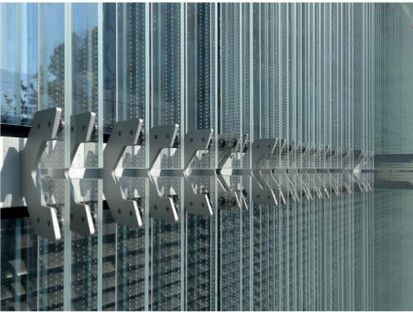 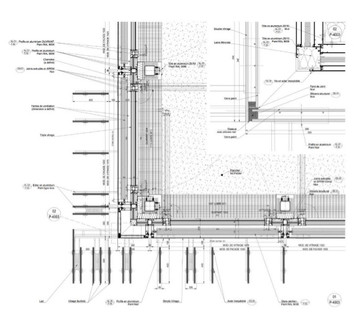 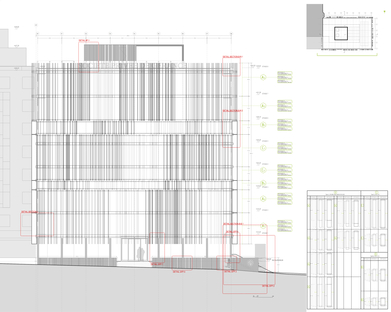