In Fuzhou, a 22-storey tower, designed by the INUCE studio and built in concrete, glass and marble, stands next to the city’s river. 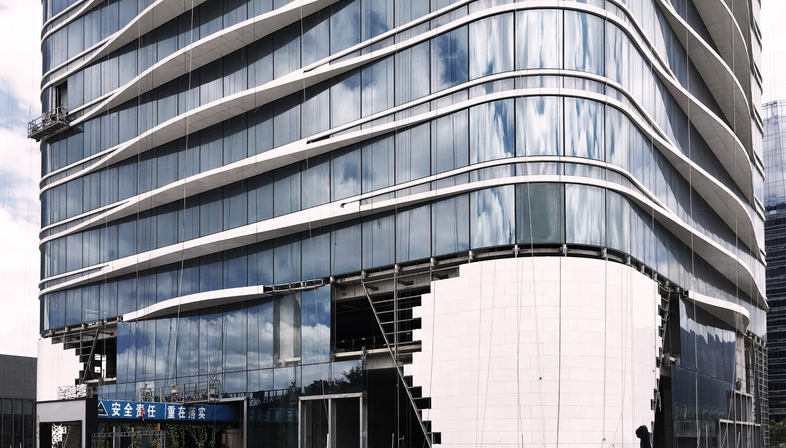 The 22-storey tall glass and marble-clad tower designed by the INUCE studio in Fuzhou, China, for the Zhenghe Global trade company’s offices has a concrete framework. The studio’s exact intent was, in fact, to obtain a solid, simple and not overly characterised building, above all thanks to the materials chosen to cover it. The tower is a square-based construction with four large pillars on each side, arranged in such a way as to leave the corners free from other pillars. With this design choice, at that point, the volume structure is stiffened by connecting beam-slabs whose work is moderate but not excessive, as the overhang is not overly pronounced. A structural stratagem that allowed the architects to transform the internal corners of the tower into privileged points of view from which those inside the building can admire the scenic landscape of the river, the mountains, the city or the sea – depending on the side of the building where you are looking from. A sort of "belvedere" further enriched by the fact that the entire surface of each corner is covered by four slightly curved glass elements that avoid the creation of distorted views.
But the most interesting features, both from an architectural and technical point of view, are the 22 horizontal protruding fins, covered in white marble slabs, which jut out from the profile of each floor of the volume. In fact, as you go up, these elements increase both in length and overhang: a play of overhangs which helps create such a magical optical effect that makes the tower façades appear slightly concave, while in reality they are perfectly flat.
Finally, to enhance the silhouette of the design and its decorative quality, the architects decided to break the stringcourse line with a double horizontal recurrence, thus bringing out the line of the intrados and that of the extrados of the slab. The gap that appears between these two elements is, in turn, bridged by a glazed row that improves the alternation and hierarchy of architectural signs. 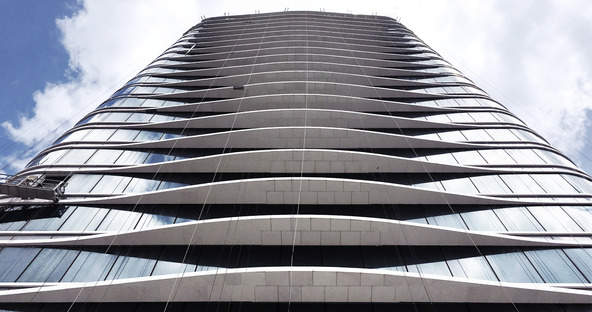 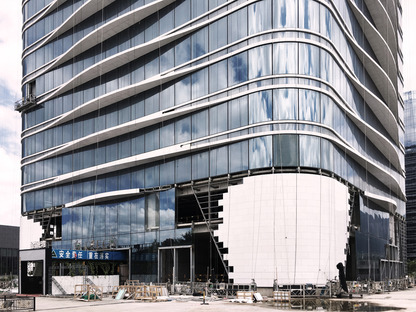 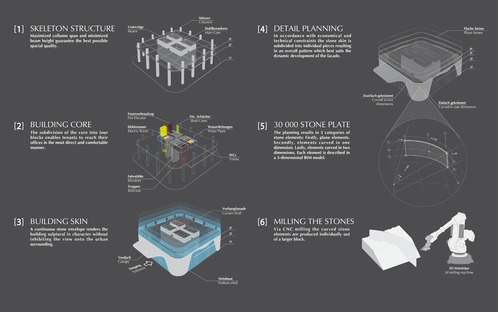 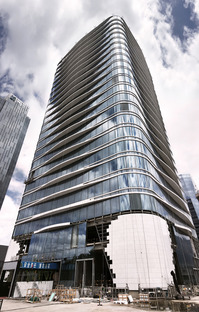 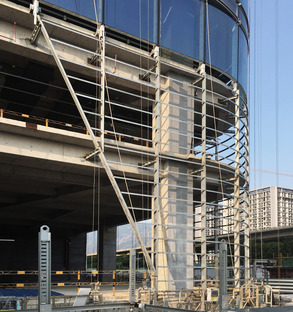 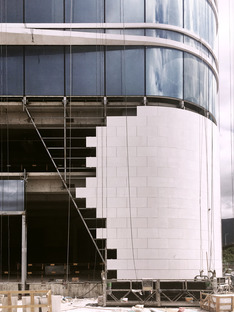 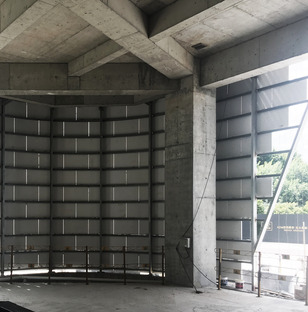 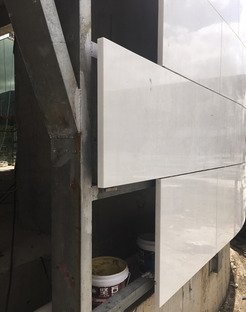 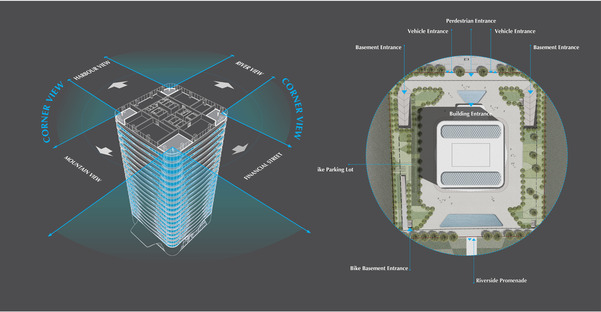 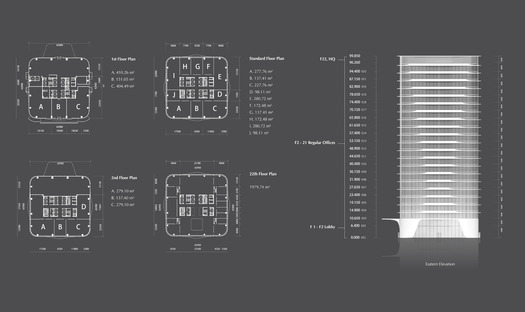