A church designed by Inuce in Louyuan, China is designed with a double outer frame of concrete and long windows, which are in turn composed of more than a hundred thousand tesserae in various shades of light and dark blue and yellow. Inspired by Andrej Rublëv’s Virgin of Tenderness, the Church of the Christian Congregation of Luoyuan, China is a building with a double concrete structure and big windows in various shades of blue with touches of yellow.
It took ten years to plan and build this church in a town that used to be a small fishing village but has grown to population of 200 thousand over the past twenty years. The architect who designed the complex encloses the church and other parish facilities in a single well-defined space.
The church rises on an oval-shaped base with two parallel rows of thirty-eight pillars rising out of its perimeter, the large frame of which is completed by a ribbed roof plate. This is accomplished with single beams forming a radial pattern in the layout, converging from the perimeter toward the main axis to create a slightly inclined roof with a single pitch. But the magical thing about this part of the project is that the interlocking central beam is not visible from the inside, creating a very unusual design. The two rows of pillars of different shapes, set different distances apart, are of course rigidified both at the base and at the roofline. With beams alternately joining the outer pillars with similar ones on the inside, they avoid the hyper-rigid scheme that could cause problems in the event of an earthquake. Plus, in this grandiose but sober building, the focus on structural detail can also be seen in the well-concealed way the structural joint is positioned between the frame of the church and that of the rest of the building.
Lastly, the windows conceal an interesting detail, because in order to be able to build the double façade, made up of a total of 107,707 10x10cm tiles, panels varying in height from 1.4 to 2.0 metres were in turn assembled between two plates of extra-white glass enclosed by two H-shaped horizontal profiles. These mark the rhythm of the building’s height, fulfilling the requirements for earthquake safety and wind load resistance. 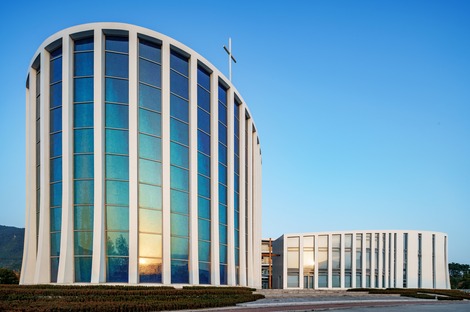 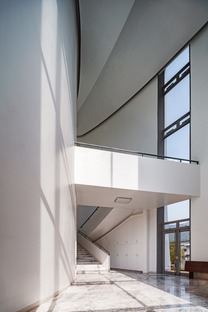 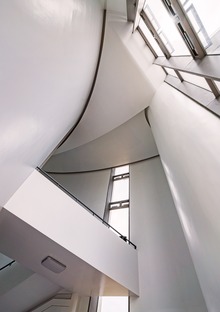 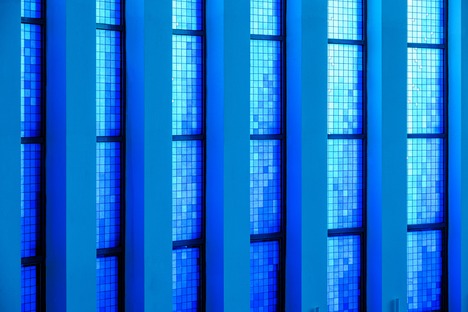 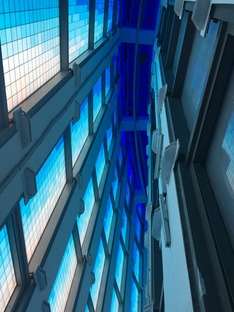 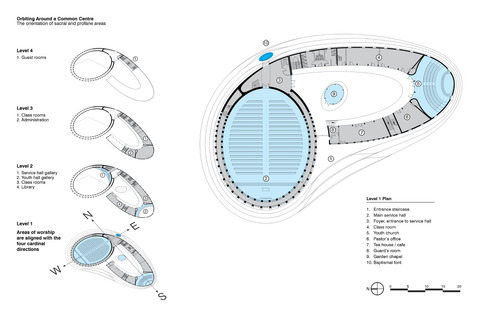 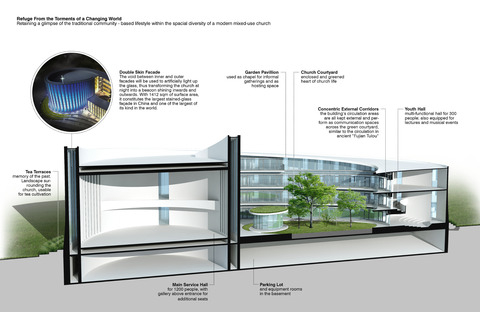 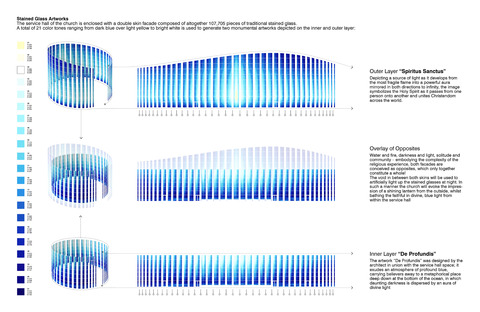 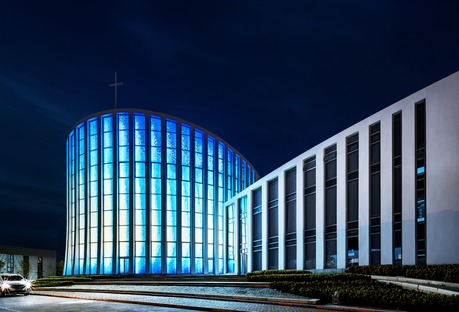 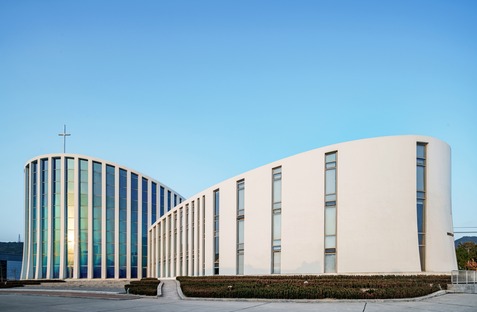 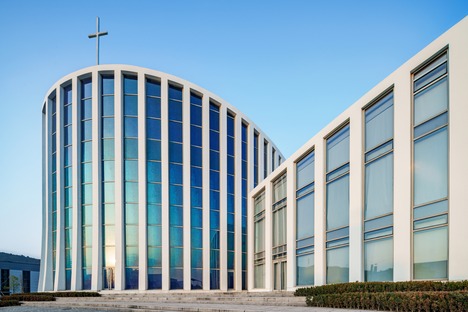 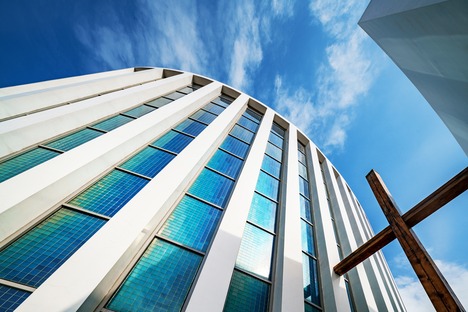 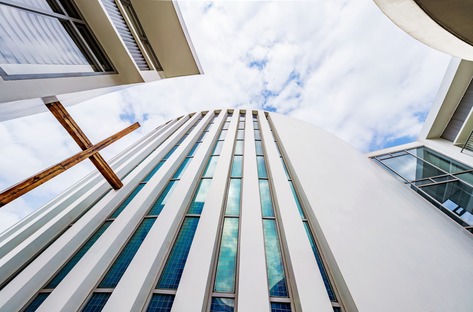 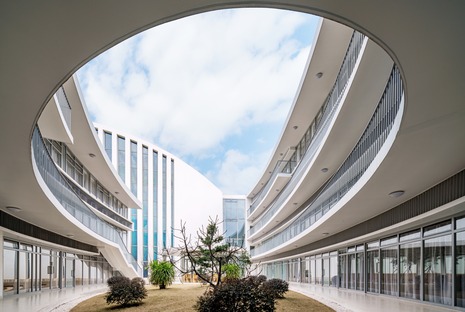 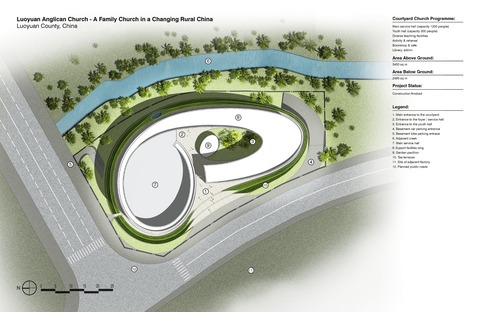 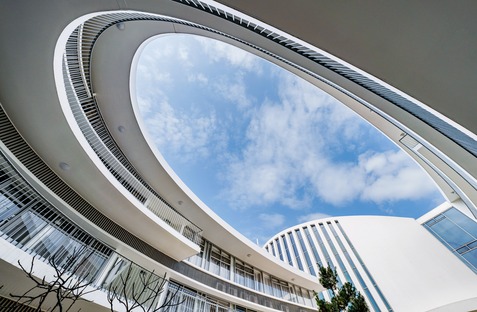 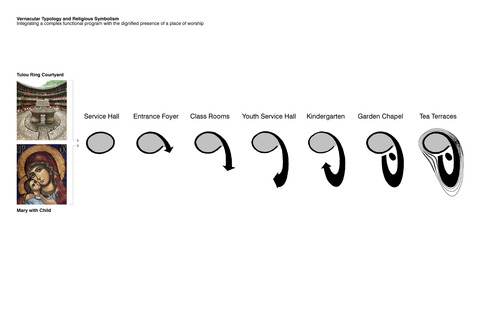