In the Southern region of Kerala, in India, the Wallmakers studio completed the project for an Orthodox church built by using only catenary arches and stabilised clay bricks. 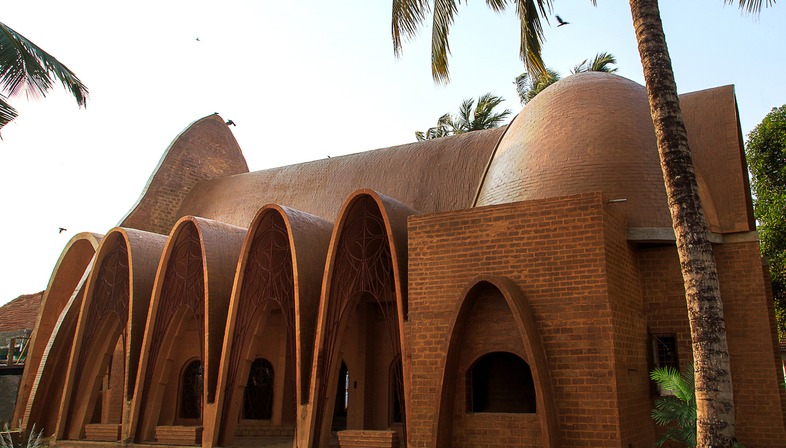 The St. George Orthodox Church, designed by the Wallmakers studio in India’s Kerala region was built using large and airy catenary arches made exclusively in raw earth bricks. Inspired by the architectural language of Antoni Gaudì, the project is an example of how a certain approach to architecture can still be adapted today and reinterpreted in a contemporary key. The Church, in fact, has a rectangular plan characterised – in correspondence with the altar – by a dome also built with a catenary arch section. However, the most surprising aspect of this construction is the almost total absence of concrete in the structure. Despite this, every part of the Church was built without the use of formwork, as both the arches and the chamber vaults were already perfectly self-supporting during the construction phase.
Moreover, to help improve the structural rigidity of the Church, the architects introduced lateral flying buttresses, the so-called "Nubian vaults", elements that allowed them to exploit the full static properties of each constructive component, namely the arches and the bricks. The bricks, as the material that dominates the entire construction, were made of stabilised raw earth and, in order to improve their mechanical performance, the mixture with which they were made consists of a modest 5% cement content. In addition, each brick is connected to the other using the same stabilised raw earth, thus providing the whole construction with a high homogeneity in the thermal gradient of the masonry, to the point that thermal bridges have been almost completely eliminated.
The final result is a materially and formally homogeneous environment, so much so that even chromatically, the structure fits perfectly into the context in which it stands.
Finally, it should be reiterated that if industrial bricks had been used for the project instead of raw earth bricks, the energy spent to obtain them would have quadrupled (4,501.25 MJ/m3, against the 1,112.36 MJ/m3 actually spent) and the production of CO2 would have also increased proportionally (110.11 kg/m3 against 444.12 kg/m3). 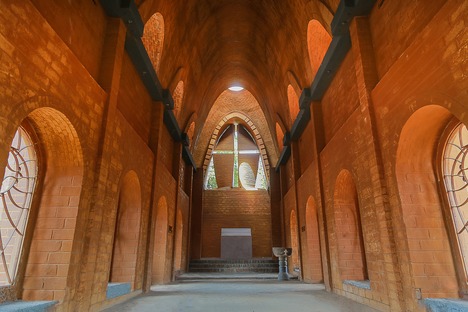 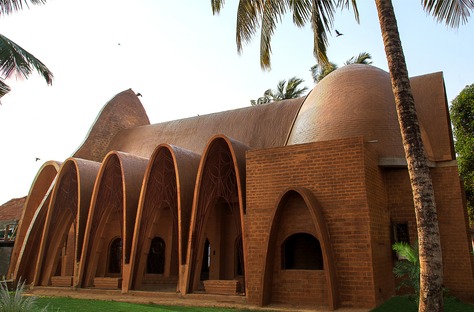 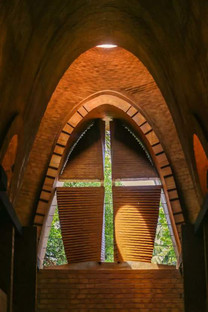 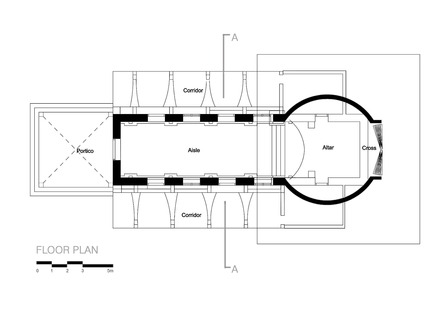 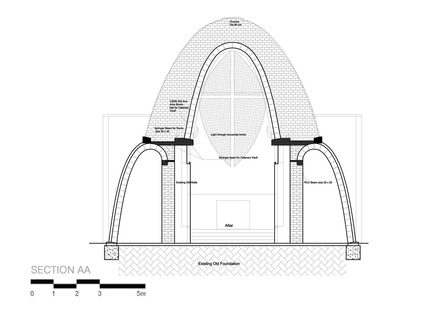 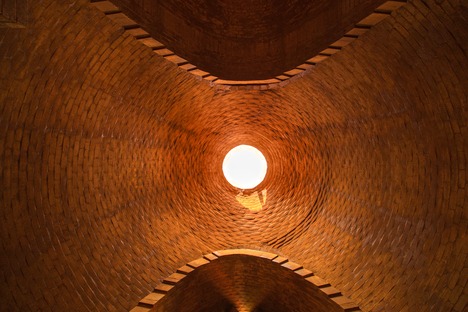 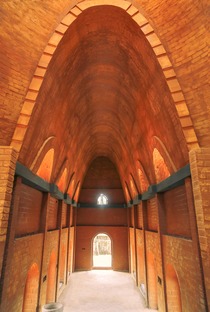 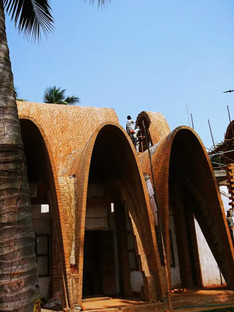 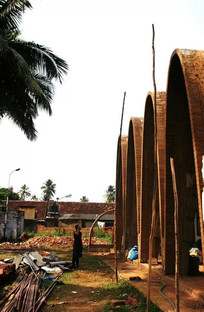 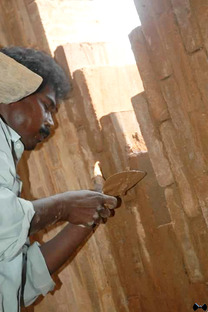 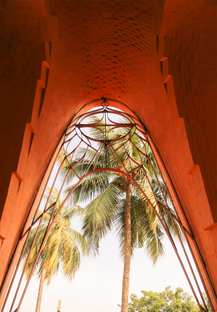 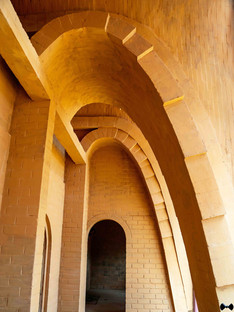 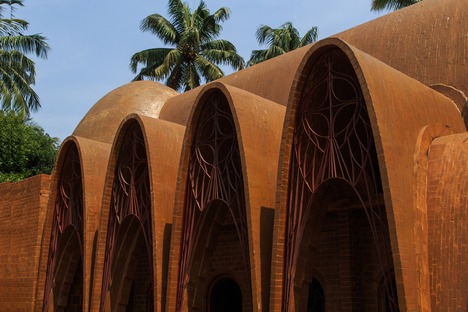