A house in a shape inspired by dancers built in the state of Kerala, in southern India, made of brick, concrete and reclaimed materials. 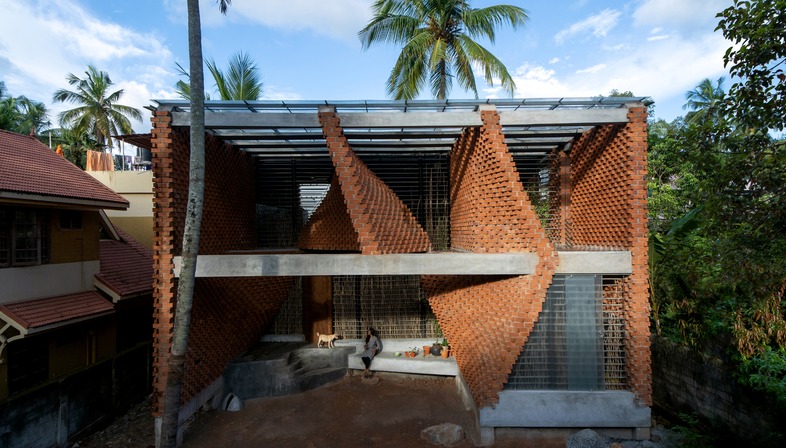 A brick house in Trivandrum, in the Indian state of Kerala, was built to maximise the performance of the materials used by its designers, Wallmakers architects, who completed the building with reclaimed timber and metal.
Pirouette House stands on a lot which is suffocated on all four sides, in a very densely inhabited area; the building winds around this narrow space, elegantly cutting out an exciting, welcoming space inspired by the motions of dance. The client needed to optimise use of space and materials, driving the architects to make use of the best local construction techniques. First of all, use of brick, purchased from one of the few remaining local brick kilns. With these they built hyperbolic walls joining the foundations with the girders at the top, using the Rat Trap Bond method. This construction technique, well-known in India, involves construction of sack masonry walls in which the bricks are laid in the vertical rather than the conventional horizontal position, either on their heads or on their sides, to create formworks which can then be filled with a cast of concrete, adding steel reinforcement rods if necessary. In this case the architects positioned the head brick protruding out from the wall, ensuring the structural continuity of the concrete cast, both vertically and horizontally, with a larger and more jagged surface for adhesion between the sack masonry and the cast.
The roof is made of thin MMT Ferrocement shells, saving on consumption of materials without compromising on the structural performance of the architectural construction. Basically, it effectively reduces the total amount of concrete consumed by 40%, cuts use of steel by 30% and replaces the R.C.C. slabs in the roof, withstanding up to 1200 kg/m2. Thus the architects give the interiors a sense of modernity, nodding at the tradition of Le Corbusier in India, but with the Rat Trap Bond technique invented by British architect Laurie Baker.
Reclaimed steel and timber were used to build the staircases and floors, while cane, true to the local vernacular heritage, was used to make the traditional partitions and all the railings. 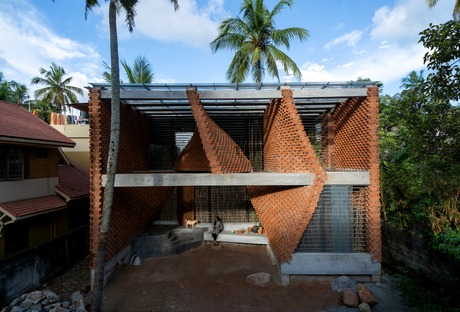 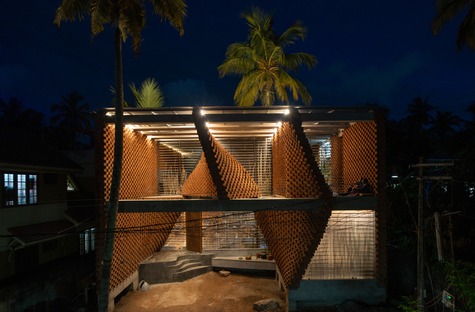 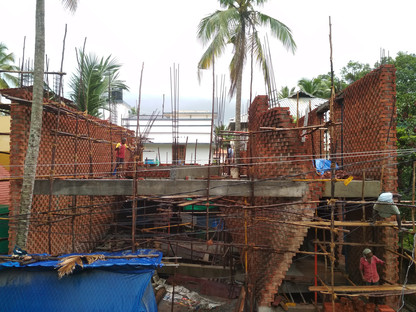 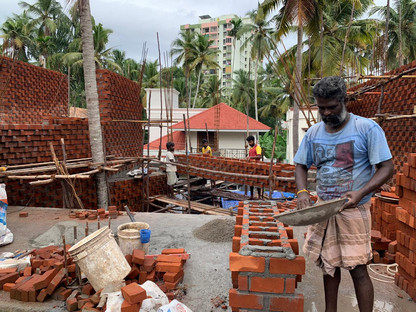 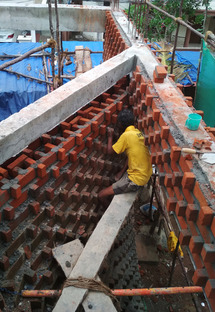 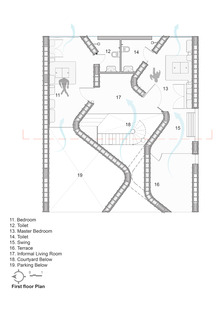 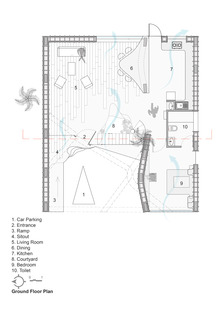 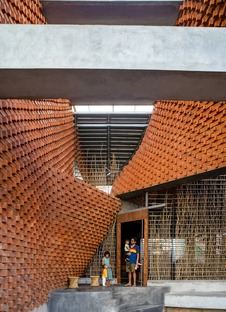 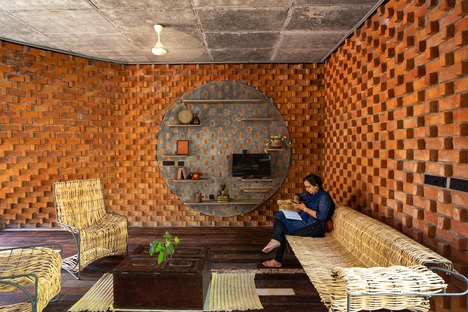 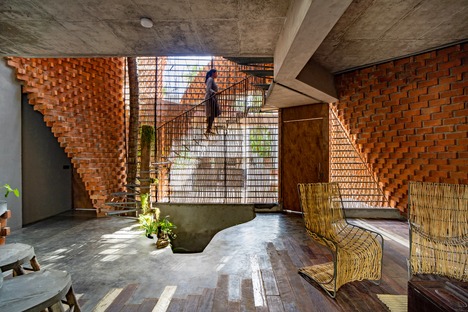 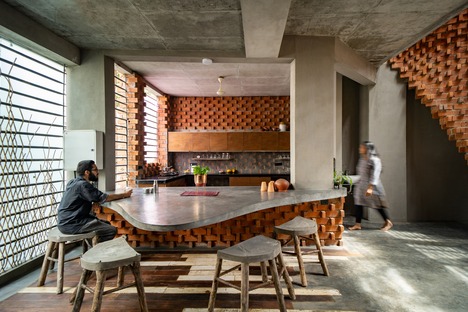 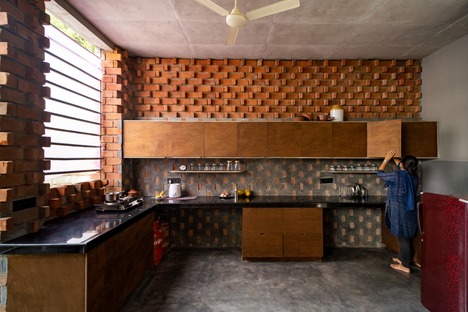 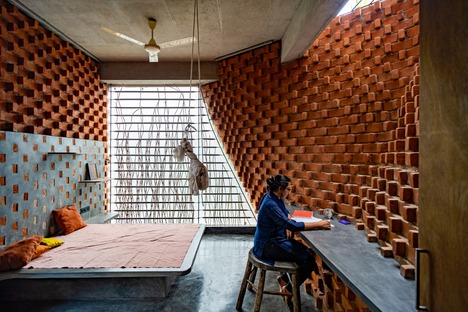 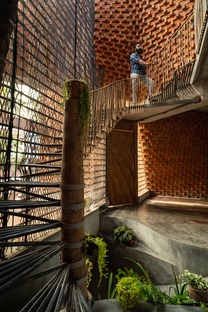 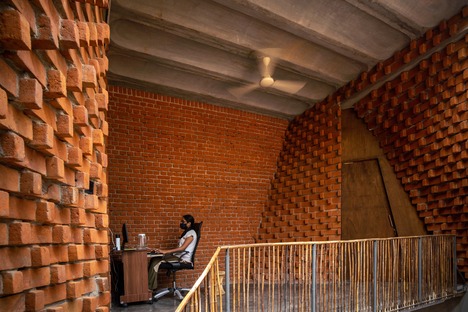