Expansion of a working-class home offers BKPŠ an opportunity to experiment in the classic way with formal idioms and the structure of the building itself. 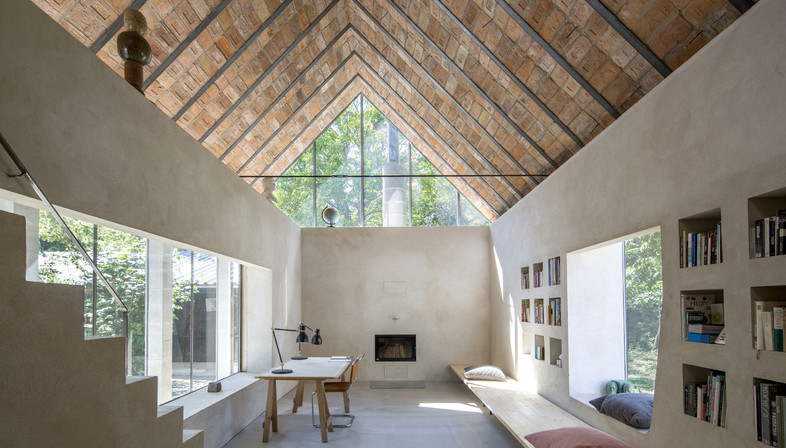 A working-class home in Slovakia set in the garden of a brick factory shut down following the Second World War now has a new extension in minimalist style, employing the simple, classic technology of new and reclaimed brick. The home was inhabited but required expansion to increase the size of its three small rooms. The original house was very simple, crowned by a big double-gable roof and a portico with square pillars, which is where the extension was built, using the same formal idiom as the existing building. No changes were made to the roof, the portico or the volume as a whole; the new extension is intended to look like a natural expansion of the original home. The walls are even the same thickness, creating big windows and blind cavities for containing books.
But the experimentation that was almost inevitable under the circumstances, both because of the opportunity offered by the project and the spirit of the architects of BKPŠ, focused primarily on the double-gable roof. Despite its heavy base walls, the expansion is topped by a new roof, also steeply sloping, with three trusses made of IPE 120 and two steel tie rods, with a shuttle-type adjustment device in the middle. There is one upright between the main trusses for every two bricks, and all the bricks are marked with the logo of the brickworks of origin. They are laid gabled style, generating a slight thrust between the two beams supporting them at the sides in order to obtain a modest but highly efficient effect of static compression, exploiting the properties of the bricks to obtain this effect.
All this is then covered with an insulating sandwich layer and with secondary and tertiary wooden beams rendering it solid yet elegant. Even after the expansion project, the outside of this old working-class home still looks as if it had been built in the last century. 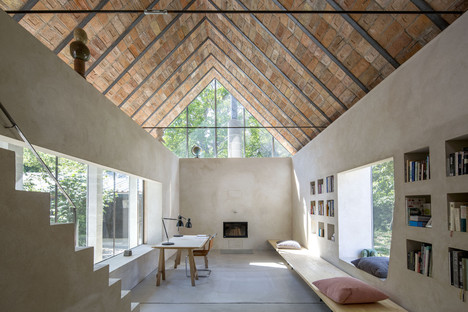 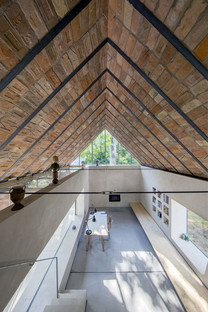 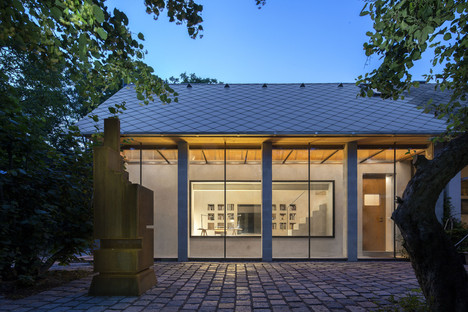 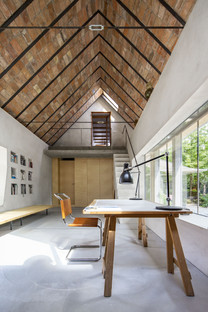 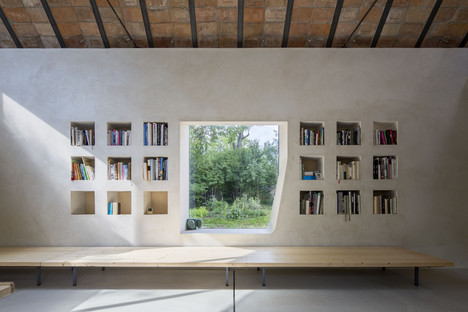 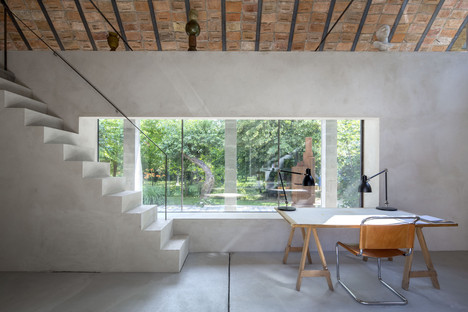 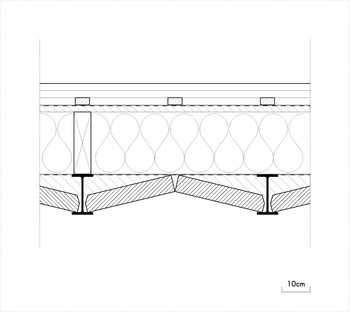 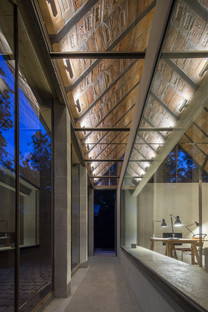 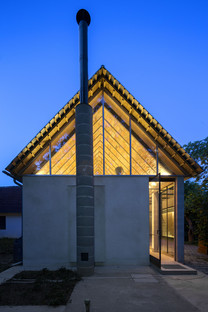