In Belgium’s countryside, a pentagonal wooden house combines classic and innovative building materials such as wood, lime hemp and straw 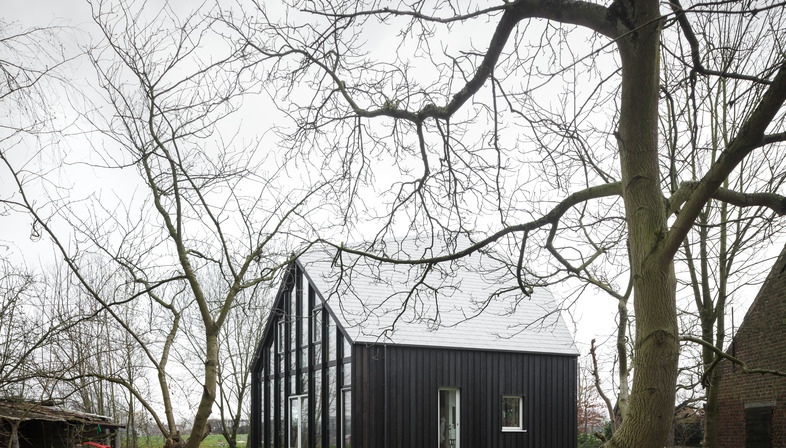 In Belgium’s countryside NU Architectuur has designed a house made of wood, lime hemp and straw, built as a simple addition to an existing farm, whose diamond shape stands out from the plain. The architects have designed it entirely in wood, with a special feature not found only in the form, but also in the technology used to help it withstand Belgium’s harsh winter climate. In fact, wood has been used both for the secondary load-bearing structures and for the external cladding. This, in turn, was combined with an internal layering of prefabricated wall in which lime hemp and straw are the protagonists, natural building materials whose role is to create the best thermal performance possible.
On a planimetric level the house consists of a single pentagonal volume and its internal division is simple, but not at all trivial. In addition, the fireplace, the stairs and the bathroom gave the architects the opportunity to climb upwards with central structures, designed to help support the peripheral ones and the roof. All this aims to materialise the original volumetric idea conceived by NU Architectuur: a series of joists that follow the pentagonal shape of the external walls, with one of the five consisting of a large vertical window open towards the countryside and reflecting on the internal spaces, while the other four constitute the most rigid part of the overall system. Made of blackened wood with vertical slats, two of the latter culminate at the cusp, while the others remain rectangular. A clever geometric game that gave architects the opportunity to design the large sheet metal roof, giving the impression that the entire volumetric system has been faceted to reach upwards. 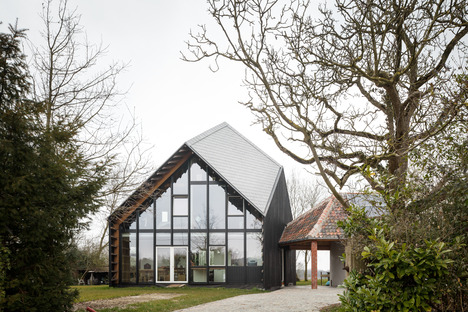 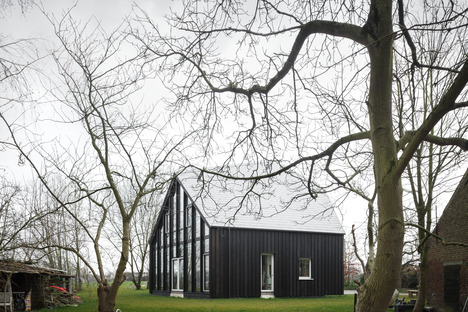 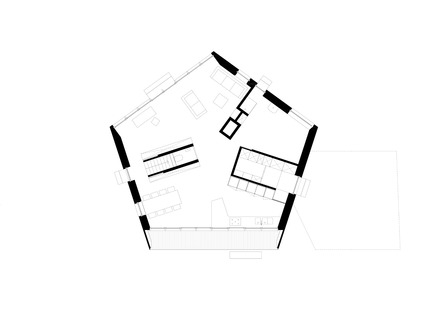 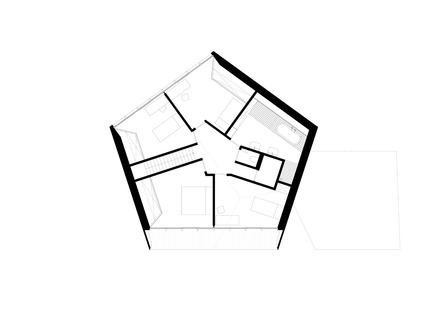 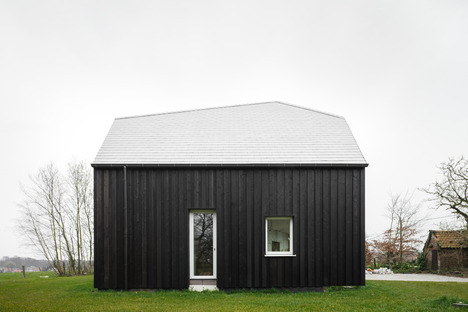 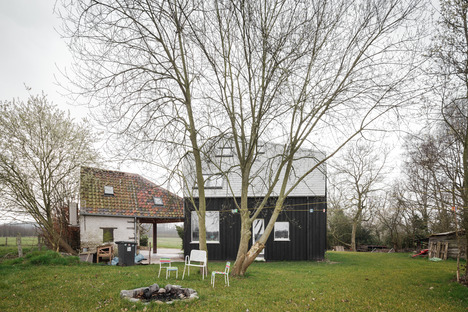 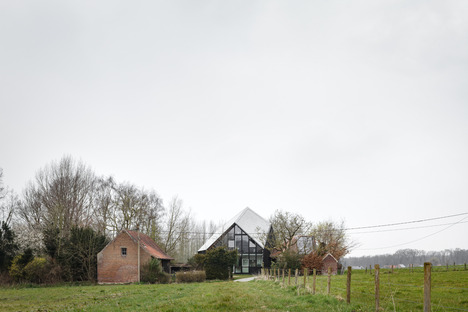 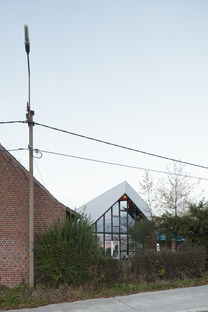 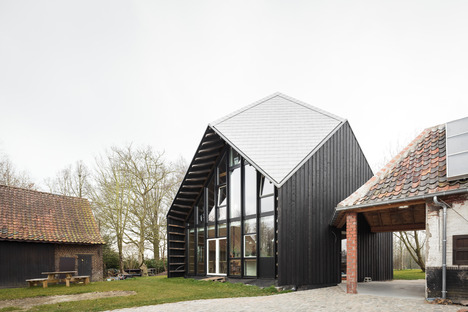 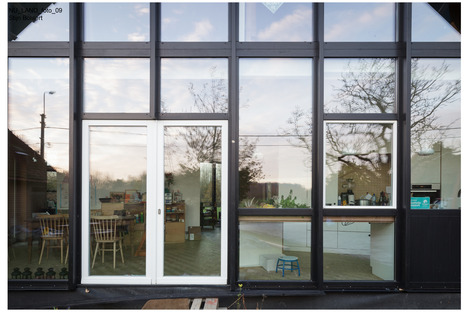 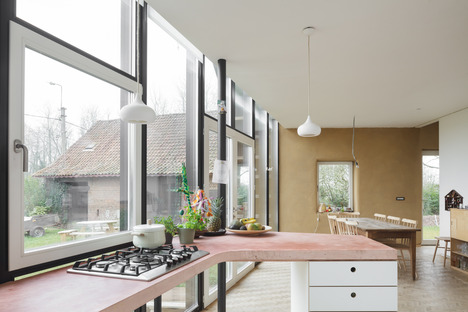 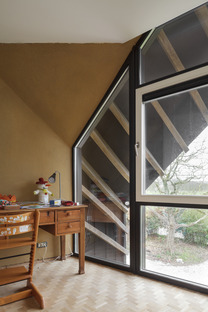