The new multifunctional entrance to Meise botanical gardens, in Belgium, incorporates a number of logistical facilities in a concrete and timber building 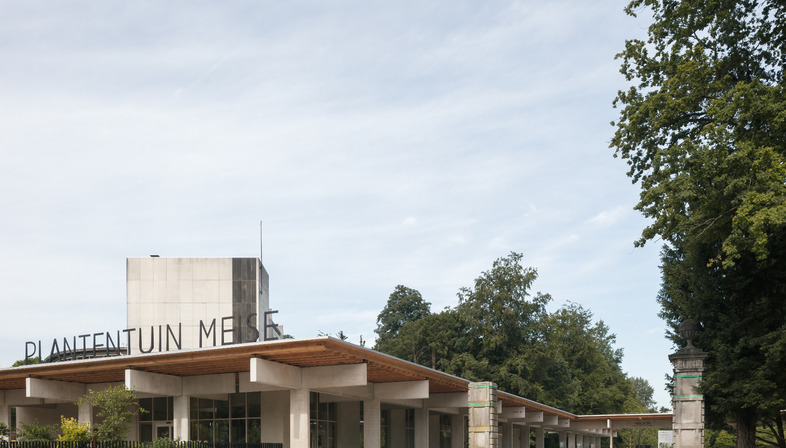 The Plantentuin in Meise, Belgium required a reception area, and NU architectuuratelier came up with a concrete and timber construction offering an original, effective solution.
The client wanted a reception building that would solve the problem of managing entrances, which in the past took place through an ordinary gate, while offering facilities for tourists such as a bookshop, a gardening shop, office space and a home for the custodians.
NU architectuuratelier decided to concentrate all these facilities in a single volume with two arcades on the outside, one running along the side of the big rectangle of the floor plan and another at right angles to it, starting where it ends. The result is an unusual structure made up of a long deck resting on 14 pillars joined by a continuous beam, with a cantilevered beam of the same height and cross section emerging from each joint to support a roof of wooden rafters. When looking down on the pillars from above, the effect is that each of them appears to support four cantilevered beams forming a cross. Another unusual feature of the beams is that they are not always connected with one another, to prevent excessive structural rigidity, which would have caused damage in the long term.
The interesting overall effect creates a bold contrast with the two reclaimed eighteenth-century buildings in the background, as the minimalist aura of the project intentionally contrasts with the brick and steep roofs with crow-stepped gables typical of traditional Belgian architecture. In the same way, the wealth of detail in the roof of the new structure is surprising, while creating a result that is on the whole lightweight: a visual effect noticeable above all in the secondary edge beams, which rest on metal piers to create an airy look for the connection at the top of the rafters. 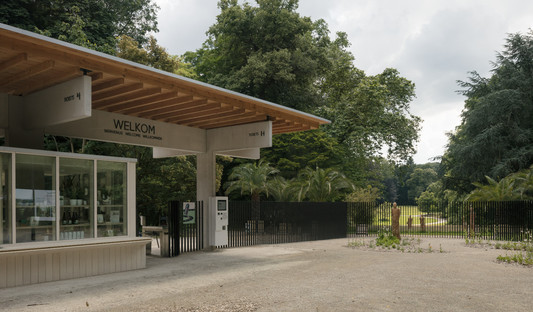 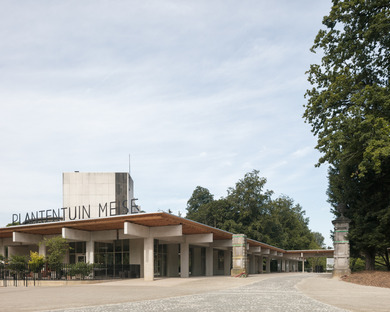 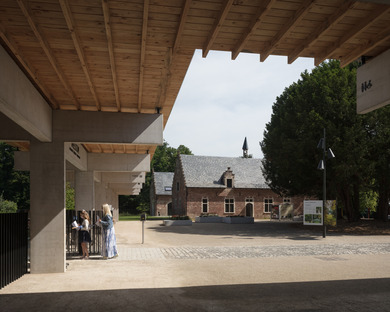 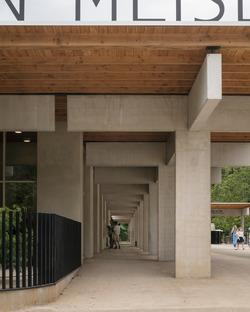 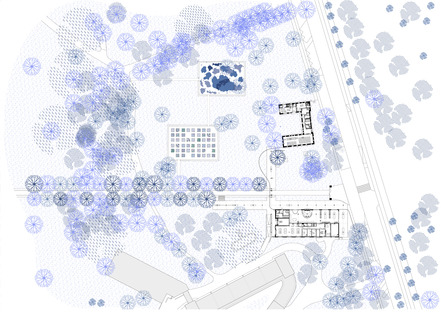 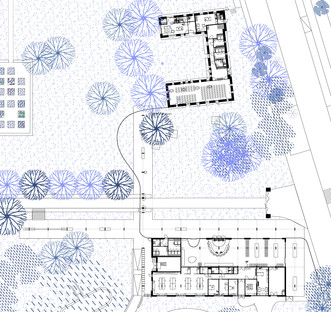 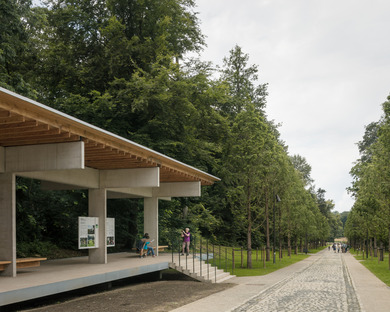 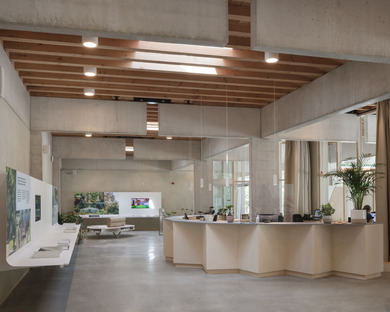 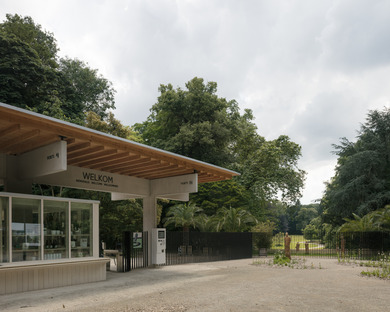