The glass bricks of MVRDV’s Crystal House unexpectedly blend with masonry bricks, and are even stronger than concrete 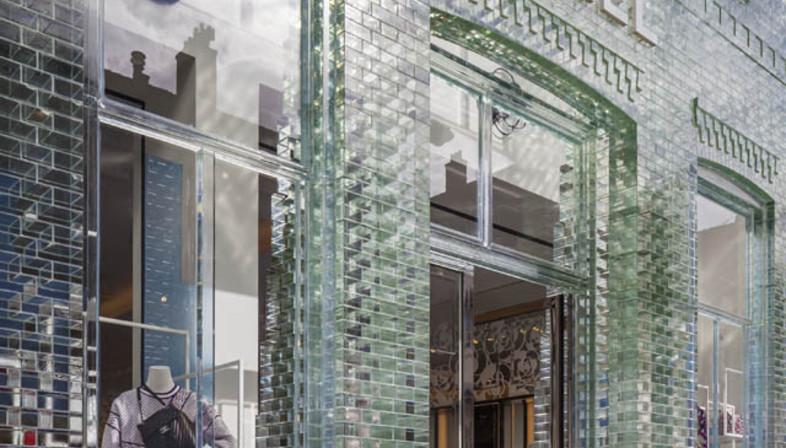 Dutch architectural studio MVRDV constructed a building combining tradition with modernity, using glass bricks mixed with regular bricks in walls that gradually blend upwards.
Warenar wanted a high-impact construction to use as its flagship building for its future real estate operations, and so the architects replaced the traditional building material, terracotta bricks, with a truly unexpected material, glass. This allowed them to avoid the classic stratified laminated glass façade by using real glass bricks, taking advantage of their structural properties while reproducing the shape typical of the city’s vernacular architecture.
With support from Delft University, which conducted structural tests on the material, the architects found that glass is even more resistant to compression than concrete, so that it has great theoretical potential for structural uses. But to satisfy both the structural engineers’ and the architects’ requirements, the bricks were laid over a bed of UV-bonded transparent adhesive silicone mortar. It is curious to note that the first layer of brick was levelled off by pouring traditional Dutch full-fat milk over it, the ideal liquid to function as a reflective surface. Water might have be cheaper, but it could not achieve the same effect and create a perfectly level façade!
In this way, the low arches of the doors and windows were also made out of a single block of glass, which despite its delicate appearance can withstand a force of up to 42,000 Newtons (4,200 kg). 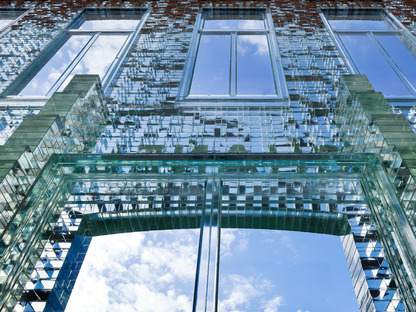 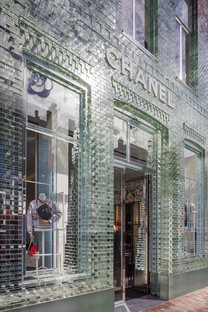 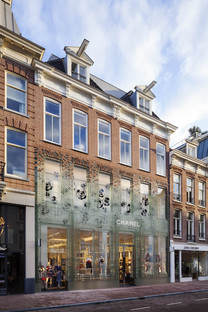 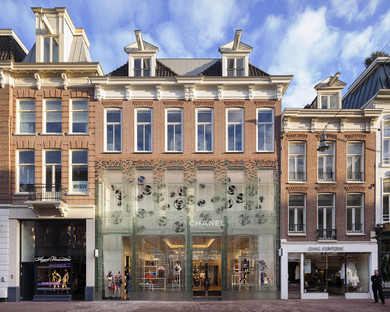 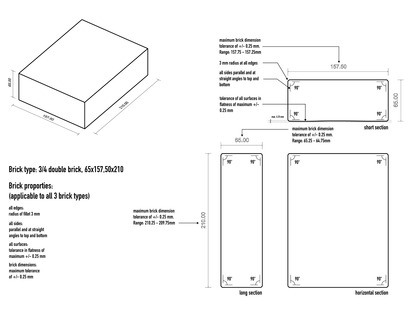 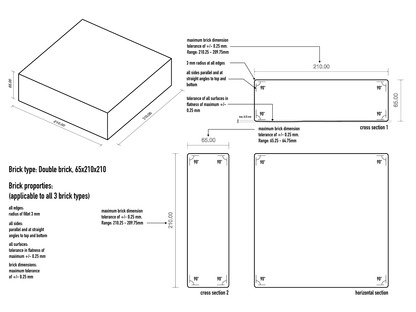 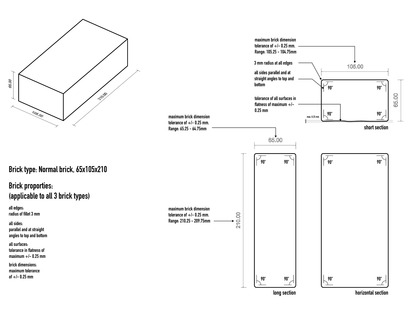 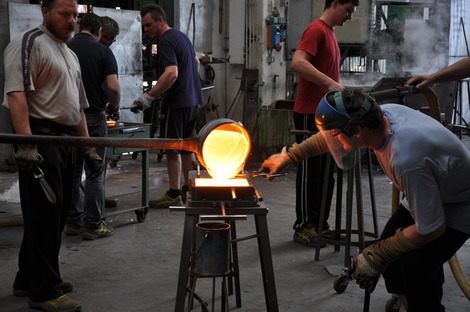 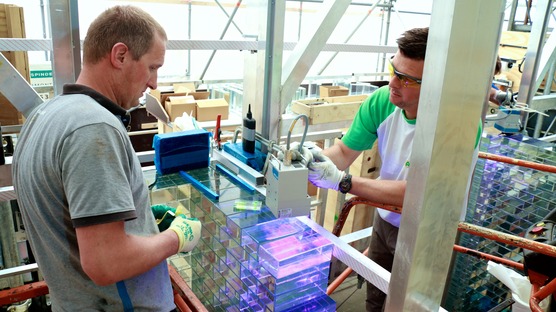