Westbeat is a building arranged around a courtyard containing apartments, offices and a new kind of common area featuring concrete arches and brick cladding. 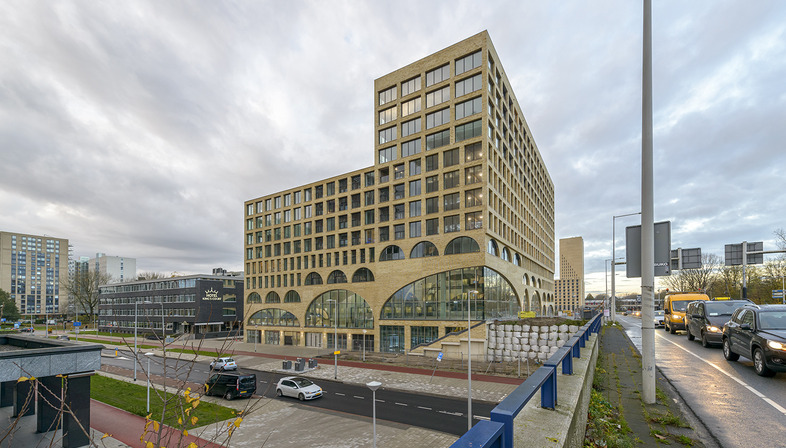 In Amsterdam’s Lelyaan-Delflandlaan district, Studioninedots has built a concrete and brick building containing 150 apartments.
Westbeat is located in a district the city of Amsterdam wishes to promote with construction of a series of buildings, including the one designed by Studioninedots, which had to be iconic and particularly attractive.
The spirit inspiring its design was positioning 150 apartments above a volume incorporating public spaces that will be independently managed by the development’s inhabitants. The atmosphere in these spaces is inspired by that of the city as a whole, and therefore characterised by a series of arches alternating in an apparently disorderly, random fashion, as if built at different points in time, like the stratification of a city over the years. But in actual fact the long succession of cast concrete structural elements, with internal heights of 4 to 8.5 metres, is very orderly, and the result is a space which does not appear to be located indoors, a few metres above street level. One of the architects’ key goals was creating the effect of a WanderVoid, a space without a fixed use, in a clear contrast with the majority of public spaces, which are excessively characterised for a single use and therefore limited to a certain type of user.
The smooth bare concrete interiors looks surprising in relation to the simple pattern of the bricks on the outside of the building, laid in different ways to characterise the façade with a highly varied, skilled composition. The corners on the ground floor are particularly impressive, with two half-arches on the walls at right angles coming together in the roof vaults with a surprising overhang of about seven metres each, supporting all the bulk of the building above them. But all this is very different from the monolithic structure with square windows, consisting of a number of different volumes towering 3, 4 and even 11 floors above the base of the building. Their maximum height, about 30 metres above street level, is significantly mitigated by an inner garden on the second floor which, like the WanderVoid spaces, recreates a piece of the city inside the building. 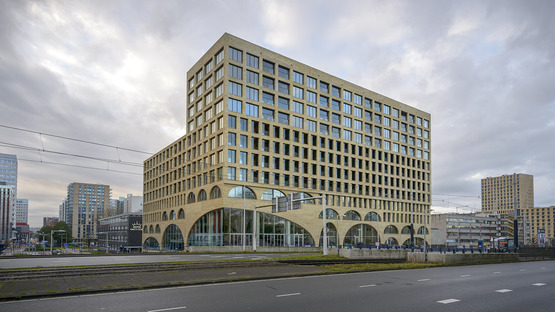 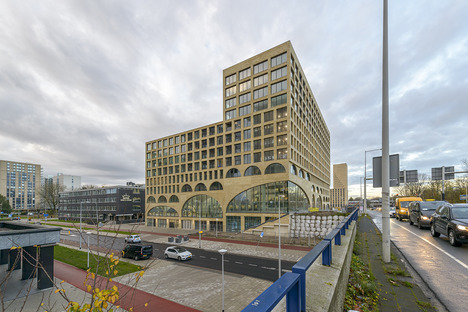 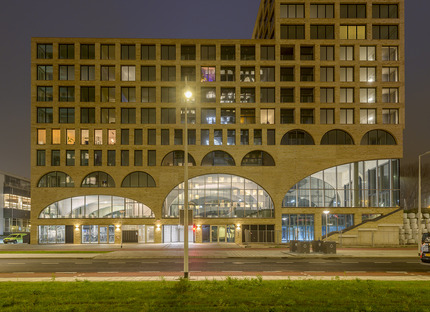 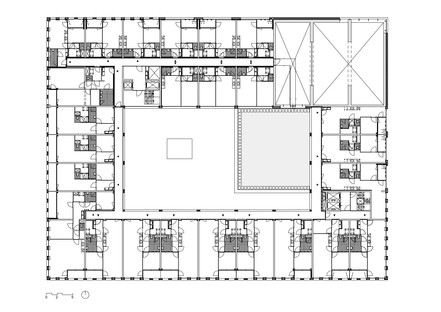 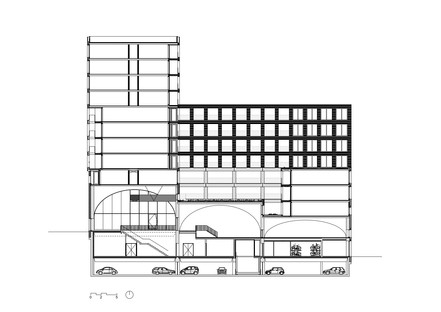 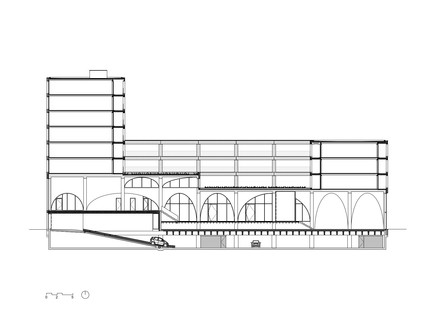 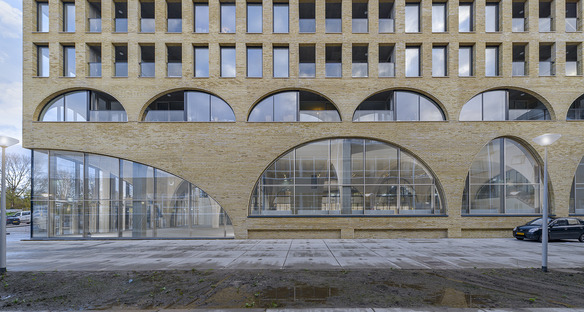 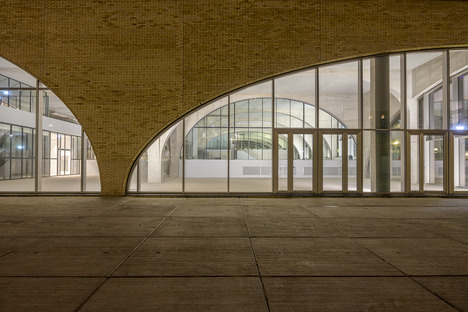 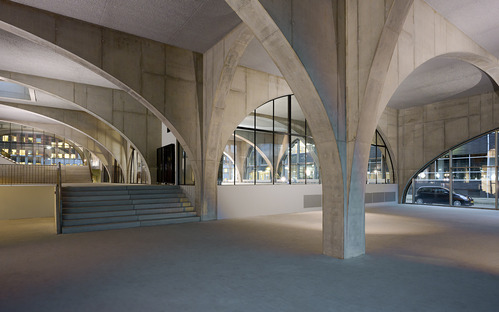 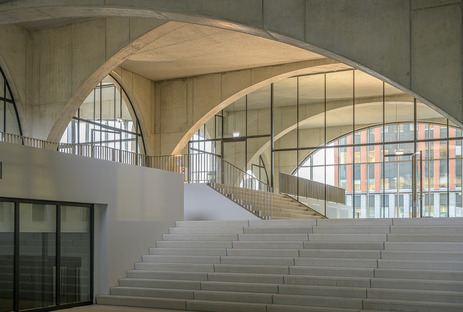 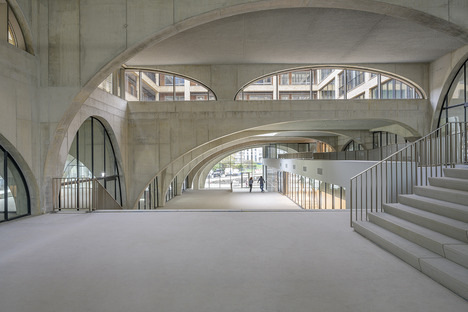 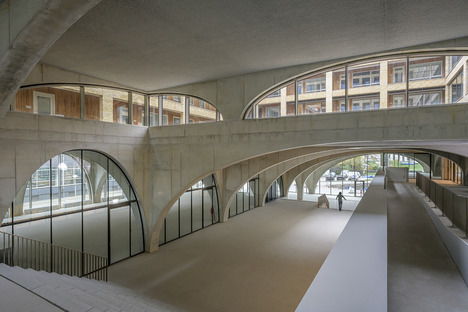 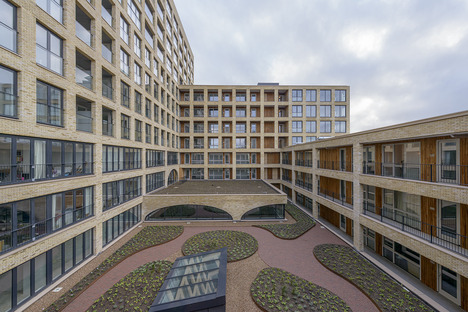 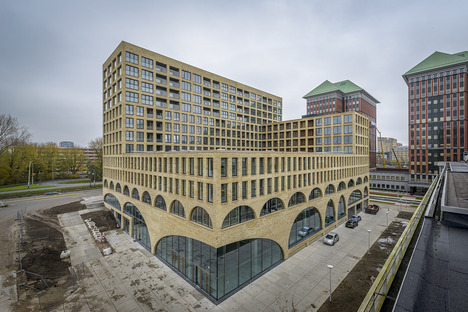