The Slovakian firm B.K.P.Š. has built a concrete house along a sloping lot in the capital city of Bratislava, designed to dominate the landscape. 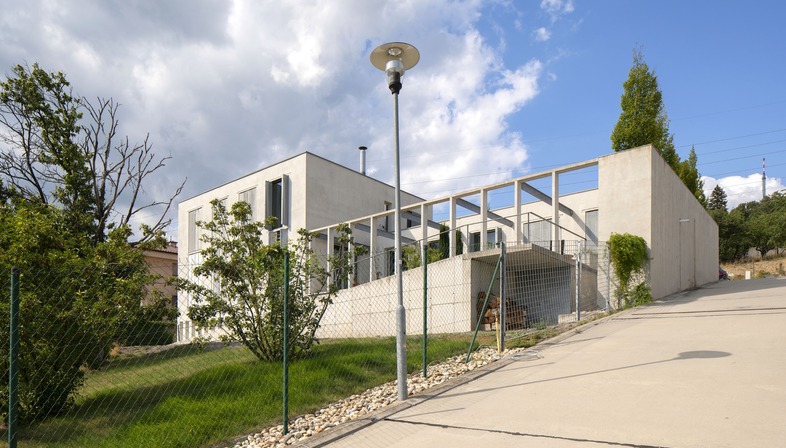 Along the slope of a hill emerges a house inspired by Otto Wagner’s Viennese geometric art nouveau, built with concrete with wooden interiors. At first sight, this work designed by the Slovak architecture studio B.K.P.Š. might even go unnoticed. Yet taking a closer look at the structure, with its rigorous setting and simple volumes, one immediately understands that the architecture is a contemporary interpretation of the Zweite Villa Wagner on Hüttelbergstraße, in Vienna. Its compositional profiles dominate the garden that rapidly slopes downwards, yet which also develops with the addition of simple spaces along the main axis, the same axis on which a hanging garden and a cubic volume have been incorporated, the real lung of the residence.
But the most interesting aspect is noting precisely how the designers have chosen to make the structure itself a decorative element. The cube containing the living area on the ground floor and the bedrooms on the upper floor has, in fact, been structured to be covered by a hipped roof, in turn supported in the centre by a dominating square pillar. The middle and roof beams are, in turn, connected to the pillar, a structural choice that has made it possible to enhance the natural lighting of the space by inserting translucent coffers in the ceiling that allow light to flow in from the top. Another interesting aspect is that when observed from the outside, the long and tall windows suggest that inside we will find a hypothetical and unique double volume space. The reality, however, is quite different, as the double height of the windows is broken up in the middle by a small horizontal profile, an architectural element that is not part of the head of the roof slab, but the element that instead divides the internal space into two floors. The visual effect observed on the façade was, in fact, achieved thanks to a clever yet invisible structural game, made possible by the architects by creating a recess in the internal slab where the windows are placed, precisely to obtain this optical effect that makes it seem non-existent from the outside, thus visually slimming down the large cube of plastered concrete that would otherwise have presented a much stubbier appearance. 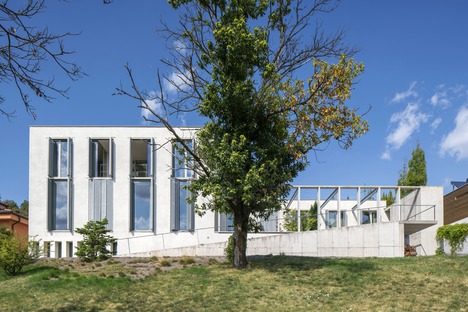 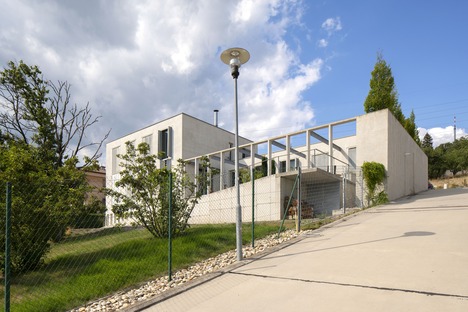 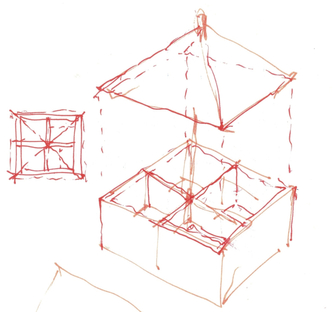 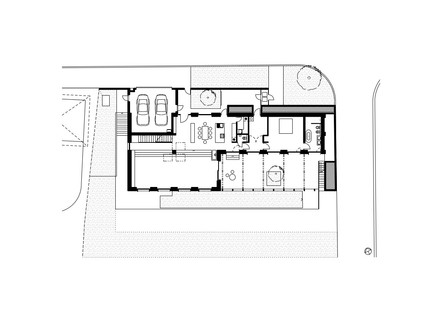 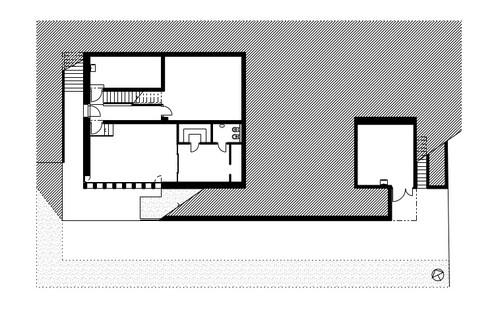 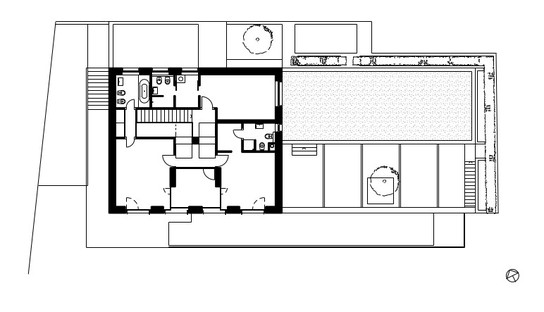 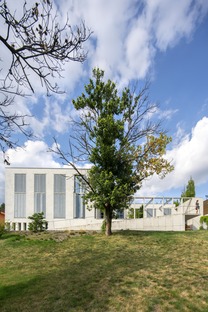 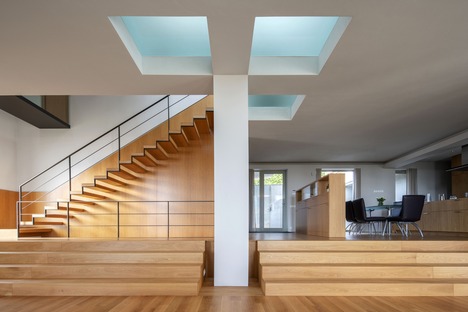 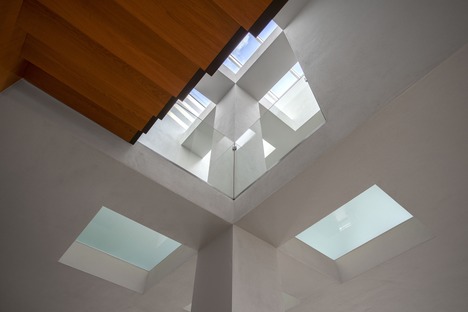 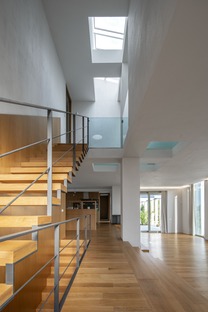 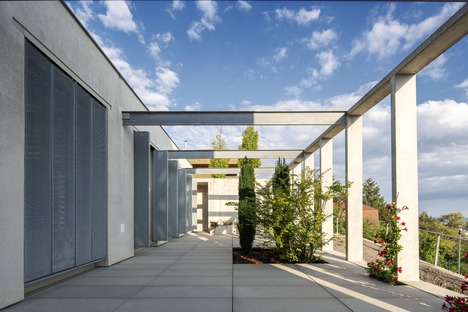 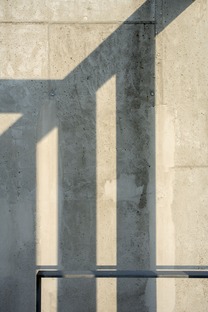 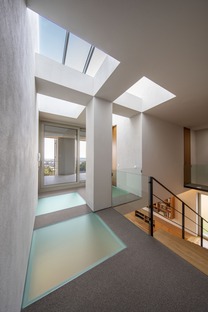 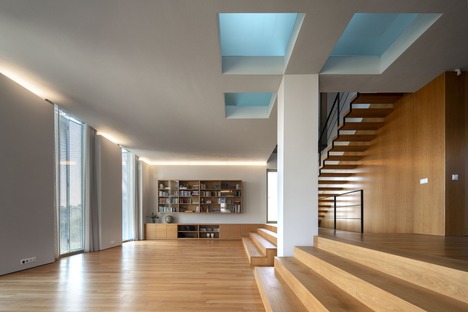