In Switzerland, Lindt Home of Chocolate designed by the Christ & Gantenbein architecture firm is a brilliant project characterised by glazed bricks and reinforced concrete. 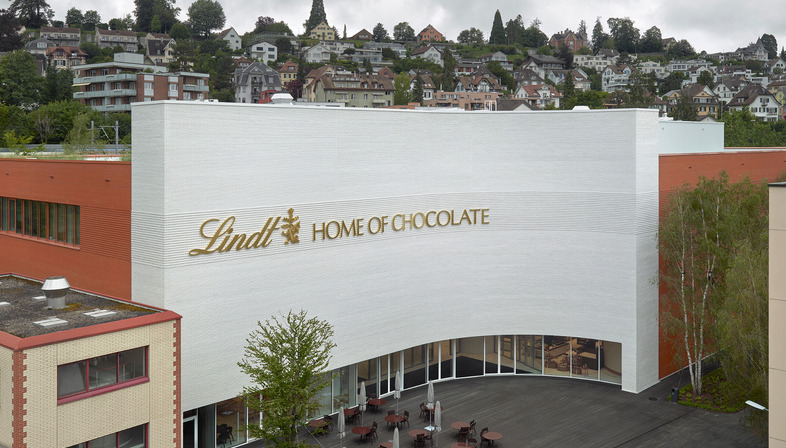 In Kilchberg, Switzerland, the Christ & Gantenbein architecture firm has designed the Lindt Home of Chocolate building in traditional and glazed bricks. Inside, the building has a grandiose, reinforced concrete core.
Built for one of the most famous chocolate firms in the world, the Lindt Home of Chocolate is inserted in a neighbourhood already dense in buildings, some of which go back to 1845. Given the location and the presence of buildings with different characteristics and architectural styles, the architects, in search of innovation, designed the outside as an envelope made of two types of bricks: on the one hand, classic red bricks and on the other, on the façade of the entrance hall, bricks glazed with an interesting white enamel, on which the name and logo of the firm stand out in gilded steel.
Surprisingly, the inside of the building is very different from the outside: the huge hall (64 metres long and 13 metres wide) takes light from the roof, while the entire structural and masonry system has been created in concrete. The external curtain wall is structurally made of traditional pillars and continuous masonry in the corners. A choice made by the architects to help reinforce the long perimeter frame, which is then articulated to support the internal structure and the roof. The latter was in fact built using large box-shaped beams surmounted by four oblique stepped sheds, which inside open up into as many large round lacunars, designed to be in line with the formal style chosen for the atrium. Here, however, the structure of the building changes, with the two rows of seven reinforced concrete pillars taking on a functional role as well as a structural one, consequently also modifying their relative sizing. On one side there are three full pillars, which thanks to their mushroom shape support the large gallery, while the other four were conceived to be hollow, only playing a collaborative function. On the opposite side, instead, the two solid pillars are much larger, as they support two airy spiral staircases, while two more house the elevators. The remaining three – also round and hollow – actively contribute to the structural whole, just like their counterparts on the other side.
The result is quite impressive, also thanks to an extensive use of marble. 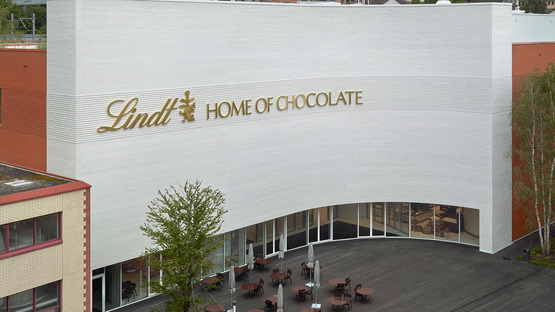 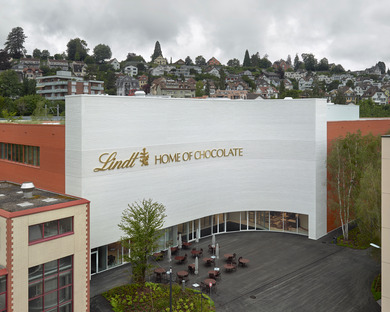 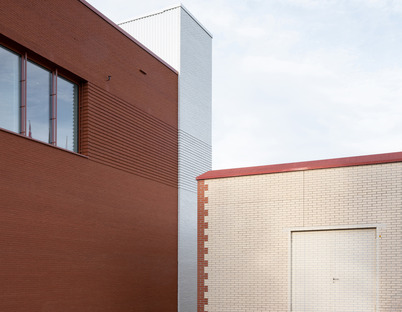 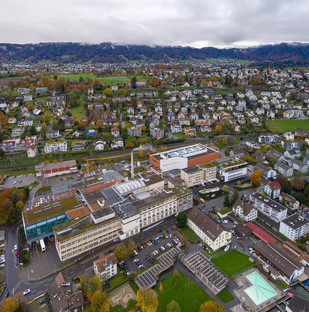 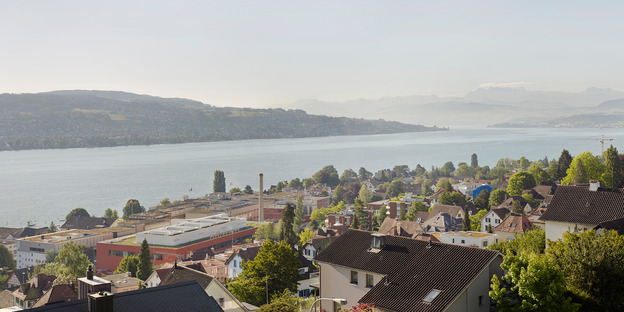 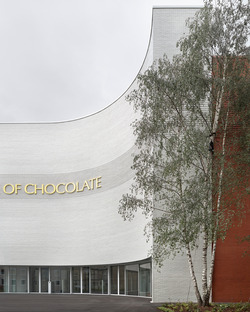 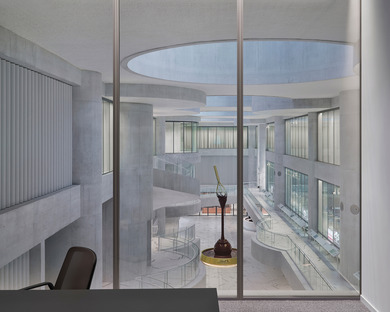 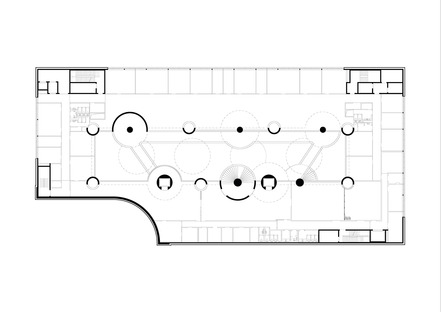 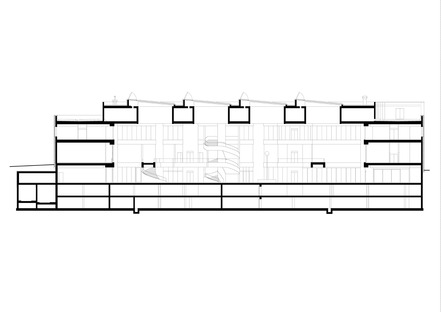 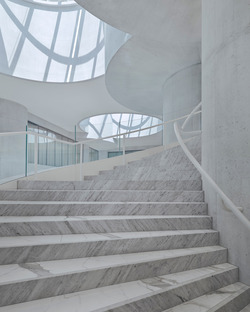 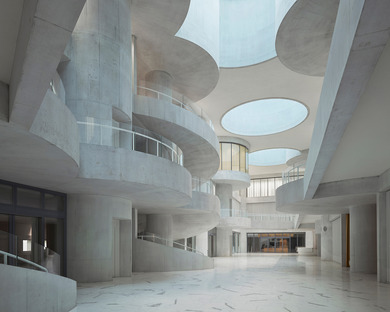 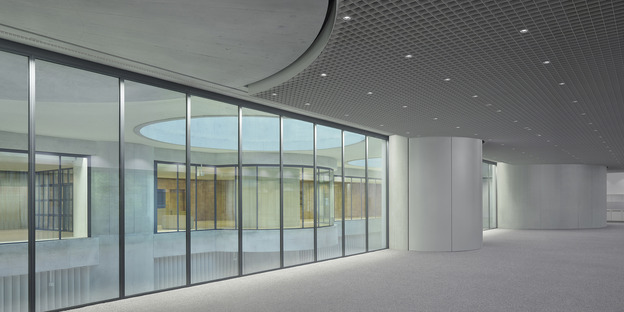